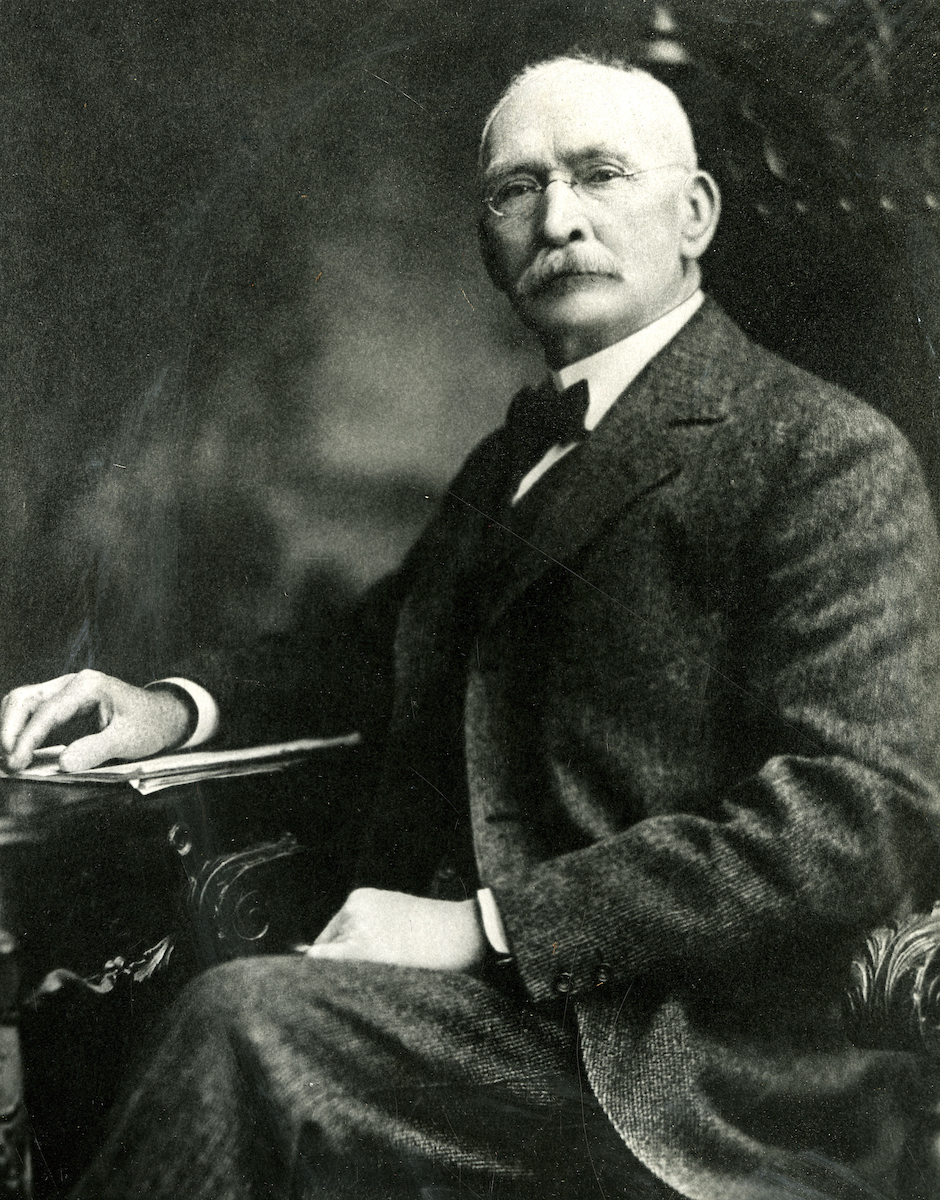 Andrew Jackson Rider, Rider University’s namesake, was born in Genoa, Livingston County, Michigan. He graduated from Michigan’s Howell Seminary (1861) and Hillsdale College (1864), and the Bryant & Stratton Business College in Chicago (1865). He began his teaching career at the Bryant, Stratton and Whitney Business College of Newark, New Jersey, in January 1866.

In June 1866, Rider was sent to take charge of the Trenton Business College, founded by William Whitney in 1865 as another branch of the Bryant & Stratton chain of business colleges. In July 1866, the school was sold to Joseph Beecher, who retained Rider as a teacher and administrator of the school’s curriculum. In 1868, Rider became part owner and associate principal of the school. Two years later, Rider became the school’s principal/president when Beecher left and sold his share to William Allen. Rider continued as principal/president until he left to begin his cranberry farms in 1873. Rider returned to the school as its business manager in 1878. He became sole owner of the school in April 1880 and remained the school’s principal/ president/ proprietor until his retirement in 1900.

Rider helped steer the fledgling business school through a period of significant growth. He initiated typewriting and shorthand programs, athletic teams, and oversaw the development of the college into one of the leading business schools in the tristate region. Rider also established the first endowment and scholarship for the College in 1922.

Rider also earned international acclaim as the Cranberry King of New Jersey. The title came by virtue of his 500 acres of cranberry bogs near Hammonton, New Jersey, and his efforts at promoting the cranberry in England.