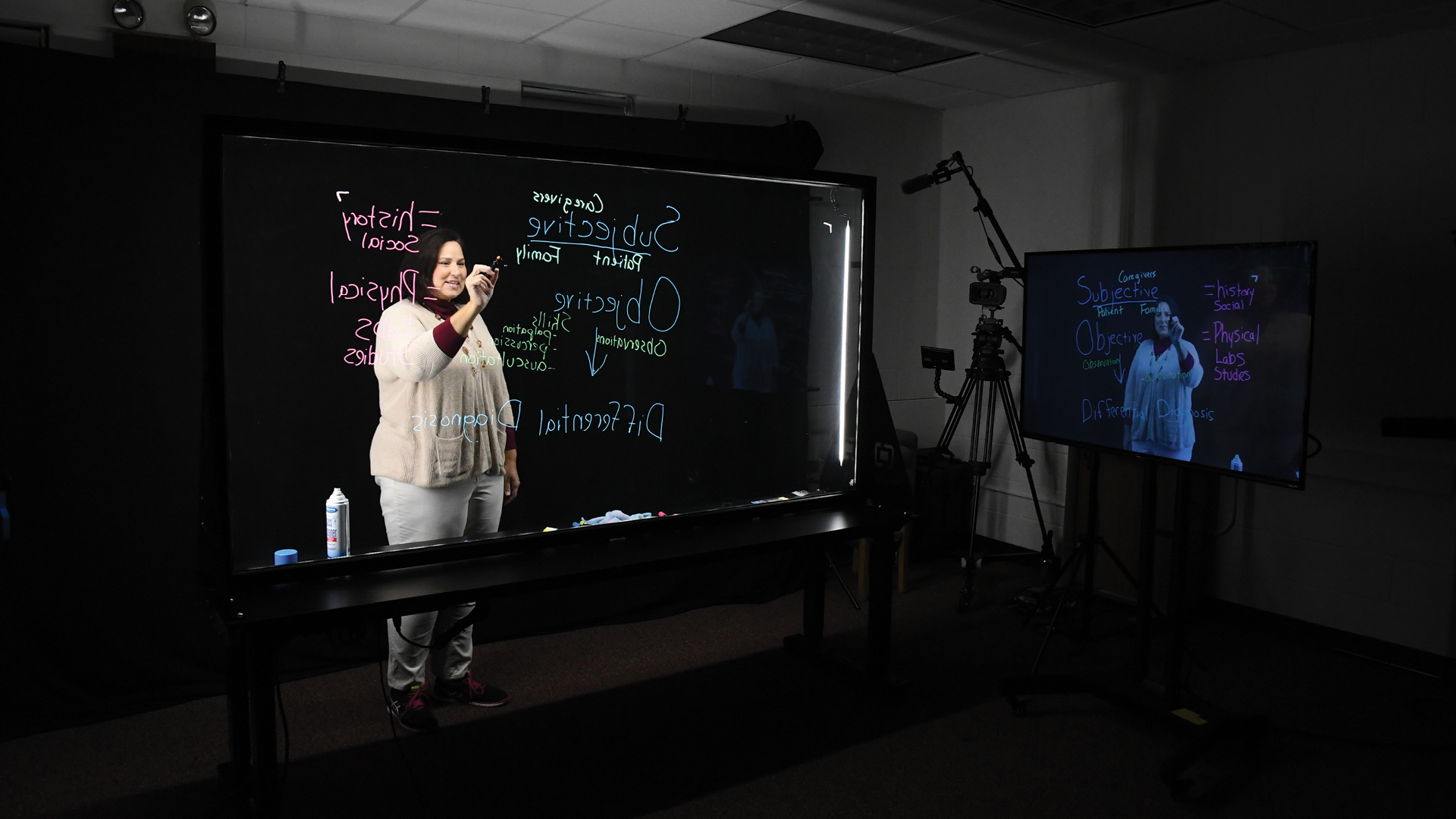 “Why weren’t we doing this all along?”

Trent Blanton has been asking himself this question lately, as some aspects of remote instruction prove to be, from his perspective, undeniable improvements.

When the pandemic compelled Rider to institute remote instruction in March, Blanton, an associate professor in Rider’s Department of Theatre and Dance, was barely aware Zoom existed. At the time, he could conceive how some parts of the curriculum, such as voice lessons or script analysis, could be delivered from afar using technology. But an interactive discipline like acting?

He was skeptical he could replace the live communal experience of theatre. But the circumstances left little choice. It was, Blanton says, like staring into a tsunami. “You can’t get out of the way, so better to hold your nose and dive in.”

This fall, Blanton brought in industry experts from around the country as guest speakers. He spearheaded a new formal partnership with Clark Atlanta University, a historically Black university, to diversify the curriculum. He oversaw a “spectacular” student cabaret performance, with none of the performers in the same space — all from a home teaching studio he has steadily built and added to since the coronavirus turned education upside down last spring.

Blanton has come to see the successes of remote instruction as necessary innovations likely to persist after the pandemic recedes. “There were technology skills that students were lacking and we were lacking ourselves as professors,” he says. “What’s happened is going to change the way universities teach and bring teaching into the 21st century.”

Rider, like so many institutions of higher education, had to learn these lessons in a pressure cooker. As the scope and severity of the pandemic crystallized in March, offices and residence halls were vacated with little warning.

Rider started the abrupt transition from a strong position, staff from the University’s Teaching and Learning Center say. TLC, as the Center is known around campus, provides regular programs and services designed to enhance Rider’s teaching mission. Through years of working together, faculty and staff trusted each other and could build off strong existing relationships. Plus, the University had already been offering online programs for more than a decade, and Zoom training had actually begun the previous fall.

“We were ahead of the game,” says Senior Instructional Designer Kweli Snowden.

John Gleavy, the coordinator of distance learning, adds, “It’s not like we didn’t have any bumps in the road, but we had much more capacity and infrastructure than the vast majority of schools.”

Led by Dr. Heeyoung Kim, the director of faculty development, the team consistently worked 14-hour days as the University braced for a swift pivot to remote instruction following an extended spring break. The pace barely let up as it became clear summer and then fall would follow a similar pattern.

This semester, few classes took place with professors teaching students in a classroom 100% of the time. This highly unusual structure is almost guaranteed to change once a vaccine is introduced and the health threat weakens, but some features are at least as likely to continue than not.

"Our classrooms will never be the same after the coronavirus crisis, and everyone in TLC looks forward to working with faculty as we continue to find ways to support the flexibility that allows all students to succeed," Kim says.

The delivery of lectures is one of the most likely features to be permanently changed because of the pandemic, the TLC staff says. Pre-recorded lectures delivered asynchronously, they say, leave more time to teach the application of lessons during valuable in-person learning sessions.

“We’ve received great feedback on instructional videos from students and faculty,” says Kim. “Students are finding value in being able to speed them up or slow them down and watch them on their own time. I believe they’re here to stay for good.”

Blanton has no intention of fully reverting to the previous model. “I’m ready for us to get back together in person but still use a hybrid system where we can use the technology when we can,” Blanton says.