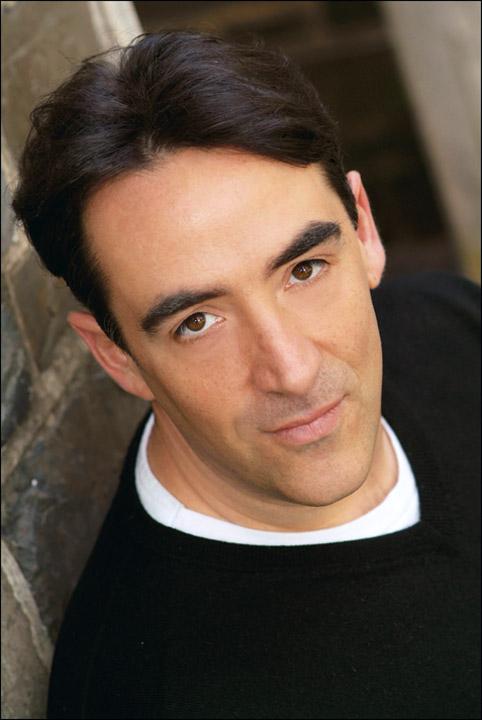 Trent Blanton is an Associate Professor of Theatre in Westminster College of the Arts of Rider University. A proud active member of Actor’s Equity and the Society of Directors and Choreographers, Trent’s professional acting credits include: Young Frankenstein, La Cage Aux Folles (Forestburgh Playhouse, where he is also an Associate Artist and Resident Director). The Gun Show, The Goldilocks Zone and Slippery as Sin (Passage Theatre Company), A Christmas Carol (Actors Theatre of Louisville), 1776 (Ford’s Theatre, Pittsburgh Civic Light Opera); Fiddler on the Roof (Starlight Musicals of Kansas City & The MUNY of St. Louis); A Christmas Carol, Romeo & Juliet (Alliance Theatre); A Midsummer Night’s Dream, The Merchant of Venice, The Taming of the Shrew (Georgia Shakespeare); and Masada (York Theatre NYC). Trent played virtually every major city in North America in the Broadway National Tour of Les Miserables and appeared in the Chinese premiere with Colm Wilkinson at the Shanghai Grand Theatre.

Professional directing credits include A Murder is Announced, Oliver! To Kill a Mockingbird, Crazy for You, Steel Magnolias, Baskerville, The Mystery of Irma Vep (Forestburgh Playhouse); National One Minute Play Festival at Passage Theatre; Company (Florida Atlantic Festival Rep); Eurydice and The Jacques Brel Project (Florida Atlantic University); Romeo and Juliet and The Winter’s Tale (co-direction) and Urinetown (McCarter Theatre Education Programs); and Verdi’s opera, Falstaff (Westminster Opera Theatre). Rider productions include Anatomy of Gray, Striking 12, A Midsummer Night’s Dream, The Laramie Project, Our Town, The Crucible, Metamorphoses, The Praying Mantis, The Penelopiad, She Kills Monsters, Once on This Island, Theory of Relativity, Sophocles: These Seven Sicknesses and Bright Star. For his direction of Rider’s productions of The Crucible and Metamorphoses, Trent received an award for excellence in Directing from the Kennedy Center/American College Theatre Festival. His productions of Theory of Relativity, These Seven Sicknesses and Bright Star were recommended for inclusion in the regional ACTF festival for the past two seasons. Trent currently serves as the Director for the Rider Pre-College Musical Theatre Institute where he directed the cabaret series and the productions of Chicago, Madagascar, Legally Blonde and Xanadu. Upcoming productions include The Woman in Black for Forestburgh Playhouse and We Will Rock You, a musical based on the music of Queen for the summer Pre-College Musical Theatre Program.

While Trent was on the Les Miserables tour he taught master classes nationally at Brigham Young University, University of Cincinnati College/Conservatory of Music, The Choate School, Young Playwrights of Washington, DC and University of Texas at El Paso. He continues to be a guest faculty member at the Springer Theatre Academy in Acting and Musical Theatre. He has served as an instructor for the Georgia Shakespeare Festival while touring the southeast with the company. He also served on the faculty of Georgia College where he taught Voice and Movement and Styles in Acting. He has conducted numerous master classes in Auditioning as well as the Michael Chekhov Technique for the Southeastern Theatre Conference. This past year he had the honor of being a guest teacher in Musical Theatre and the Michael Chekhov Technique for the National Association of Teachers of Singers Conference at Rutgers and The College of New Jersey. He has conducted workshops for the NJ Thespians as well as coordinates their College Auditions. This year, he organized the first Out-of-Region screening audition for the Southeastern Theatre Conference Professional Screening Auditions. He has also previously served as the chair of the Acting Committee for the organization as well. Trent serves as a production respondent for the Kennedy Center/American College Theatre Festival and yearly as a respondent to Shakepearience on the Rider University campus.

Trent holds an MFA in Acting from Florida Atlantic University where he was the recipient of the Joshua Logan Fellowship and a certificate in the practical study of the Michael Chekhov Technique with the Michael Chekhov Association. Trent is also a member of the National Alliance of Teachers of Acting. For Rider, Trent teaches acting in both the Acting (Chekhov and Shakespeare) and Musical Theatre (Scene Study, Song as Text and Audition Prep) programs at Rider University. He has classes in Devised Theatre, Acting for the Graduate Singer (for Westminster Choir College) and Movement for the Actor. He is currently developing the new BFA program in Acting for the department as well as assisting in redesigning the current Bachelor of Arts programs. He serves as advisor for the students pursuing the Bachelor of Arts degree in Musical Theatre as well. Trent is married to fellow professor Rebecca Simon and has a perfect Labrador Retriever named Tony.