Athletics / Athletics Campaign
This slideshow is not enabled

Since 2005, Rider University has invested in a variety of athletics facility enhancements including:

Since then, we have completed:

I’ve learned from my years in higher education that a successful athletics program can be an invaluable window into a university. We should always work hard to ensure that the window through which people see Rider offers the best view of what we stand for as a university and what we see as institutional priorities now and for the future.

I’m confident the new Alumni Gym/Arena will generate a lot of excitement for the University and will be a source of great pride for our students and alumni as well as our fans in the community. In so doing, it will advance our reputation academically and athletically and will improve the co-curricular and residential experiences for our students.

I look forward to partnering with our current and future donors as well as our coaches and student-athletes to achieve this level of success for the benefit of those who represent us on the court as well as those who will cheer them on. 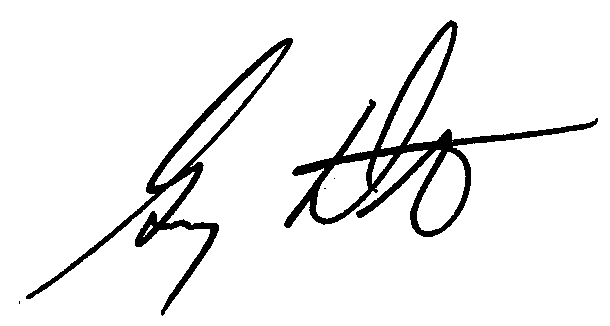 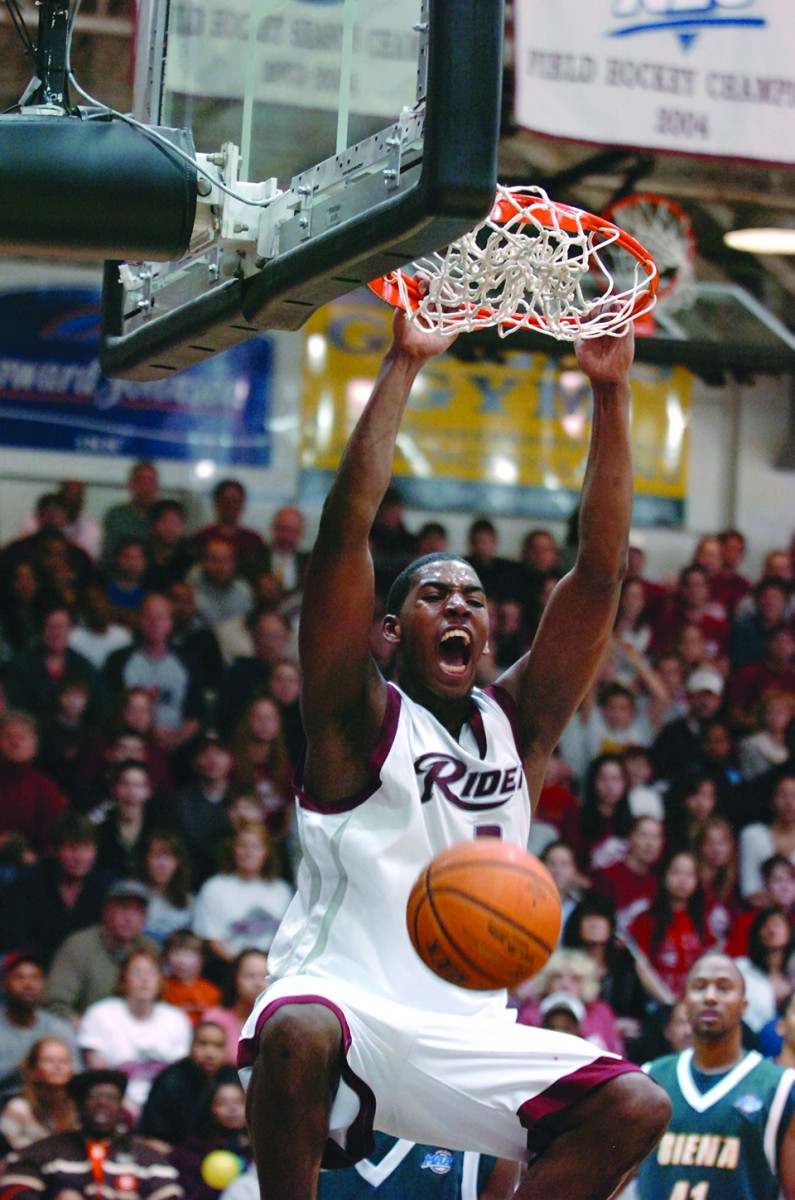 • Only player in MAAC history to total more than 2,000 points and 1,000 rebounds in a career
• Named the 2007-2008 Metro Atlantic Athletic Conference Player of the Year and earned All-America honors from the Associated Press senior year
• Rider retired his uniform number – the number one – at a 2009 ceremony in Alumni Gym
• Sacramento Kings first pick in 2008 NBA draft, 12th player selected overall
• Played all 82 games in rookie season, averaging 11.1 points and 7.4 rebounds per game.
• Longest tenured Sacramento King in the team’s history

“I owe a lot of my success to the great coaches, professors and administrators I met during my four years at Rider University, because without their constant guidance and support, I would not be playing in the NBA. Major enhancements to Alumni Gym will give current and future students at the University an even greater opportunity to achieve their goals.” 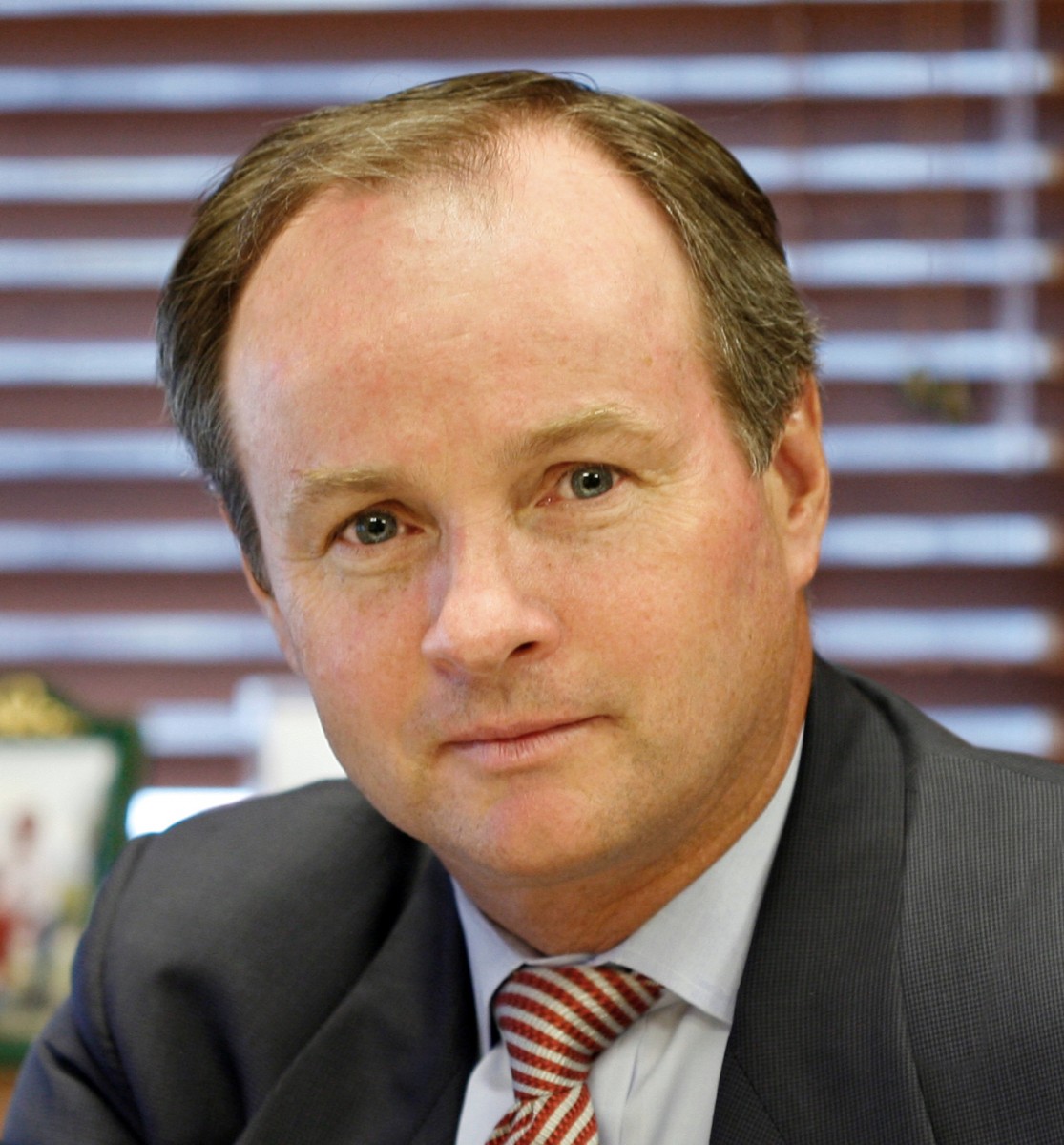 • As a result of his generosity and in demonstration of Bill's modesty, the Grand Entrance Lobby will eventually be named not for himself or his family, but for a favorite political science professor of his, Dr. Frederick Yeager, a survivor of the Bataan Death March
• Played a transformational role in the campaign for Rider's new baseball field. As a direct result of his philanthropy, Sonny Pittaro Field is now widely considered the best baseball facility in the MAAC
• Executive committee chairman at Cahill Gordon and one of the most successful and sought-after lawyers in the country today

"Bill’s strong and historic commitment to Rider has, in the past decade, made the University a better place to live, learn and play. It is his support for the Gym Campaign, however, that has truly put Bill in a league of his own. His support of this campaign illustrates his larger commitment to transforming our campus for the benefit of current and future generations." 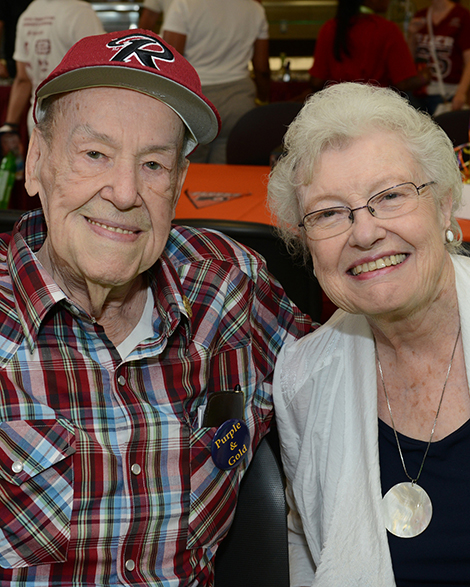 • Rider softball field was named after Herb and Joan Young in honor of their generous contribution to the renovations of the field as well as their outstanding loyalty to Rider Athletics
• Namesake of the Herb R. Young '50 Award, which is presented each year at the Rider Athletics Hall of Fame ceremony to the individual or individuals who have exhibited conspicuous dedication to Rider Athletics over the course of their lifetimes
• Member of the Rider Athletics Campaign Committee; past member of the Athletics Hall of Fame committee; past president and long-standing member of the Alumni Association Board of Directors; contributor to the Student Recreation Center and Van Cleve Alumni House Campaigns as well as to our student-athletes
• Past recipient of Rider's Gordon E. Prichard Award for Volunteer Service
• Founder of the Delta Sigma Pi fraternity scholarship endowment and continues to be active with fraternity activities
• Volunteer who raised funds for the first Alumni Gym Campaign in the early 1950s that culminated in the building completion and first game in 1958

“I'm proud to support the Rider Athletics Campaign because of its positive impact on future student-athletes and our programs. As a long-time supporter of Rider Athletics, I've been pleased to see the improvements made over the years to the athletics facilities. Rider provides its student-athletes with a meaningful and first-class experience, and I'm excited the University is taking another step forward.”

Check back for more profiles to come in the future Rider University received a generous contribution from Stark & Stark for its athletics campaign.

Stark & Stark, represented by Lew Pepperman and Cyndi Mark, presented the donation to Jonathan Meer, Rider’s vice president of Advancement and Don Harnum, director of Athletics. Pepperman is the Co-Managing Director of Stark & Stark and has been a member of the Rider Board of Trustees since 2010. Mark is Stark & Stark’s Director of Marketing Operations and Rider alumna of 1992.

“We are extremely thankful for Stark & Stark’s generous contribution” Meer said. “Both the firm corporately and Lew personally have long distinguished themselves as champions of worthy causes in the local community.”

Pepperman added, “Our law firm has always been committed to giving back to our community. Rider is doing a great job in educating our next generation of leaders. We are proud to do our part in helping Rider achieve their goals.”

Harnum is also appreciative of the support from the firm. “We are grateful to Stark & Stark for their help in enhancing the Rider athletic experience for all.” • Contributions from Bill and his lovely wife, Joan, have helped Rider complete important facility projects including the construction of Lynch Adler Hall and the renovation of Van Cleve Alumni House. Other gifts supported the creation of the William M. and Joan Rue Endowed Scholarship (in support of Rider business students) and The President Rozanski Sesquicentennial Scholarship to commemorate Rider's 150th anniversary and former president

• Rue Insurance is a comprehensive insurance agency that offers policies to both businesses and individuals. The company has been in the Rue family for four generations and has grown to 75 employees serving over 8,500 individuals and 3,000 businesses in 44 different states. Rue Insurance was named 2014 Outstanding Small Business of the Year by the MIDJersey Chamber of Commerce

"Bill and his family’s firm have made substantial and impactful philanthropic commitments to Rider over many years. Bill’s backing of the Athletics Campaign is another example of his generous spirit and willingness to help make Rider a university of choice for future student-athletes and those who will cheer them on."

Check back for more profiles to come in the future 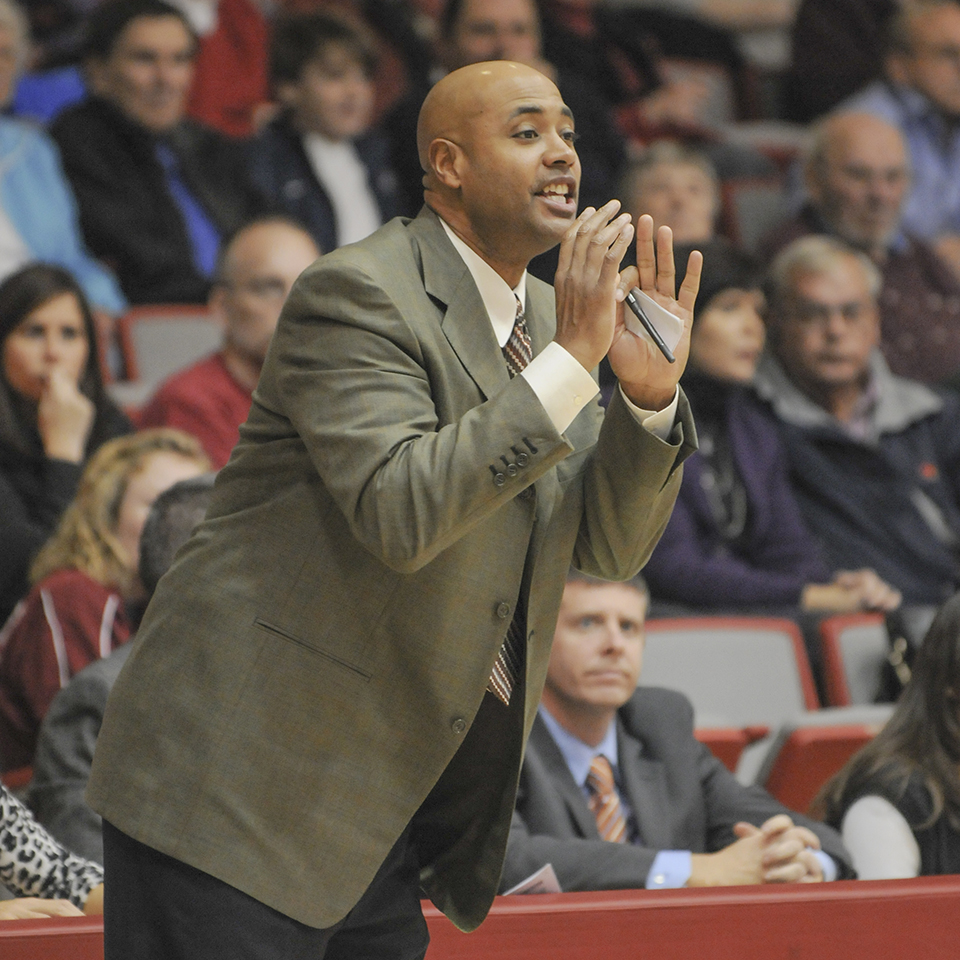 We have made significant progress in upgrading our basketball facilities the last several years. The addition of the practice facility, new offices and locker rooms have improved our player development and our recruiting efforts. The next phase remains a vital piece of the puzzle to complete the vision of having one of the best mid-major facilities in college basketball. 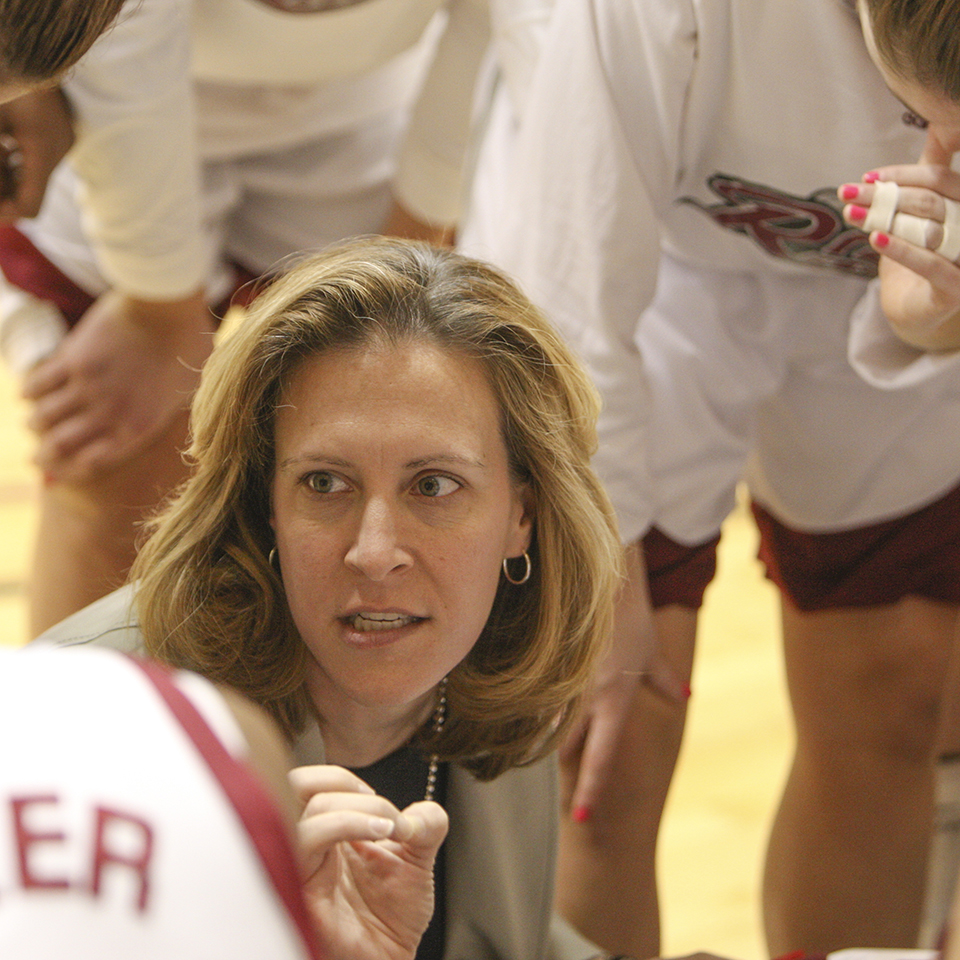 Rider Athletics continues to be on the rise and enhance our student-athletes and staff everyday. After spending over a full year with our new upgraded facilities, I struggle to find the words to adequately express its importance and impact on our program. The locker room gives our players a place of their own where they can all be together, the offices gives myself and staff an extremely conducive work environment to help achieve our goals and the practice facility gives our players and coaches the availability to become better at our craft on an hour to hour and day to day basis. We are extremely grateful to our athletic supporters who continue to be a big part of our program and its success. 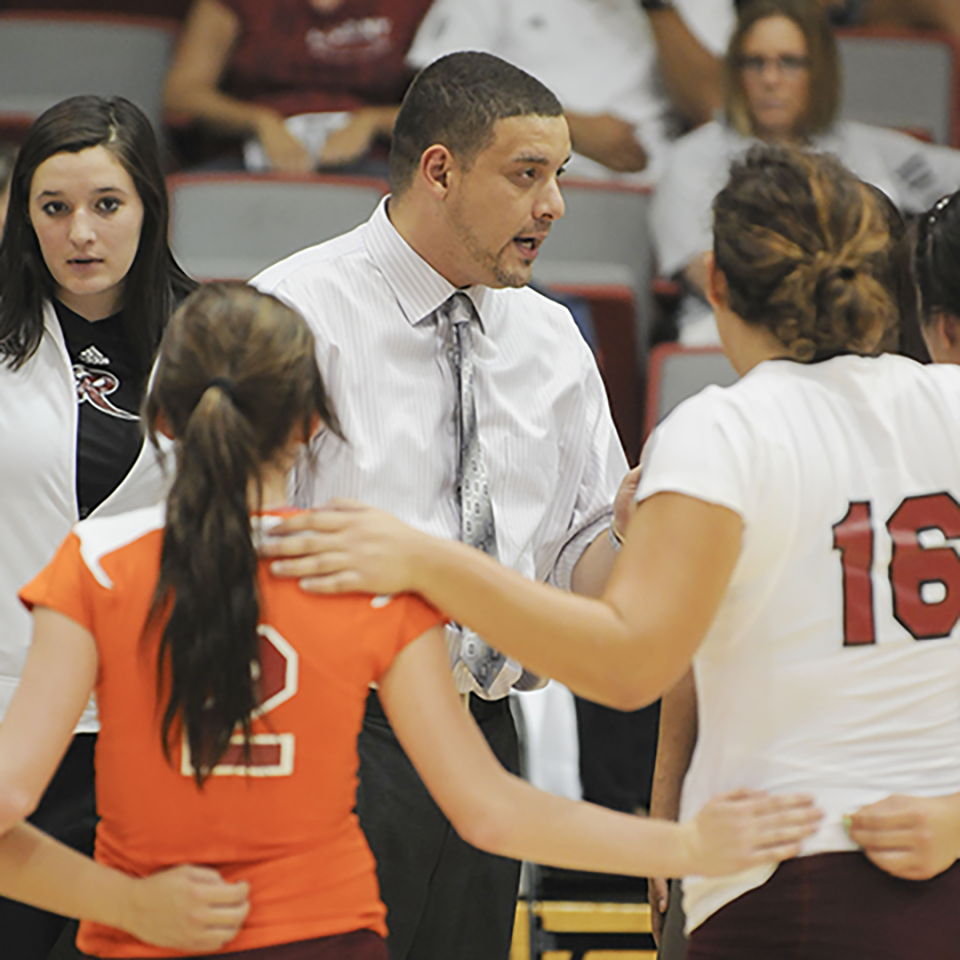 The athletics campaign fundraising initiative is imperative to the growth of not only the volleyball program, but the entire department. A better venue would certainly increase and enhance our opportunities for recruitment and retention of the highest quality student-athletes in the country. A reinvented facility would separate us from our counterparts in the MAAC and other mid-major programs while hopefully increasing the student body's interest in supporting the teams that compete in the venue. Rider University, the Athletic Department and wrestling program would benefit tremendously from the Athletics fundraising campaign. Today more than ever, top notch facilities are a critical component when it comes to recruiting prospective student athletes. New facilities would certainly help level the playing field when we are battling Power 5 universities for the best recruits in the country to attend Rider.