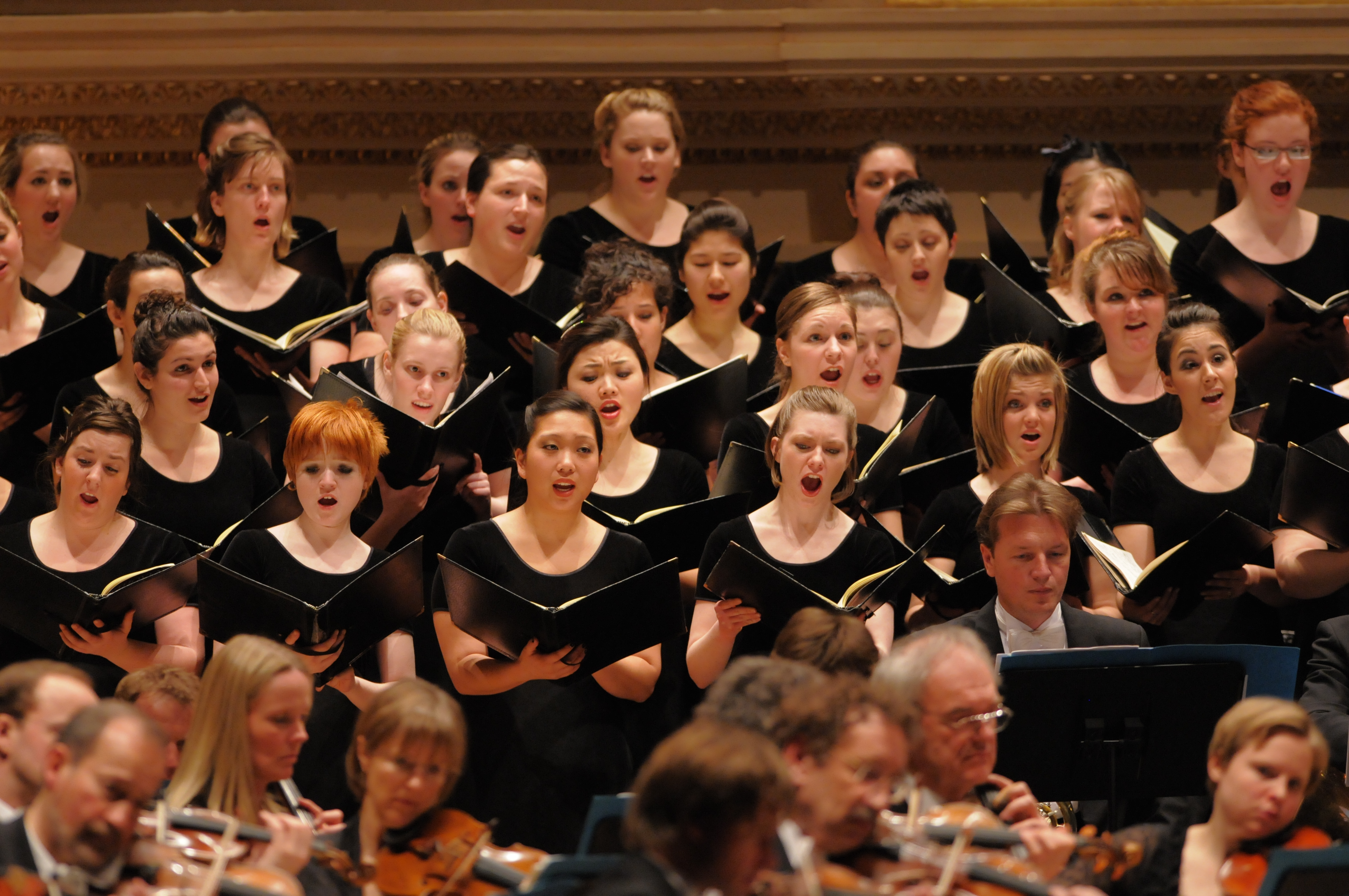 Recognized as one of the world’s leading choral ensembles, the Westminster Symphonic Choir has recorded and performed with major orchestras under virtually every internationally acclaimed conductor of the past 86 years. The ensemble is composed of juniors, seniors and graduate students at Westminster Choir College.

The ensemble’s October 2020 performance of Mendelssohn’s A Midsummer Night’s Dream with the Orchestra of St. Luke’s conducted by Bernard Labadie at Carnegie Hall has been canceled, due to COVID-19.  The ensemble is scheduled to perform Ravel’s Daphnis and Chloé with The Philadelphia Orchestra conducted by Stéphane Denève in February and Charles Ives’ A Symphony: New England Holidays, also with The Philadelphia Orchestra, conducted by Michael Tilson Thomas, in March.

Recent seasons have included performances of Verdi's Requiem with The Philadelphia Orchestra and Yannick Nézet-Séguin; Berg's Wozzeck with the London Philharmonia and Esa-Pekka Salonen; Villa-Lobos' Choros No. 10 and Estévez’ Cantata Criolla with the Simón Bolívar Symphony Orchestra of Venezuela and Gustavo Dudamel; Beethoven's Symphony No. 9 with the West-Eastern Divan Orchestra and Daniel Barenboim and Rouse’s Requiem with the New York Philharmonic and Alan Gilbert.