In the belief that a choir of volunteer singers could be trained to perform on a professional level, John Finley Williamson established the Westminster Choir in 1920 at the Westminster Presbyterian Church of Dayton, Ohio. The national prominence achieved by this choir and Dr. Williamson’s conviction that churches could best be served by dedicated, professionally trained musicians led him to found Westminster Choir School at the Dayton church in 1926. Graduates of the original three-year program were called “ministers of music,” a term of reference recognized nationally today. 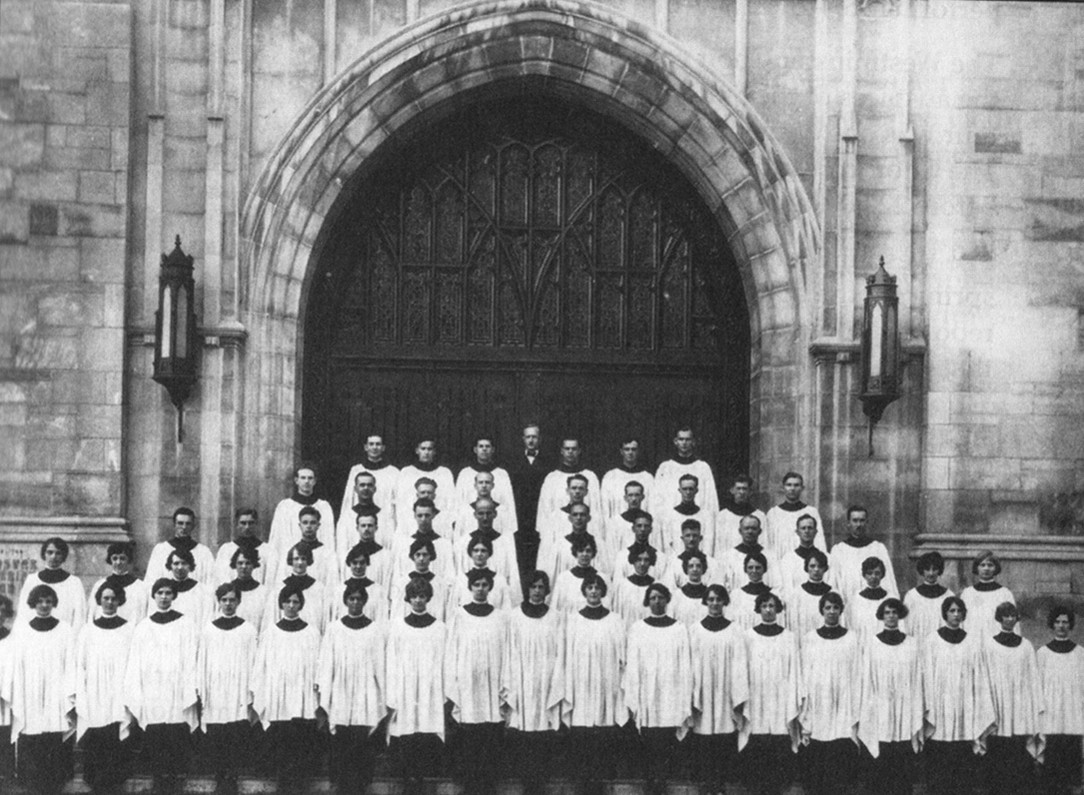 In 1929 the college moved to Ithaca, N.Y., and became associated with what is now Ithaca College, where a four-year program leading to the Bachelor of Music degree was instituted. Relocated in Princeton, N.J., in 1932, it added a master’s program in 1934 and became known as Westminster Choir College in 1939. The move to Princeton was motivated by a desire to provide ready access to the great metropolitan centers and orchestras of the eastern seaboard. Since then the Westminster Symphonic Choir has performed hundreds of times and made many recordings with the principal orchestras of New York, Philadelphia, Washington, Pittsburgh, Boston, and Atlanta. Conductors of the choir have included Bernstein, Ormandy, Steinberg, Stokowski, Toscanini and Walter, and such contemporary figures as Chailly, Leinsdorf, Levine, Macal, Masur, Muti, Ozawa, Sawallisch, Shaw, and Wolff. The choir has also received numerous invitations over the years to sing with such touring orchestras as the Berlin Philharmonic, the Los Angeles Philharmonic, the Royal Concertgebouw, and the Vienna Philharmonic when these orchestras have come to perform in New York and Philadelphia.

The institution has expanded in more recent decades by adding programs in music education, performance, composition, music theater, and a Bachelor of Arts in Music degree.  Westminster Choir College merged with Rider University in 1992.

In 2007 Rider University established the Westminster College of the Arts, integrating Westminster Choir College and the School of Fine and Performing Arts, offering programs on Rider’s campuses in Princeton and Lawrenceville.