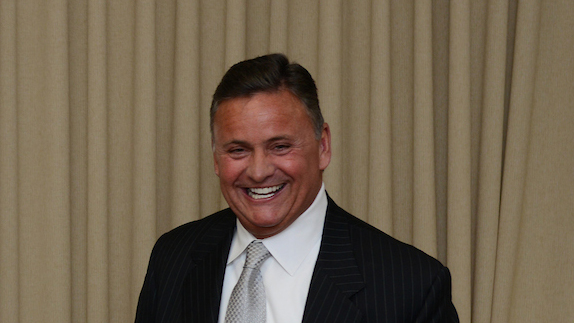 “We are incredibly saddened by Mike's untimely passing,” said Rider President Gregory G. Dell’Omo, Ph.D. “Mike was a passionate member of the Rider community, continuously giving back to his alma mater and supporting our students’ growth in countless ways. Our hearts are with the entire Hennessy family during this difficult time.”

Hennessy, who earned a bachelor’s in political science from Rider, was the founder and chairman of the largest privately held independent, full-service medical media company in North America, MJH Life Sciences. He served as a Rider Trustee for nine years, completing his third three-year term in 2017.

Hennessy was a passionate alumnus and consistent champion of Rider, supporting the Annual Fund and the Rider Arena Project and establishing the Hennessy Fund for the Rebovich Institute for New Jersey Politics. In recognition of his long-standing interest in the success of Rider and its students, the University awarded him with the Gordon E. Prichard Award for Volunteer Service in 2017.

“Mike’s contribution in support of the Science and Technology Center was his way of honoring his late wife; they met at Rider,” Dell’Omo said. “Myself along with many members of the Rider community were looking forward to working with Mike to plan the dedication of the building and celebrate the Henessys this spring. We will still find a way to honor Mike and Patti’s remarkable gift.”

A complete obituary can be found here.