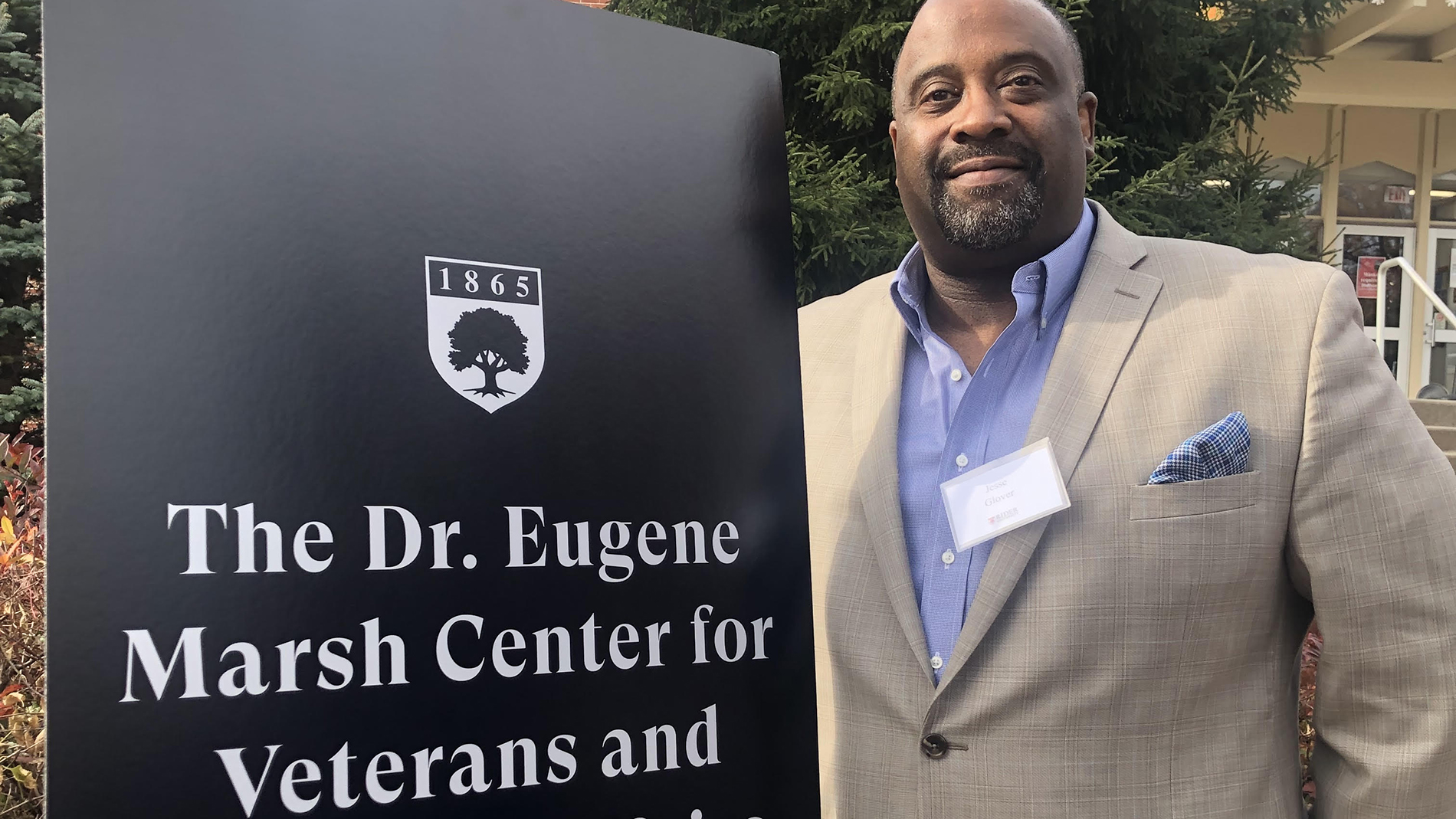 As the supervisor of education for the New Jersey Department of Corrections, Jesse Glover helps motivate those who are incarcerated to pursue their education. They motivate him as well.

“Many of my students are facing several years of incarceration but still make education their main priority,” says Glover, who chose to enroll in Rider’s Doctor in Educational Leadership program in 2019 after years of witnessing his students, who range in age from 18 to 65, study their lessons, some beginning on a second-grade level. “I was inspired by their dreams.”

Glover will graduate on May 12 with a doctorate, his third degree. His dissertation examined how schools can be more effective in recruiting and supporting Black men who want to become teachers. Glover, who is Black, says he didn’t have a teacher who looked like him until he was in 11th grade.

“If Black students had more opportunities to see Black teachers, they might take education more seriously and also see the profession as a career opportunity for them,” he says.

Glover’s career as an educator began as a second grade teacher in Baltimore after he earned a bachelor’s degree in elementary education from The College of New Jersey. He joined the Department of Corrections, which operates and manages the state's prison facilities, in 2000 and soon after added a master’s degree in administration and supervision, also from TCNJ. His role as supervisor of education is the equivalent of a principal in a traditional school.

In addition to supervising teachers, he helps assess new people in prison and place them in the appropriate grade level. Those under 21 can still earn their high school diploma; anyone older can earn a high school equivalency. It’s also possible for incarcerated people to pursue an associate degree, a bachelor’s degree and up to 15 credits toward a master’s degree.

“This is something we offer as a form of rehabilitation,” Glover says. “It’s very rewarding. It lets me know that they have hope. The students often share stories with me that they want to be a role model for their siblings and nieces and nephews.”

Obtaining an education is also a key to reducing recidivism, Glover says. “The more they learn, the more they mature. When they go through the process, they are much less likely to get in trouble. Their minds are busy. We make sure they have homework every night.”

Each year, the incarcerated students who satisfy their requirements participate in a graduation ceremony, with family in attendance. Normally, it is Glover who is cheering on his students as they near the finish line. This year, they clapped for him after they learned Glover had successfully defended his dissertation.

Many knew he already had a master’s degree. “I have heard some of them say they were going to catch up to me,” he says. “Seeing me changes their perception of education. Now they are starting to call me Dr. Glover. I don’t require it, but I do smile when I hear it.”