This year was one that will never be forgotten. The COVID-19 pandemic up-ended everyday life for the majority of the year, but despite its challenges, 2020 included a number of achievements, milestones and celebrations.

Here are some of the biggest moments from the year.

The pandemic created a new normal that our Broncs have navigated for months. Despite enormous hurdles, the Rider community banned together to support one another, showing that we are better together.

Celebrating the Class of 2020 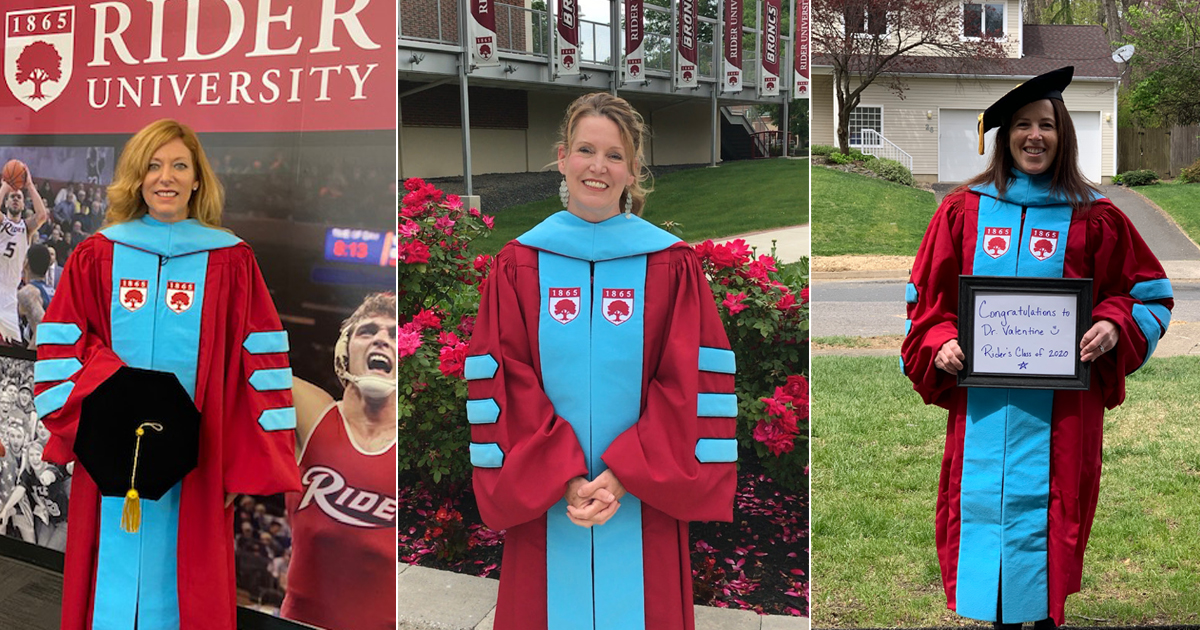 Though a traditional Commencement ceremony was not possible for this year's graduating students, the Rider community celebrated their achievements virtually. Among members of the Class of 2020 were the first graduates of Rider's inaugural doctoral program and the first cohort of Trustee scholars. 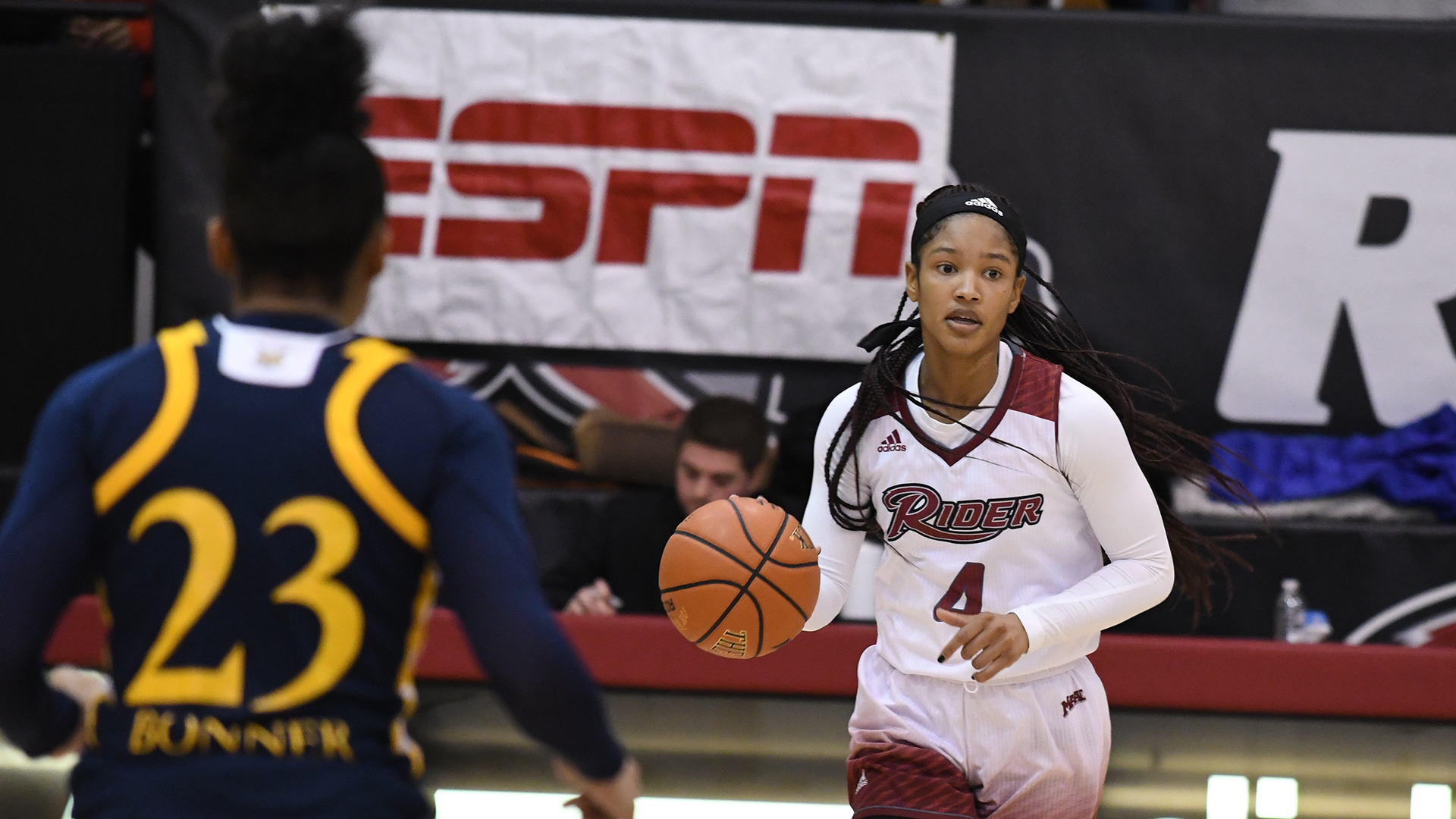 Prior to the pandemic canceling sports for most of 2020, Rider Athletics achieved some milestone moments. Wrestling finished its inaugural season as part of the Mid-American Conference (MAC) with a 7-1 record, claiming first place in the East Division of the MAC. Jesse Dellavecchia ’20 became the Broncs' first-ever Mid-American Conference Champion at 157 lbs. and was joined by senior Ethan Laird, Ryan Cloud '20 and Dean Sherry '20 as NCAA Qualifiers.

Stella Johnson '20 became the first-ever Rider women's basketball player to be drafted into the WNBA. Johnson was selected 29th overall by the Phoenix Mercury. She made her WNBA debut with the Chicago Sky in July before signing with the Washington Mystics in mid-August.

Rider's Lifting Barriers initiative was announced. Lifting Barriers includes a series of new measures intended to strengthen the overall value of a Rider education, including a 22% reduction of annual undergraduate tuition beginning for new students in 2021-22, as well as robust support for career preparation and academic success.

“Because a college education remains one of the most important investments individuals can make in their lifetimes, our goal is to help lift any barrier that prevents a student from thriving at Rider University, including those who assume a private education is out of reach based solely on the sticker price," said Rider University President Gregory G. Dell’Omo, Ph.D.

The Class of 2024's faith in the promise of a college education was undiminished despite the highly unusual circumstances. More than 850 first-year students became Broncs this fall.

This fall also marked a historic milestone for Westminster Choir College with students living and learning solely on Rider’s Lawrenceville campus for the first time ever. In preparation for the historic transition, a number of facilities projects were completed, including renovations to Gill Chapel, Omega House and Moore Library.

Two new spaces opened this year to support students holistically and strengthen Rider’s efforts to cultivate a welcoming climate for its vibrant, diverse community. The new Student Navigation Office opened this summer, while a new space for the Center for Diversity and Inclusion opened this fall, both located in the Bart Luedeke Center. 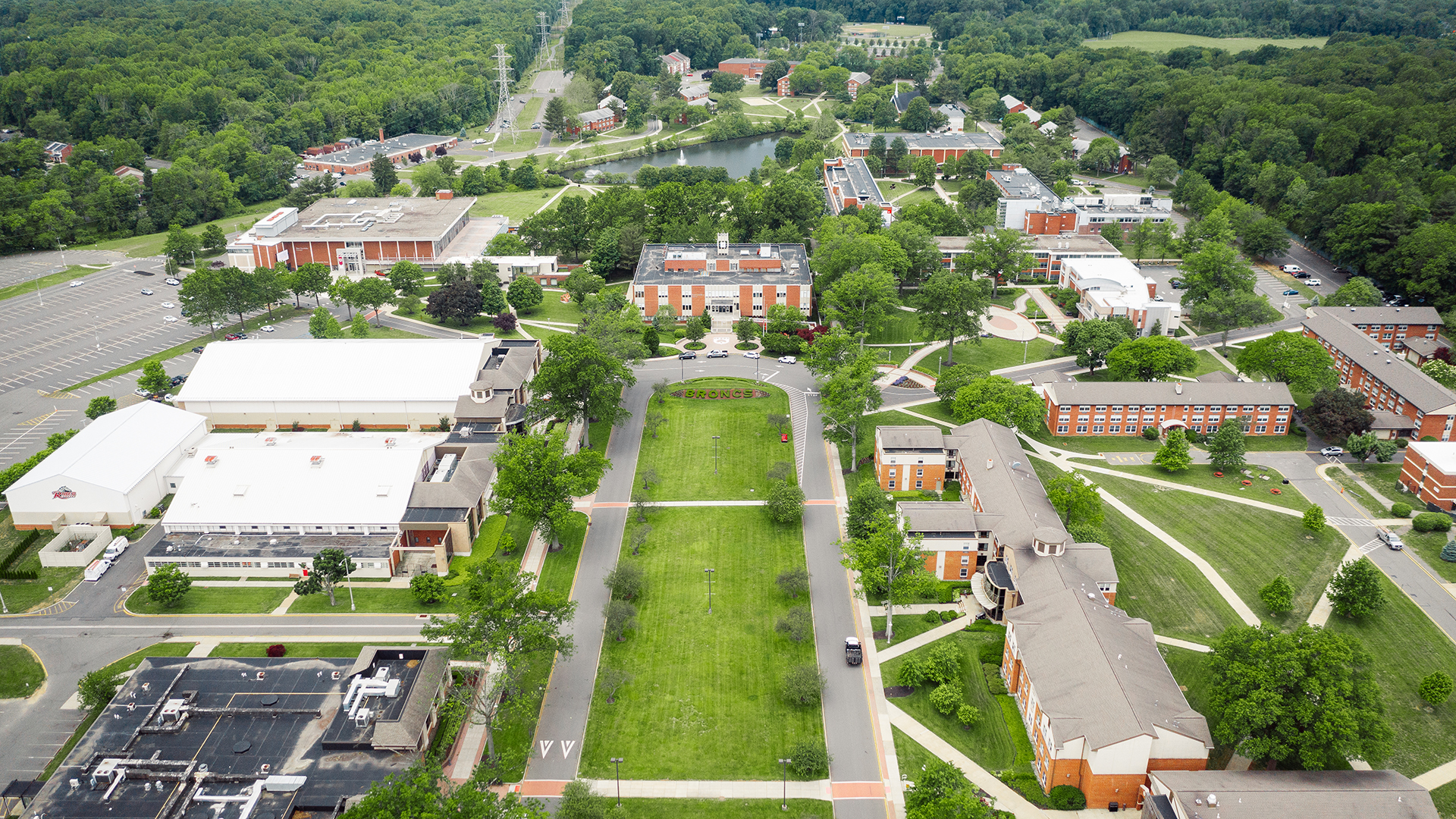 Rider was once again recognized as a top university by The Princeton Review, U.S. News and World Report, and The Wall Street Journal.

In addition to its stellar rankings based on academic performance, the University received four out of five stars on the Campus Pride Index, a national listing of LGBTQ+ friendly colleges and universities. Rider was also recognized as one of the nation’s most environmentally responsible colleges for the 11th year in a row.

Rider's Westminster Choir College marked a musical milestone with a graduate participating in each of the five recordings nominated in the 2021 Grammy Award's Best Choral Performance category. 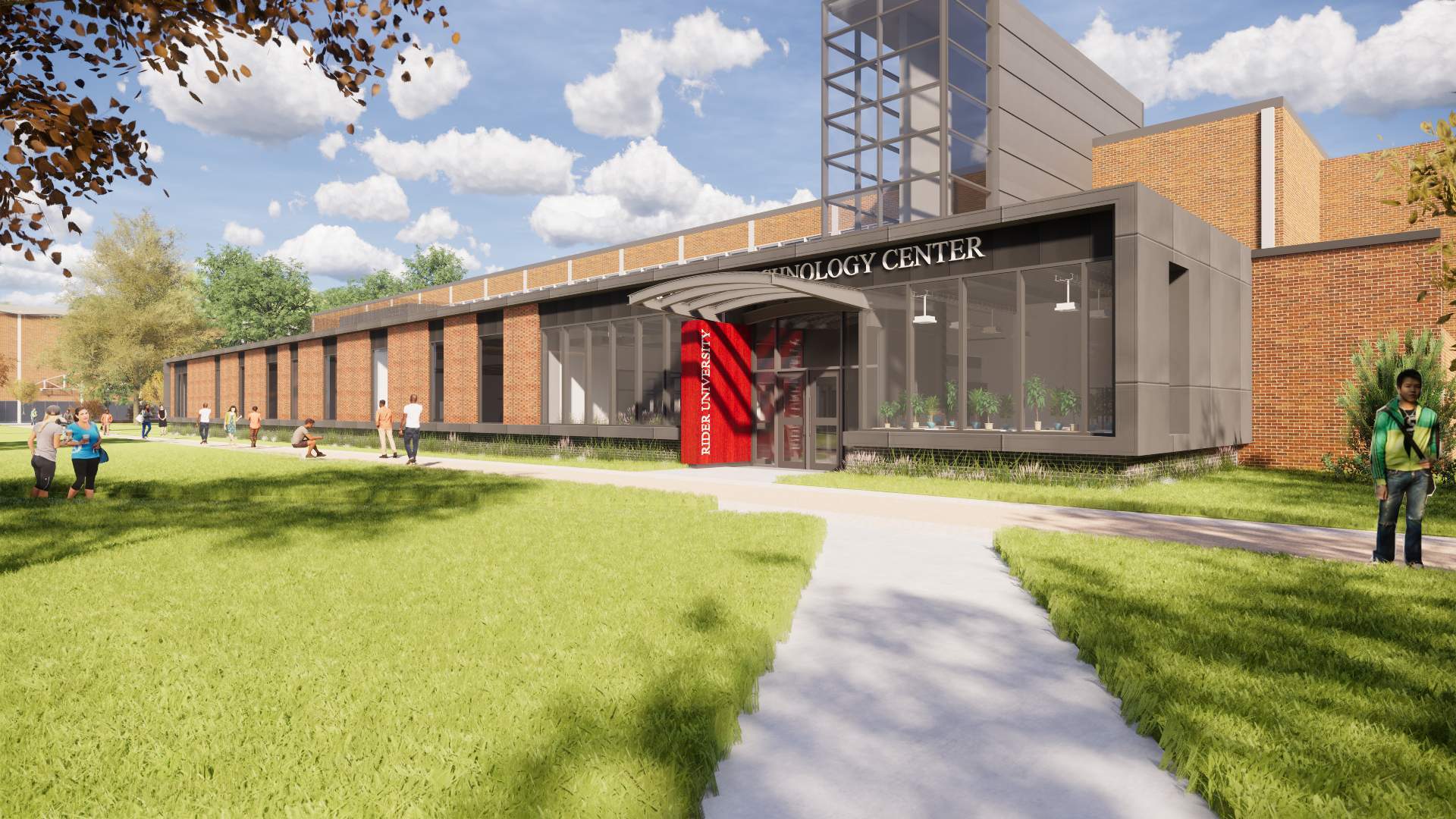 The Rider community continued to demonstrate strong support for the University’s mission and its students last fiscal year by raising more than $18.4 million. This year also saw a number of significant gifts from individuals.

A $4 million leadership gift from Michael J. Hennessy ’82 supported the expansion of a new wing of the Science and Technology Center. The project broke ground on Nov. 30 and will expand the size of the building to more than 79,000 sq. ft. It was the largest gift ever received for the sciences.

The University's campaign to elevate Alumni Gym into a modern NCAA Division I arena received two milestone donations. The first, a $1 million gift, came from Chuck and Isabel Baker. Two unnamed donors made a $2.5 million commitment — the largest gift Athletics has ever received.

Thomas ’70 and Tina Mulhare's $600,000 gift supported the University’s top fundraising priorities, including a new patio, an endowed scholarship and the Annual Fund.

As virtual learning became the norm this year, Rider launched three new online programs, a Master of Arts in Special Education and Teacher of Students with Disabilities Certification program, an online Master of Science in Nursing (MSN) program and an online master's in cybersecurity. A new Bachelor of Fine Arts in Acting for Film, Television and Theatre was also announced. 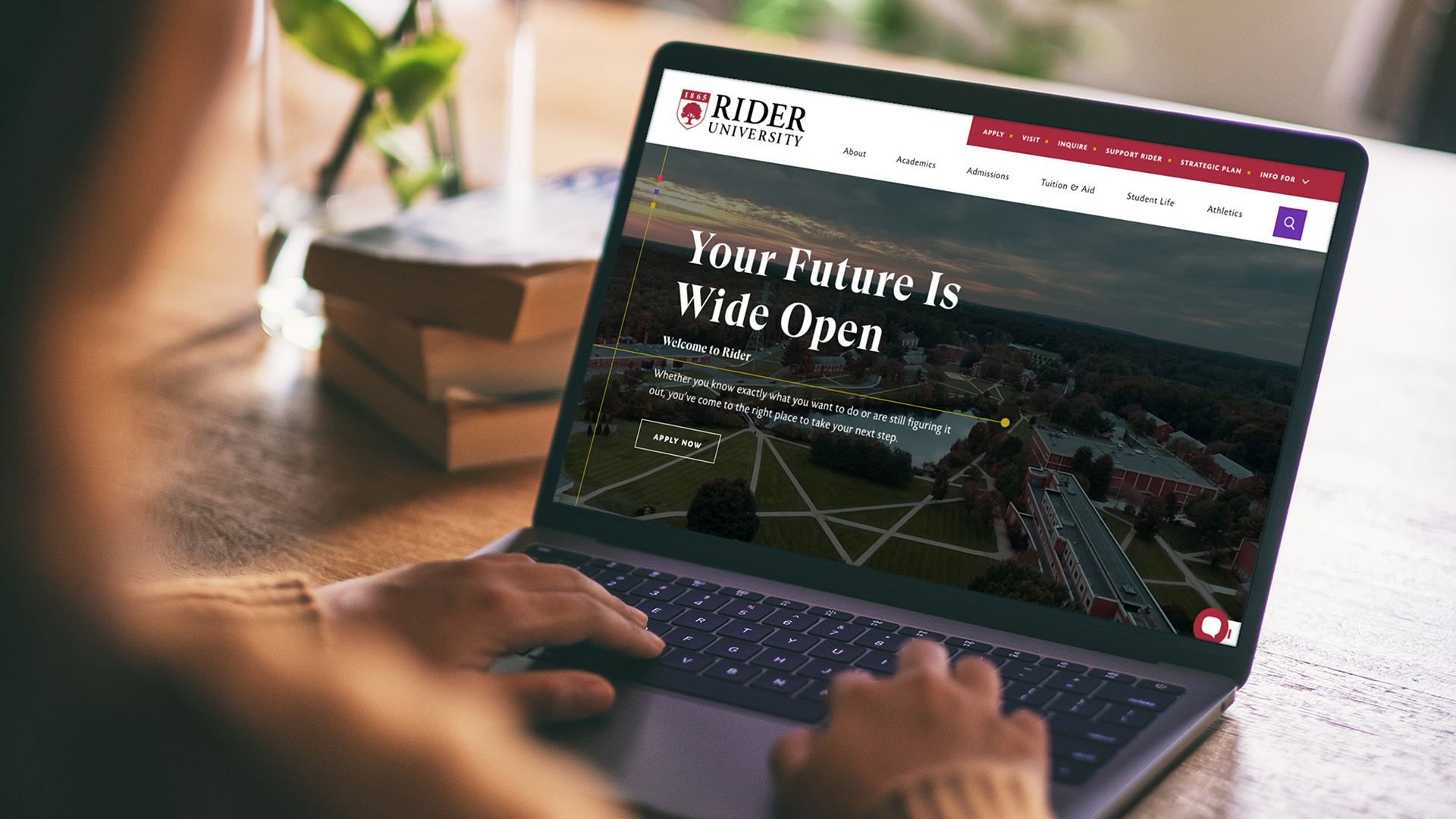