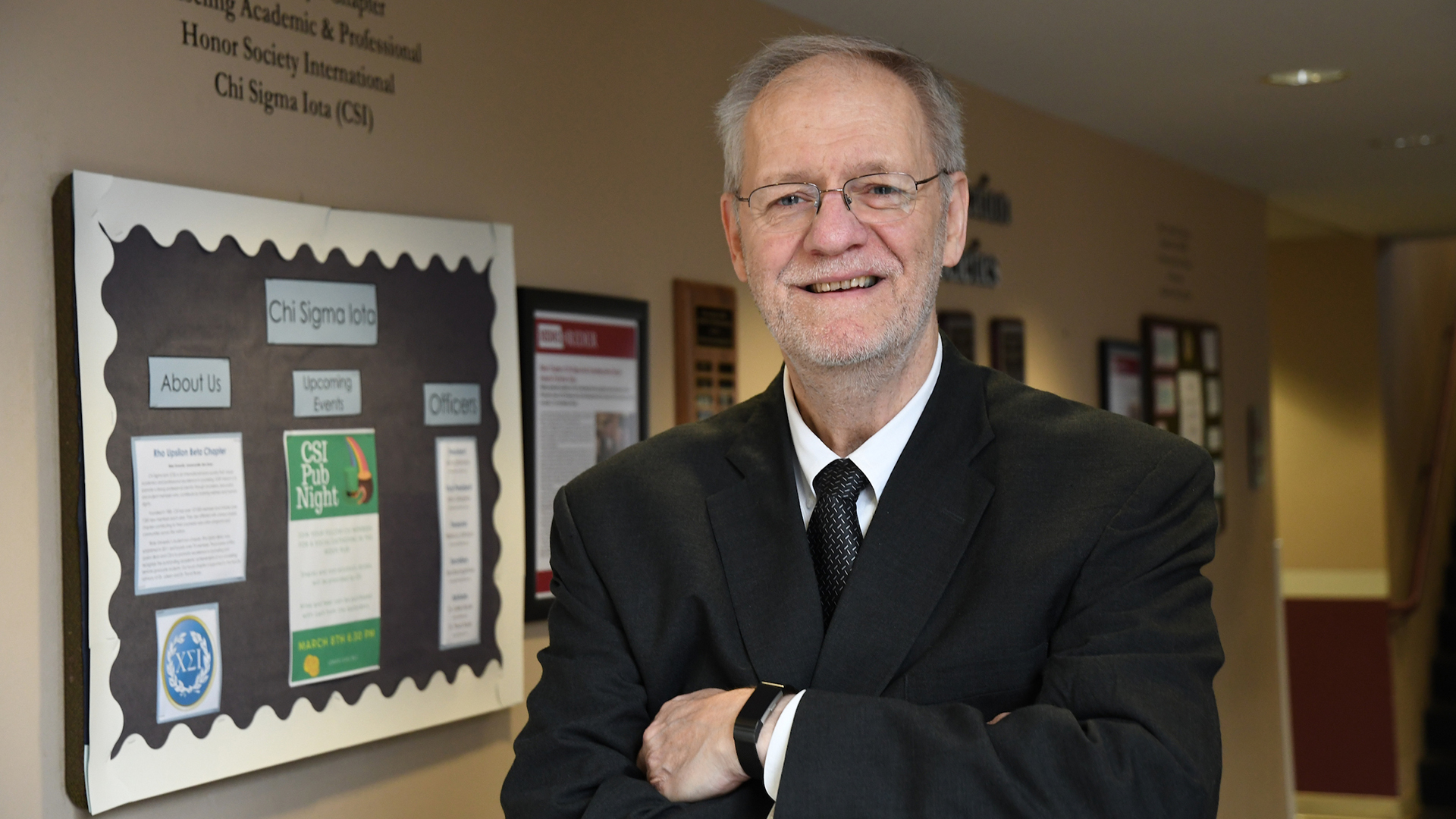 Over decades, Dr. Don Ambrose has earned an international reputation of excellence 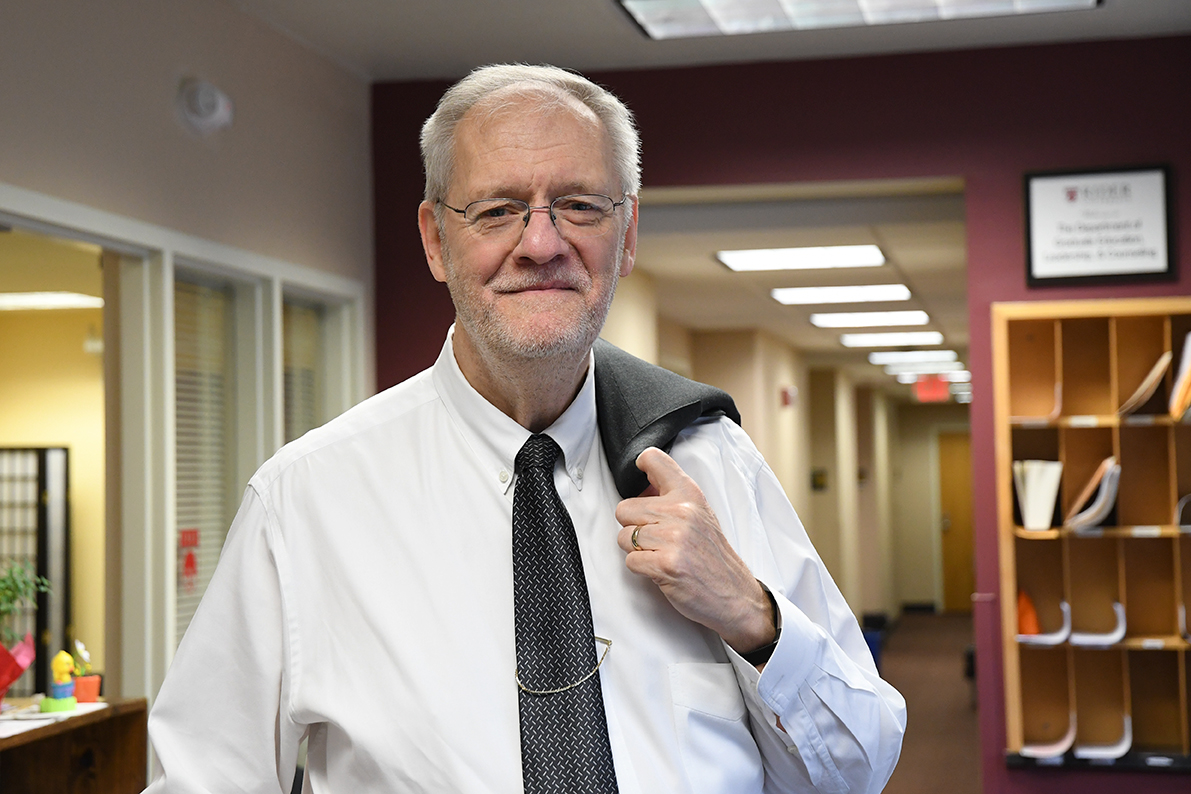 Don Ambrose is widely regarded as one of the most important figures in the field of gifted education.

A professor of graduate education in Rider University’s College of Education and Human Services, he has been the recipient of numerous honors from the likes of the International Center for Innovation in Education, the American Creativity Association and Rider University, which has awarded him both the Dominick A. Iorio Research Prize and the Frank N. Elliott Award for Distinguished Service.

In addition to his work at Rider, Ambrose is internationally known as the editor in chief of the Roeper Review, a peer-reviewed journal that publishes articles pertaining to practice, policy, applied research, and theory in all dimensions of gifted education.

“My work is extremely interdisciplinary,” he says. “I wander around in different disciplines looking for research findings and theories that can expand or rejuvenate our thinking about creative intelligence.”

This philosophy is evident in his many books and journal publications, where he frequently partners with leading thinkers in other fields to create big projects that have to do with expanding ideas of creative intelligence. Collaborators are eminent scholars from "outside" fields such as military history, critical thinking, law, theoretical physics and lighting design.

“Most edited book projects will have prominent thinkers from a single discipline, such as psychology or education," Ambrose says. "I try to be very diverse in my thinking about who to get involved in these projects.”

One of Ambrose’s eminent collaborators has been Dr. Robert J. Sternberg, a past president of the American Psychological Association, with whom he has published a number of books and special issues of journals. For one of their projects, they published two books in which leading researchers from around the world each contributed a chapter discussing what giftedness or creativity looks like in their region.

“The framework for the project was an interdisciplinary analysis of globalization — how the world is changing in the 21st century,” Ambrose says. “I put the analysis together in the form of a focus chapter, and then the contributors read the focus chapter and responded to it.”

In another collaboration with Sternberg, they published two books on dogmatism, which is shortsighted, narrow-minded, superficial, rigid thinking. “We analyzed how various forms of dogmatism hurt creative intelligence, or warp it, or confine it. We discovered, for example, that intelligent people aren’t immune to dogmatism; they might be just as dogmatic or even more dogmatic than people of ordinary intelligence. We also explored the devastating harm that can arise when creative, dogmatic minds infect cultures, political systems and economies.”

Ambrose is currently working on compiling a collection of creative and critical thinking strategies that can be used in the classroom. “These are brand new strategies. I invented them based on the constructs I’m coming across in different fields,” he says. “I’ve pulled together a collection of about 20 of them so far, and I’m turning them into a book. In addition, a few of them might turn into iPad apps because they’re tech-friendly.”

Another project Ambrose is currently engaged in is writing a book on the importance of injecting the arts into science, technology, engineering and mathematics (STEM) curricula. “There is a lot of work in the history and philosophy of science showing that artistic ability can strengthen performance in STEM,” he says.

One population in particular that could benefit from this is students who are both gifted and learning disabled — also known as dual exceptional. Ambrose says there is research suggesting that there is a connection between strong visual-spatial ability and dual exceptionality.

“The giftedness, the really powerful intellectual strength within that child, is hidden by the learning disability,” he says. “At the same time, the powerful mind kind of hides the learning disability, making the student look average, when actually the student is weak in one area and very strong in another. So if you inject the arts into this kind of learning, suddenly that dual-exceptional student who is really powerful in visual thinking is going to take off and fly, and discover her or his talents, whereas that never would have happened if we had stayed with the sterile certainty of easily measured performance in superficial mathematics.”

Ambrose remembers when he first became interested in the field of gifted education. At the time, he was working in a K-12 school system in Western Canada while also undertaking graduate school work at the University of Oregon. He was asked to assist with a yearly symposium that featured the work of researchers working on theories of creative intelligence.

“My job was to read their theoretical position papers and translate them into drawings with legends that could explain their work," Ambrose says. "Then we posted those up around the conference rooms, as if in an art gallery, and participants could look at them to get a sense of what their colleagues’ work was all about. These interactions convinced me that I should go into higher education, and giftedness and talent became my focus, primarily because of their work.”