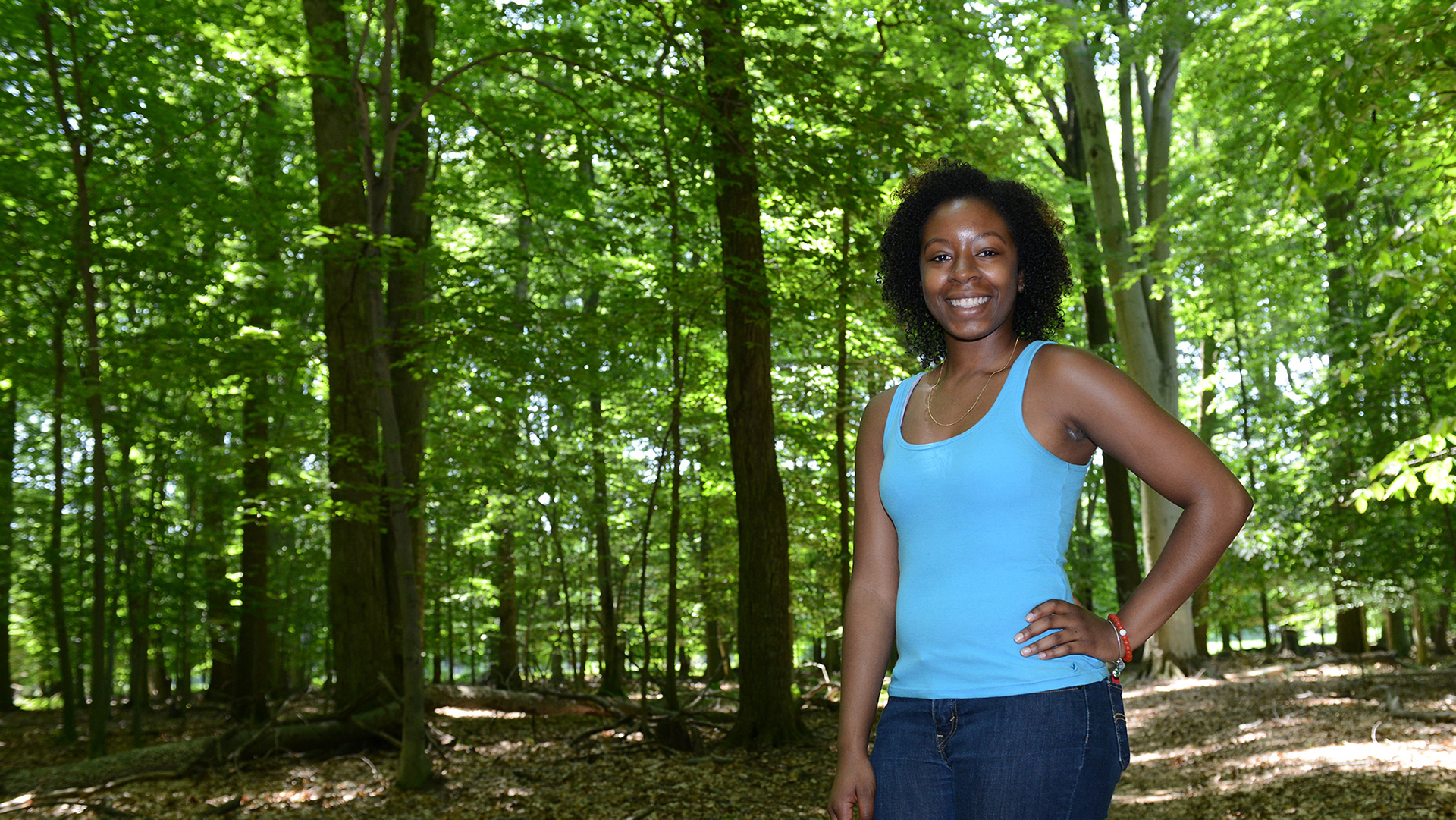 Imani Guest, a senior geoscience major with a minor in philosophy, will work with one of the world's top volcanologists, Dr. Michael Garcia, during a summer internship with the University of Hawaii from June 5 to Aug. 4.

Guest was one of 10 students selected out of the 500 who applied for this Research Experience for Undergraduates (REU). After weighing options between the summer programs at the University of Hawaii and Stanford, she ultimately chose Hawaii.

“Imani is an outstanding student, one of the best I've ever known in my 37 years at Rider,” says Dr. Jonathan Husch, the chair of the Department of Geological, Environmental and Marine Sciences. “This should make excellent preparation for whatever Imani chooses to do for graduate school or her future career in the geosciences. The entire department could not be more proud or thrilled.”

A McNair Scholar, a tutor, a tour guide and a student ambassador, Guest notes that, in addition to her student involvement, her active role in more than two years of geoscience research helped set her apart from other applicants.

Guided by multiple Rider professors, her research experience includes studying the impact of acid rain on eastern deciduous forests in response to climate change, analyzing tree rings to determine past climates and studying the geochemistry of garnets — a group of silicate minerals — found along the Atlantic Coast of New Jersey to determine the mineral’s place of origin.

Guest found out about a majority of her REU opportunities through the Ronald E. McNair Post-Baccalaureate Achievement Program, which aims to increase the number of doctoral applicants and terminal degrees attained by first-generation students and underrepresented groups in graduate school. Her professors also helped, particularly Dr. Husch and Dr. Dan Druckenbrod, who would send her emails about programs or encourage her to look at the National Science Foundation REU website, which is where she found the University of Hawaii internship opportunity.

REUs are important in such a field, with goals to develop a diverse, internationally competitive and globally engaged science workforce. Integrating education and field work, which is part of Rider's engaged learning initiative, helps students attain the best possible outcomes through their education.

“This NSF-REU in volcanology at the University of Hawaii will allow Imani to work with some of the best people in the discipline,” says Dr. Husch. “In particular, Dr. Michael Garcia is one of the top volcanologists in the world. You cannot ask for a better mentor or experience. The internship will also connect much of what Imani has already learned in the classroom with cutting-edge research.”

The summer-long internship will have Guest procuring and studying samples of foreign rock (xenolith) from Salt Lake Crater on the island of Oahu to help determine the thermal history of the upper mantle in Honolulu.

“What I’m most excited for is getting to travel to the big island of Hawaii to see the active volcanism there,” Guest says. “I’m also excited for the three-day marine expedition traveling around the islands to view the different types of marine life there.”

Volcanism refers to phenomena surrounding the eruption of magma through a vent in the earth's surface.

Guest hopes to pursue a doctorate after completing her undergraduate degree. She sees this internship helping her by offering the opportunity to conduct research in the field that she may pursue in graduate school.