107.7 The Bronc a finalist for best college radio station 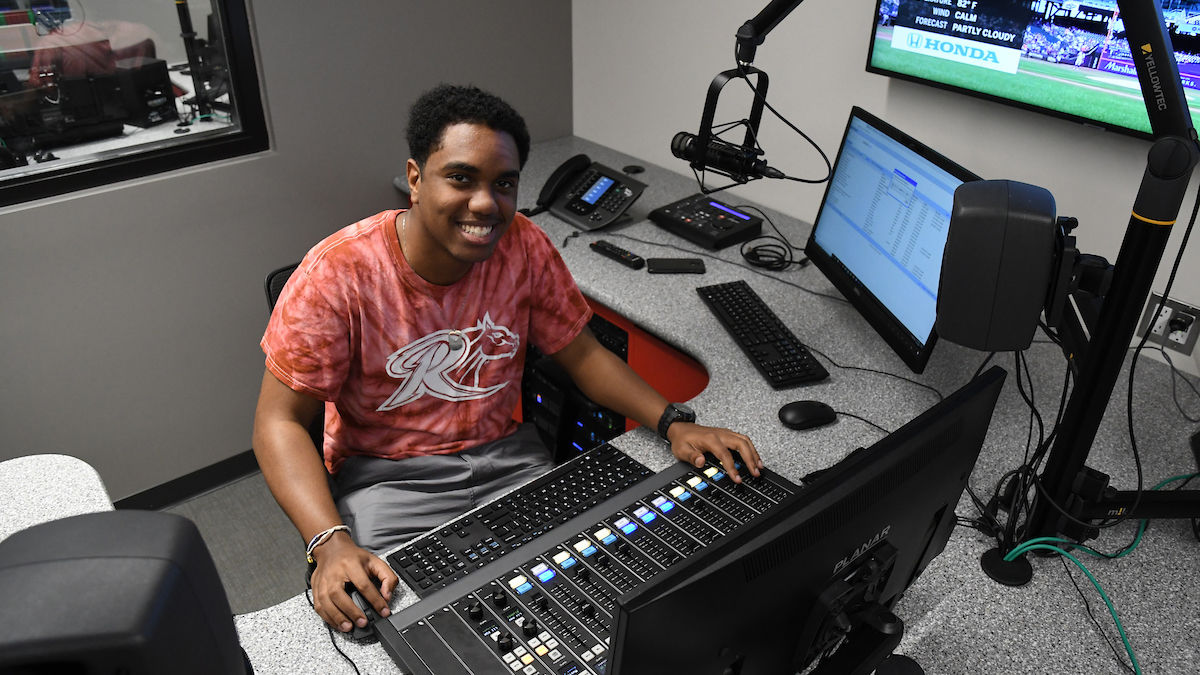 107.7 The Bronc has been nominated for a 2022 National Association of Broadcasters Marconi Radio Award. The prestigious awards are given annually to award excellence in the industry nationwide.

Rider’s student-run radio station is one of five stations vying for the best college station of the year honor. This year’s winners will be announced on Oct. 19 in New York City.

"107.7 The Bronc is honored to be recognized by our broadcast industry peers as one of the top college radio stations in the nation for a third consecutive year,” says 107.7 The Bronc’s General Manager John Mozes. “I am especially proud of our students whose passion, enthusiasm and eagerness to learn are what drives them to such lofty heights. They are competing annually with colleges and universities two, three and four times the size of Rider University."

107.7 The Bronc consistently ranks as one of the best college stations in the country. In 2015, The Princeton Review ranked The Bronc as the 15th best college radio station in the U.S. In 2015, 2016 and 2017, The Bronc was awarded “Best College Radio Station” by the New Jersey Broadcasters Association.

“To attend a university that has a radio station and see that radio station make an impact not only on our campus, but nationally is exceptional,” says junior Naa'san Carr, student program director for 107.7 The Bronc and 107.7 The Bronc Retro. “The Bronc’s third consecutive Marconi Award nomination highlights the passion of the students at Rider. This nomination means that all our hard work is still being recognized.”

The station is also a campus leader in hosting annual events and activities that go beyond the airwaves. These include Rider traditions, such as Scream Screen, a drive-in movie and trunk-or-treat experience, and the Eggscellent Egg Hunt, a classic egg hunt on a grand scale. Each year, the station also creates an opportunity for one member of the graduating class to win a new car through its Cruisin’ From Commencement competition.

Established in 1989 and named after inventor and Nobel Prize winner Guglielmo Marconi, the Marconi Radio Awards are given to radio stations and outstanding on-air personalities to recognize excellence in radio.

107.7 The Bronc is currently raising funds to send students to the National Association of Broadcasters' 2022 Radio Show in New York City where the Marconi Radio Award winner will be announced. To donate, please click here.