About Rider / Sustainability at Rider / Recyclemania
This slideshow is not enabled 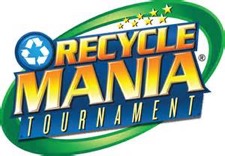 Recyclemania is an eight week competition in which Rider competes against other colleges and universities in the country to have the biggest effect on their respective campuses and enact recycling change! This competition runs every year starting in February and runs through March.

Recyclemania was developed as a competition & benchmarking tool for the promotion of waste reduction. Over the eight-week competition, each school reports the amount of recycling & trash collected on their campus weekly. Through the weekly reports, schools are ranked in a variety of categories. These categories include: most recycling per capita, best recycling rate as a percentage of total waste, and least amount of generated total waste.

The topics of recycling for each week of the competition are as follows: