Setting the standard for choral excellence since 1920, the Westminster Choir is composed of students at Westminster Choir College, a division of Rider University’s Westminster College of the Arts.  It has been the chorus-in-residence for the prestigious Spoleto Festival USA since 1977, performing both in concert and as the opera chorus.

The ensemble’s 2021-2022 season includes a series of concerts in New Jersey and a proposed concert tour in January, as well as additional off-campus performances.

Recent seasons have included concert tours in Beijing, China and Spain, as well as participation in the World Symposium on Choral Music in Barcelona and groundbreaking performances of Julia Wolfe’s Pulitzer Prize winning Anthracite Fields at the historic Roebling WireWorks as part of Westminster’s Transforming Space project. 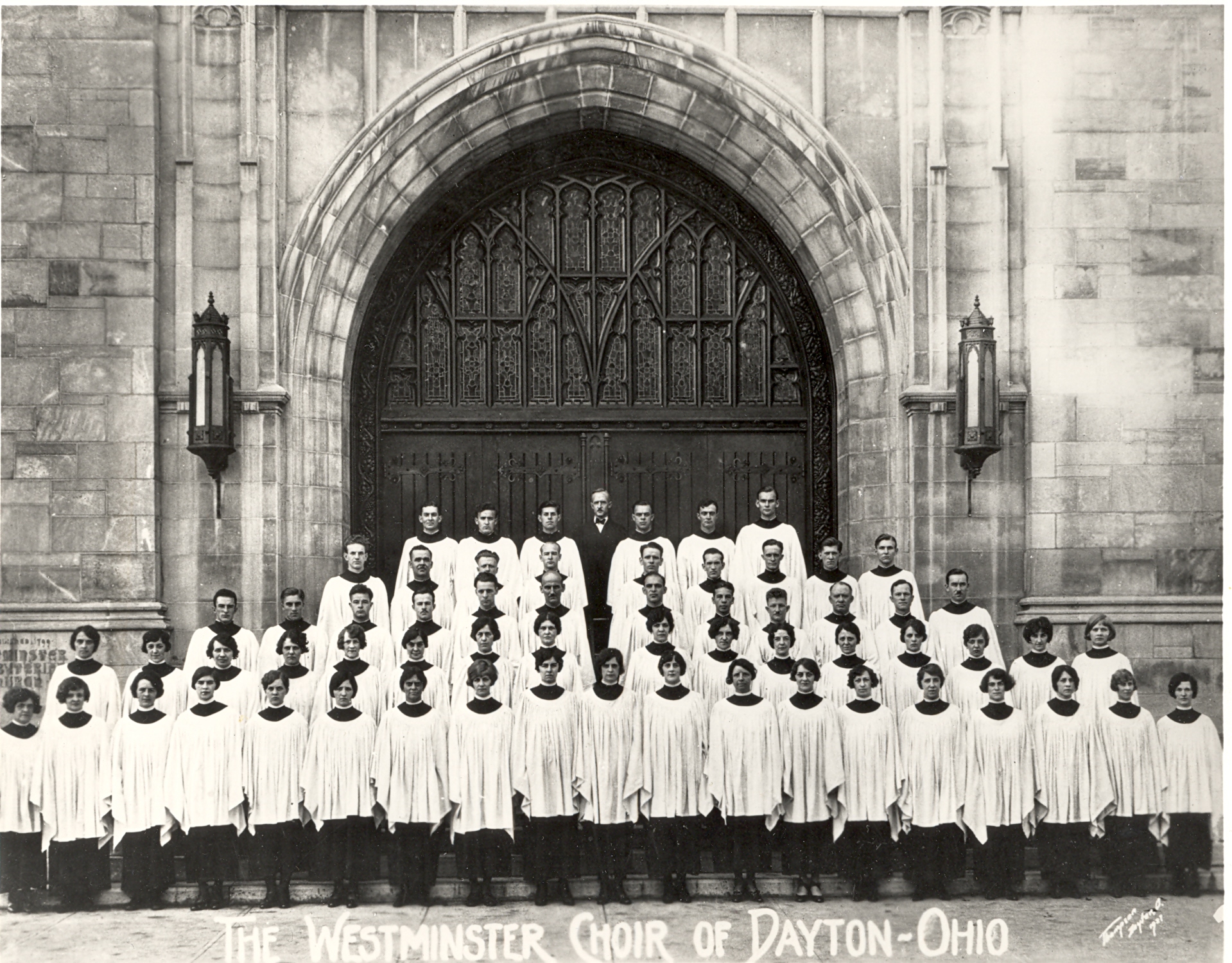 The ensemble’s performance of John Adams’ El Niño at the 2014 Spoleto Festival U.S.A. was praised by The New York Times as “… superb. Meticulously prepared, the chorus was remarkable for its precision, unanimity and power.”

The Westminster Choir has been recording choral masterworks for nine decades.  American Record Guide wrote about its newest recording, Frank Martin: Mass for Double Choir, “This is gorgeous singing…with perfect blend, intonation, diction, ensemble and musicality.” The Heart’s Reflection: Music of Daniel Elder, was described by Classics Today as “first rate” and “highly recommended.”  Noël, a collection of French Christmas music and sacred works, also features Westminster alumna Jennifer Larmore, mezzo-soprano, and organist Ken Cowan.  It was the centerpiece of the PRI Radio broadcast Noël – A Christmas from Paris, hosted by Bill McGlaughlin. The choir’s debut recording with Maestro Miller, Flower of Beauty, received four stars from Choir & Organ magazine and earned critical praise from American Record Guide, which described the Westminster Choir as “the gold standard for academic choirs in America.”

Praised by The New York Times for its “full-bodied, incisive singing,” the Westminster Choir also forms the core of the Westminster Symphonic Choir, which has performed and recorded with the leading conductors and orchestras of our time.