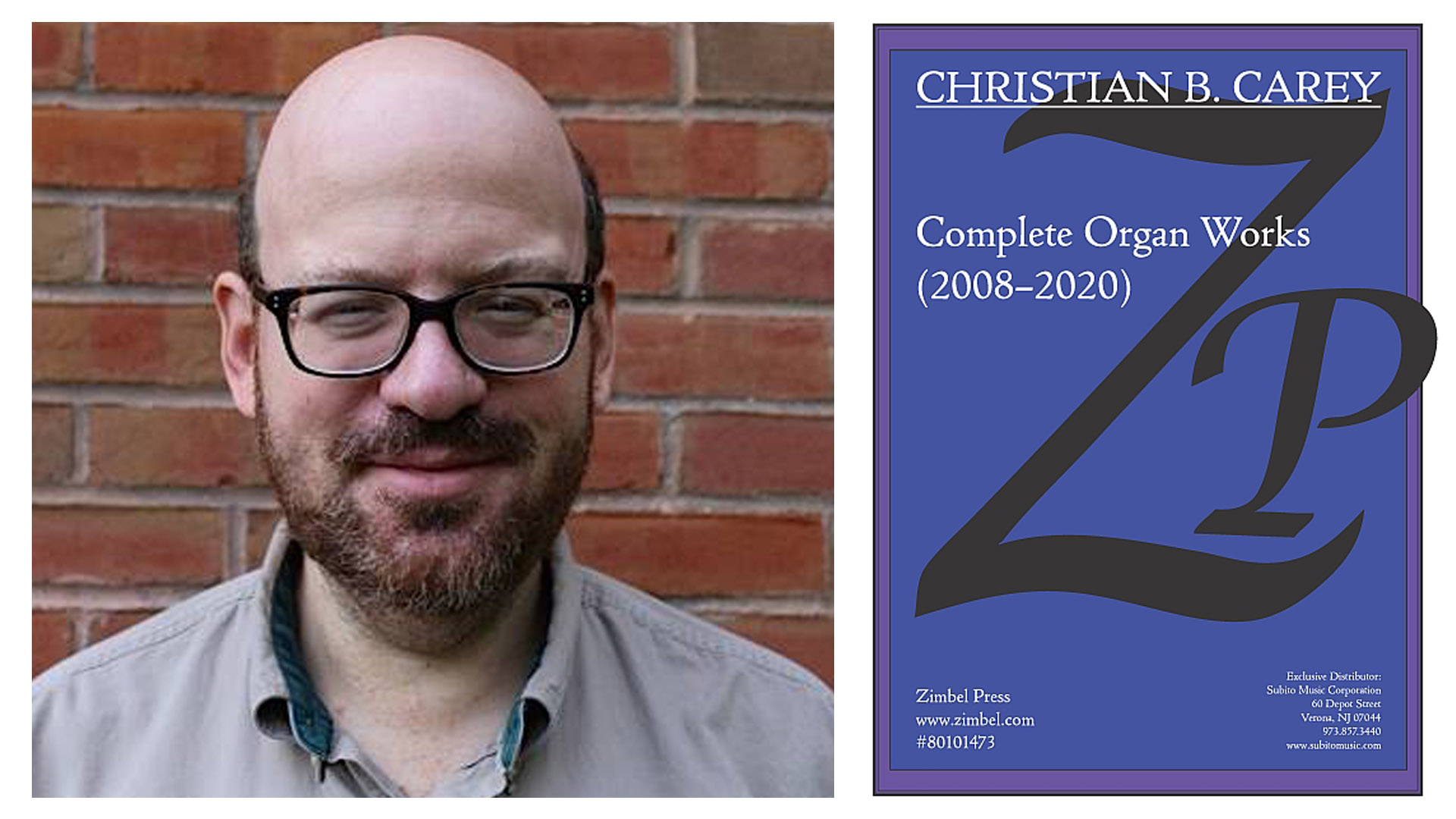 The anthology contains 12 varied works for organ useful for service or concert. It includes spiritual variations, chanson variations, preludes, a fugue, and settings of carols. In addition to organ compositions, it includes two hymns co-authored with Kay Mitchell, and pieces based on them, that are available for congregational use. A few works are dedicated to composer friends: Robert Morris, Andrew Mead, and Ken Ueno.

Reflecting on the publication Carey says, “Thanks to Carson Cooman for his advocacy as a performer and for shepherding this through to publication and to Joseph Arndt ’07 for commissioning and widely performing several of the pieces.”

Associate Professor of Music Composition, History and Theory, Christian Carey has created more than 80 musical works in a variety of genres and styles, performed throughout the United States and in England, the EU, and Japan. Carey's organ works have been performed widely, at venues such as St. Patrick's Cathedral, Trinity Church Wall Street, Harvard Memorial Church, Princeton Chapel, Grace Church in Newark, and LaVerna International Organ Festival in Italy.

Recordings of his music are on New Focus, Tundra, Perspectives of New Music/Open Space, and Westminster labels. His score for the play Gilgamesh Variations was staged at Bushwick Starr Theatre. GIA publishes his choral music, and his organ music is published by Zimbel.