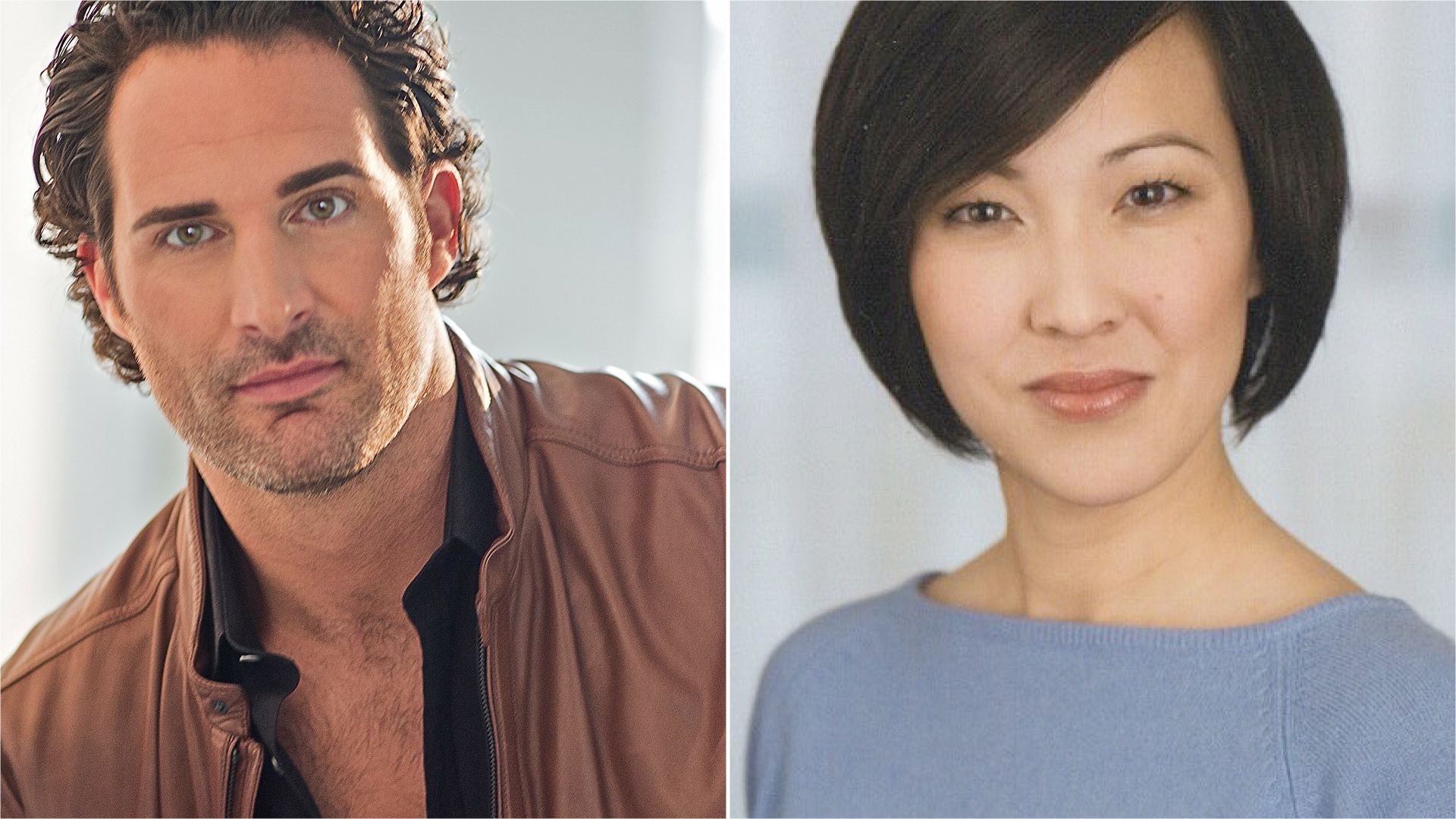 The program recognizes the particular needs of singers working in the opera or classical world or in musical theatre, and it offers classical and musical theatre tracks with specific coursework for each genre. Current students Margaret Gates Morrow and James Valenti are taking advantage of the opportunities this specialized and flexible program offers.

Classically trained Morrow began working in musical theatre shortly after graduating from Carnegie Mellon University. She has appeared in many Broadway productions, including Miss Saigon, The King and I and La Bohème, and has toured internationally. After starting a family, she transitioned to teaching and moved to Virginia, where she accepted a position at Regent University. She began exploring graduate programs that would enhance her teaching and that could be pursued online so that she could be at home with her children.

“Westminster Choir College was always on my radar,” she says. And she was pleased to discover that the M.V.P. program was offered entirely online. “It offered everything that I was looking for.”

At Regent she’s teaching Voice Practicum and "Auditioning and the Business of Acting," as well as a class she was asked to create: "Performing the Song."

“I’m literally using everything that I’m learning at Westminster in this course,” she says.

Recalling her own professional career path, she says that, when she got her first Broadway show six weeks after graduating from college, she wasn’t prepared for the kind of singing musical theatre requires.

“I was never taught about belting,” she says, and acknowledges that she had to learn about it on her own.

Today, working as a teacher, she wants to be able to pass the correct information on to her students, and she credits the Westminster program with preparing her to do that.

“It’s exciting to be able now to know precisely the anatomy of singing for musical theatre. Professor Kathy Price took it from the clinical to the practical,” she says. “Also, I love that all of Westminster’s professors were performers.”

Reflecting on the program as a whole, she adds, “It’s a well-balanced, comprehensive program. It doesn’t only speak to anatomy and physiology, but also to the artistic component — what you need to teach your student.”

James Valenti, who is enrolled in the classical track, is at a different point in his career. For the past 18 years, since graduating from the Academy of Vocal Arts, he’s performed professionally for the past 18 years at some of the world’s most prestigious theaters including the Metropolitan Opera, Chicago Lyric Opera, La Scala, Royal Opera House, Salzburg Festival, Paris Opera and Sydney Opera House in leading tenor roles in Tosca, Carmen, La Bohème, Madama Butterfly, Romeo et Juliette and Werther.

He’s also been doing some private teaching and leading master classes, and his long-term goal is to find a balance between performing and an academic position.

Valenti credits Westminster alumnus David Lockart ’78, his high school music teacher and musical mentor, with introducing him to Westminster. So, when he decided to explore graduate programs in voice pedagogy, Westminster was at the top of his list.  Given his extensive performing and travel schedule, the opportunity to earn the degree completely online — along with Westminster’s outstanding reputation — made Westminster’s program the ideal fit.

“I loved that I was able to complete a class while performing in Hong Kong,” he recalls.

He credits the online classes with being very intuitive, informative and easy to navigate. “With every course there’s been an ‘a ha’ moment,” he says. “This past summer I took 'Voice Science' with Dr. Kathy Price," he says. “That course was intense and I learned so much.”

This semester he’s enrolled in "Psychology for Music Teachers" and "Music History of the United States" with Dr. Sharon Mirchandani, which he says has been eye-opening.  “This week we studied minstrelsy and Blackface, which would use opera excerpts.  I’m learning so much from her.”

Looking toward the future, he’s taken advantage of the pandemic’s lockdown to double up on his course load, and he expects to earn his master’s degree this summer, so that when theaters open up, he’ll be ready for the next steps in his career.

In the meantime, he says, “I’m happy and honored to be a part of the Westminster tradition.”