As the choral world pivots in the face of pandemic challenges, Westminster Chapel Choir and conductor Jason Vodicka are devoting three weeks in October to a project focusing on social justice. 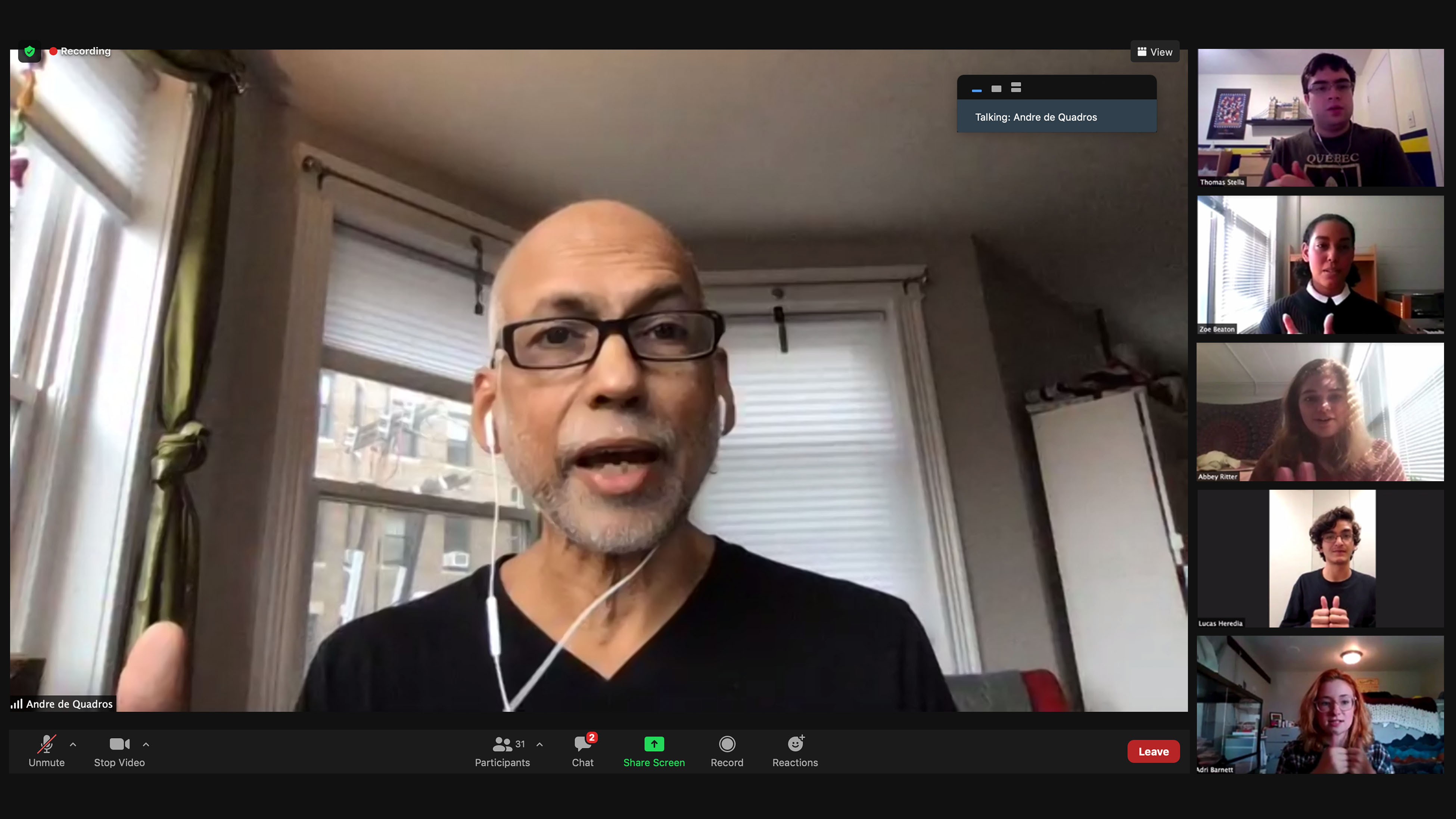 As the choral world pivots in the face of pandemic challenges, Westminster Chapel Choir and conductor Jason Vodicka are devoting three weeks in October to a project focusing on social justice.

Utilizing Zoom, noted conductor, ethnomusicologist, music educator, and human rights activist André de Quadros is joining the class from his home in Boston. Dr. de Quadros is artistic director and conductor of choirs in Israel and Palestine, Indonesia, Sri Lanka, Shanghai, and Boston, and he co-leads the ensemble Common Ground Voices/La Frontera in the United States and Mexico. He has done extensive work in Massachusetts prisons, jails, and detention centers, empowering people in incarcerated settings to create through music, poetry, and movement.

The residency, titled “No Justice, No Peace,” will lead to the creation of a series of multi-media works featuring poetry, singing, movement and visual art in response to systemic racism. The first week was devoted to learning about and discussing recent events, such as the Ferguson unrest and the murder of George Floyd, and the general mass incarceration of people of color.  Choir members reflected on videos, music, and art created in response to these events; and they experimented with the capabilities of tools like Zoom and Soundtrap for artistic creation and improvisation. They also created original improvised compositions on the prompt “Distant but together” using spoken text, singing, and video via Zoom, experimenting with vocal repetition, lightness and darkness, and movement.

In weeks two and three, Chapel Choir will be joined by artist, activist and performer Halim Flowers, who was wrongfully incarcerated for 22 years from ages of 16 to 38. With Mr. Flowers and Dr. de Quadros, students will create original works of art that tell their stories and world view while giving voice to those who are marginalized in society.