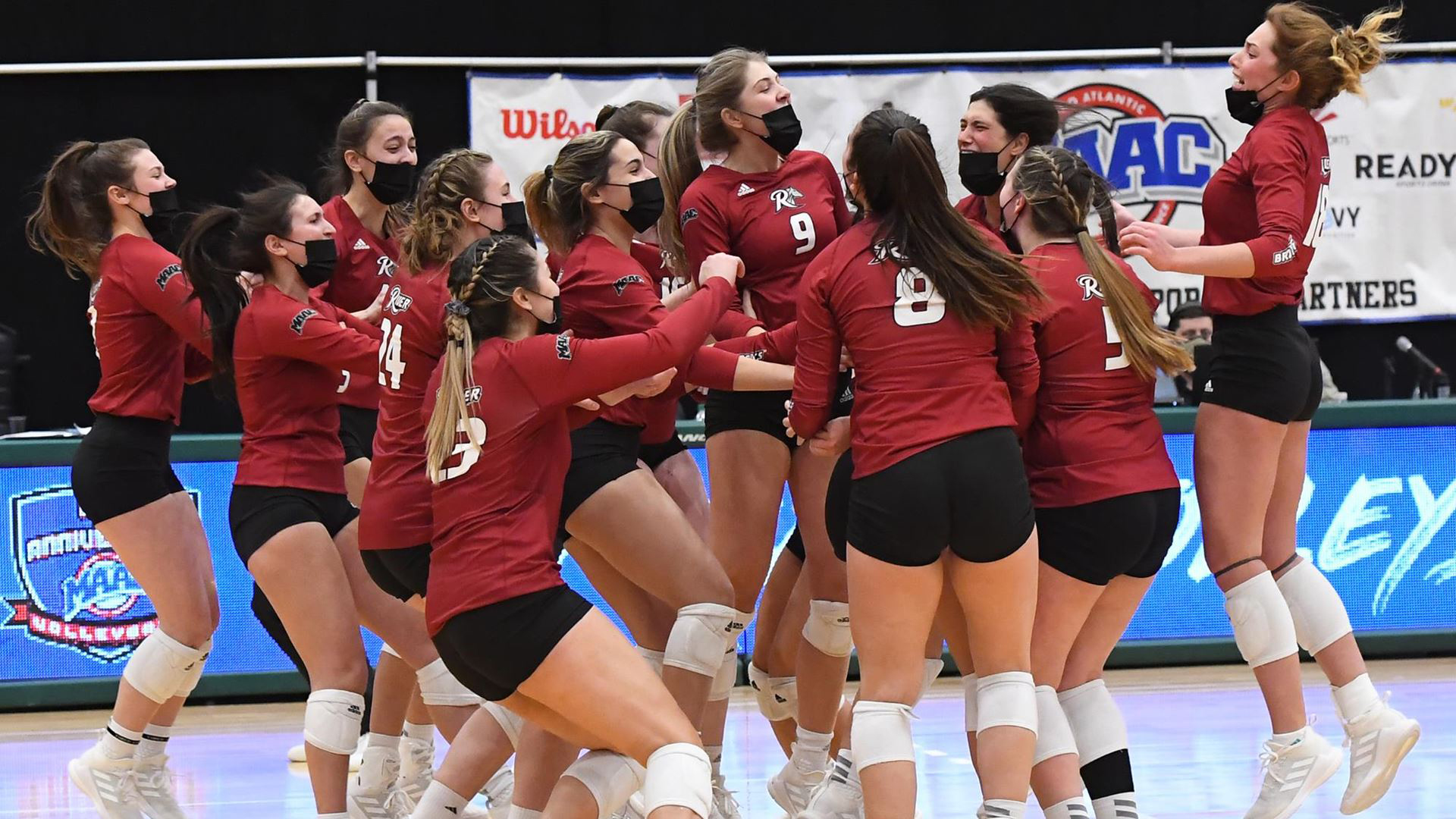 The Rider University volleyball team won its first-ever MAAC Championship after defeating second-seeded Canisius 3-1 on Saturday, April 3, at the Albany Capital Center in Albany, N.Y. The Broncs improved to 7-4 and clinched their fourth NCAA Tournament appearance.

The team drew UCLA in the NCAA Tournament First Round and will square off against the Bruins on Wednesday, April 14, at 10:30 p.m. in Omaha, Neb., on ESPN3.

"After everything we've gone through with the pandemic, to see the joy on their faces, this why we do what we do," said Head Coach Jeff Rotondo.

"I'm so proud of our team," She said. "We had to make a lot of sacrifices and give up a lot of things that weren't easy for us. It was very hard to be away from our families and things we knew. We wanted to make history for our two seniors and our program."

Rider is making its second appearance in the NCAA Tournament main draw after winning a play-in game in 1994 to make its first appearance against Northern Iowa. The Broncs also earned appearances in the NCAA Play-In Game in 1995 and 1996, but fell short of the main draw.

The Broncs went 7-4 this season, winning their final six matches to earn the MAAC Championship.

UCLA posted a 14-6 record this season in the Pac-12, including splits with Top 16 seeds Washington, Washington State, Oregon and Utah.