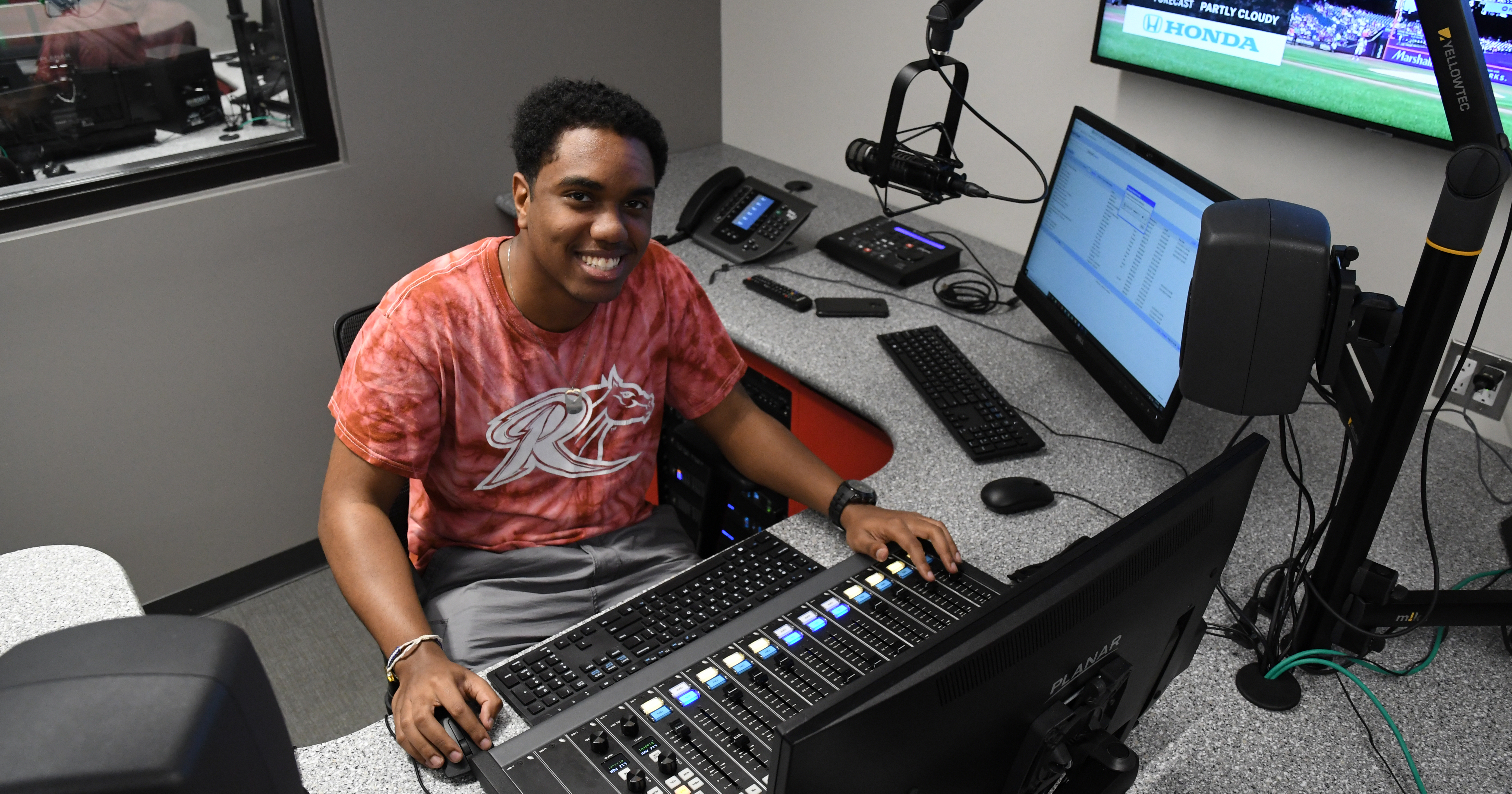 The new digital broadcast facility will allow students the opportunity to work with cutting-edge technology on a daily basis, affording them an engaged learning experience that can set them apart in a competitive job market.

The purchase of the station's new digital audio production equipment was partially funded through a generous $25,000 grant from The Jules L. Plangere, Jr. Family Foundation, Inc., an organization named for the late Jules L. Plangere, the former publisher of the Asbury Park Press, who was a great supporter of higher education as well as newspapers, radio and television.  Fundraising actively continues to support the cost of the new equipment.

In June, the student-run station moved from the first floor of the student center to its new home on the second floor of the Fine Arts building. The station’s vacated space in the Bart Luedeke Center is now occupied by The Center for Diversity and Inclusion.

The move necessitated the purchase and installation of new studio equipment to replace the radio station’s outdated analog devices.

“Rider is one of a handful of college radio stations in the country with the ability to program and broadcast two, different radio stations and formats as well as produce and distribute audio in a variety of podcasting platforms and apps,” says John Mozes, station manager. “The new equipment will allow our students to prepare for employment opportunities in an increasingly digital and ever-changing broadcast world; giving them a competitive edge as they enter the job market.”

The equipment affords the radio station the ability to program in two different formats: 107.7 The Bronc WRRC-FM will have Hot Adult Contemporary/Adult Alternative programming and be available both on-air and online, and the new online-only 107.7 The Bronc Retro/WRRC2, will program classic hits from the 50s through the 90s. Listeners can also download WRRC or WRRC2 through free apps in the Apple App and Google Play stores.

The new studio location includes three multipurpose on-air studios and production rooms designed with an emphasis on providing hands-on experience with contemporary broadcast equipment, computers and automation systems that will make operating the radio station manageable both at the University and via remote broadcast.

"This new facility has opened my eyes to the amount of employment opportunities there are in radio beyond being behind the mic at 107.7 The Bronc,” says Anthony Collesano ‘21, a filmmaking, TV and radio major.

The three studios will feature similar broadcast equipment and production workstations so students can work in a comfortable, familiar and consistent environment.

Each academic year, more than 100 Rider students volunteer at the National Association of Broadcasters Marconi Award-nominated station as DJs or show hosts or serve in a number of other positions that provide real-world experience for their future careers. Students learn skills in communications, promotion, marketing, event planning and business.

Many of the most popular campus and community events are produced by the station, including the Halloween trunk-or-treat experience and drive-in movie Scream Screen; Cruisin’ from Commencement, an annual car giveaway at graduation; and the springtime Eggscellent Egg Hunt where over 1,000 students search on the Campus Mall for an egg containing a grand prize of a $1,000 gift card.

The station also sponsors the popular Rider Student Top Chef and Dessert Wars cooking and baking competitions and has broadcasted live from the Philadelphia Auto Show and the Philadelphia Flower Show.

Despite the upheaval of the pandemic and the facility’s move, the radio station has continued to offer first-class broadcasting, including producing special programming like Quarantunes: a remote concert series for students studying remotely at home.

The Jules L. Plangere, Jr. Family Foundation was established in 1997. In addition to being the former publisher and a co-owner of the Asbury Park Press newspaper, Jules L. Plangere was chairman of its parent company, New Jersey Press Inc., until its sale to Gannett Co., Inc., in 1997.

Before he passed away in 2017, he was a senior partner of Press Communications, LLC., a business which owned several central Jersey radio stations, and he was a principal investor in two metro area television stations.

Throughout New Jersey’s pandemic, Rider’s radio station has continued to broadcast with a combination of recorded shows and students broadcasting remotely from their homes.