Book celebrates the centennial anniversary of the ratification of the 19th Amendment, advances the cause for voter engagement 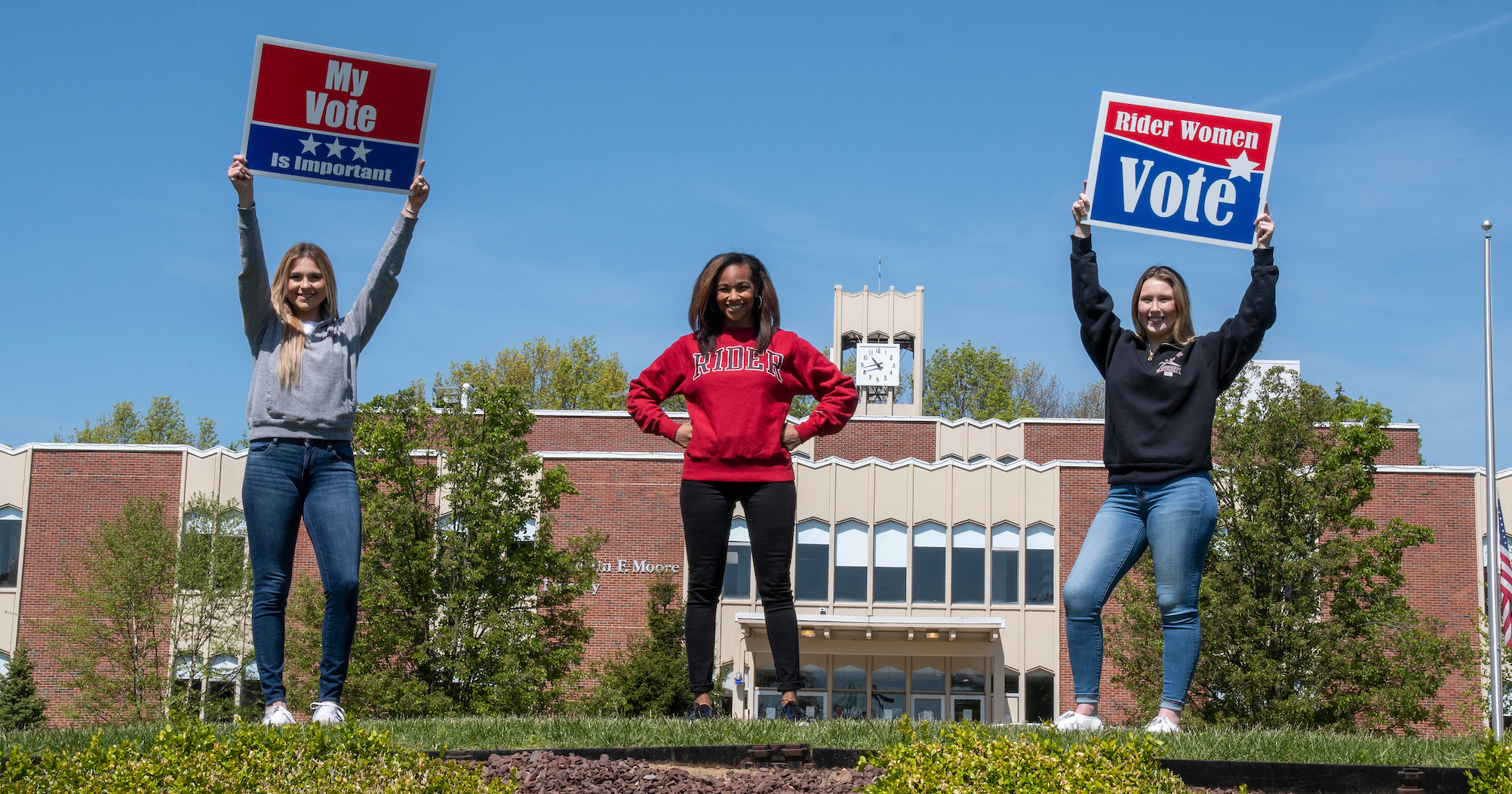 Assembled in the tradition of the suffragist cookbooks of the late 19th and early 20th centuries, Rider’s cookbook honors the courage and accomplishments of the suffragists and offers the personal messages of contemporary women on the importance of voting and being an engaged citizen.

The book, dedicated to the vote, contains close to 100 recipes submitted by women from around the country — elected officials (including the Honorable Tahesha Way, New Jersey Secretary of State); Rider alumnae, students, faculty and staff; and friends of the University. Lucienne Beard, executive director of the Alice Paul Institute, and Sara Cureton, executive director of the New Jersey Historical Commission, both leaders of NJ Women Vote: the 19th Amendment at 100, are also contributors.

Contributors also shared their thoughts on a variety of topics including what the vote means to them, the importance of being an engaged citizen and their hopes and dreams for their daughters and granddaughters. Interspersed throughout the book are photos and artifacts from the suffrage movement, many contributed by the Elizabeth Cady Stanton Trust and the Alice Paul Institute.

Forewords are written by Coline Jenkins, great-great-granddaughter of suffragist Elizabeth Cady Stanton, in collaboration with Dr. Erica Ryan, associate professor of history and director of Rider’s gender and sexuality studies program; culinary historian Becky Libourel Diamond '90 and author of Mrs. Goodfellow: The Story of America’s First Cooking School; and Marian Schneider, executive director of Verified Voting, a national organization dedicated to strengthening democracy by promoting the responsible use of technology in elections.

Suffrage cookbooks, which first appeared in 1886, were a covert way for suffragists to share information about the cause. They were a uniting factor and a way to exchange ideas, helping women to rally together.

“The Gail Bierenbaum Women’s Leadership Council is proud to publish The Rider Women’s Suffrage Centennial Cookbook,” said Pamela G. Mingle, the council’s founder and co-director. “While our cookbook honors our courageous foremothers and the ratification of the 19th Amendment in 1920, we recognize that this historic moment for women was only a first step towards equal access to the franchise, and that for many women the struggle continued and still continues today. This cookbook also is in their honor.”

“The cookbook was a joy to assemble,” said Joan C. Mazzotti '72, vice-chair of Rider’s Board of Trustees. “What quickly became clear to me was that my role as editor was to bring consistency to the format of the recipes, while staying true to the voice of the contributor. Accordingly, scattered throughout the book you will find advice and tips shared with love, experience and good humor. That is the beauty of a community cookbook.

“In the tradition of the suffragists’ cookbooks, throughout this book you also will find compelling, heartfelt messages from the contributors,” said Mazzotti. “Some are rallying cries for the importance of voting; others are stories of courageous mothers and grandmothers; and others are thoughts on the continuing fight for women’s rights. All are messages of gratitude, hope and pride.”

The book also puts the publication of the cookbook into context and includes pieces on the impact of the COVID-19 pandemic and the national anguish that followed the murder of George Floyd.

Copies of the 185-page, softcover cookbook may be purchased for $19.20, plus shipping, online at www.rider.edu/cookbook or by calling 609-896-5000, ext. 7032. All proceeds from the sale of the cookbook will fund scholarship assistance for women attending Rider University.