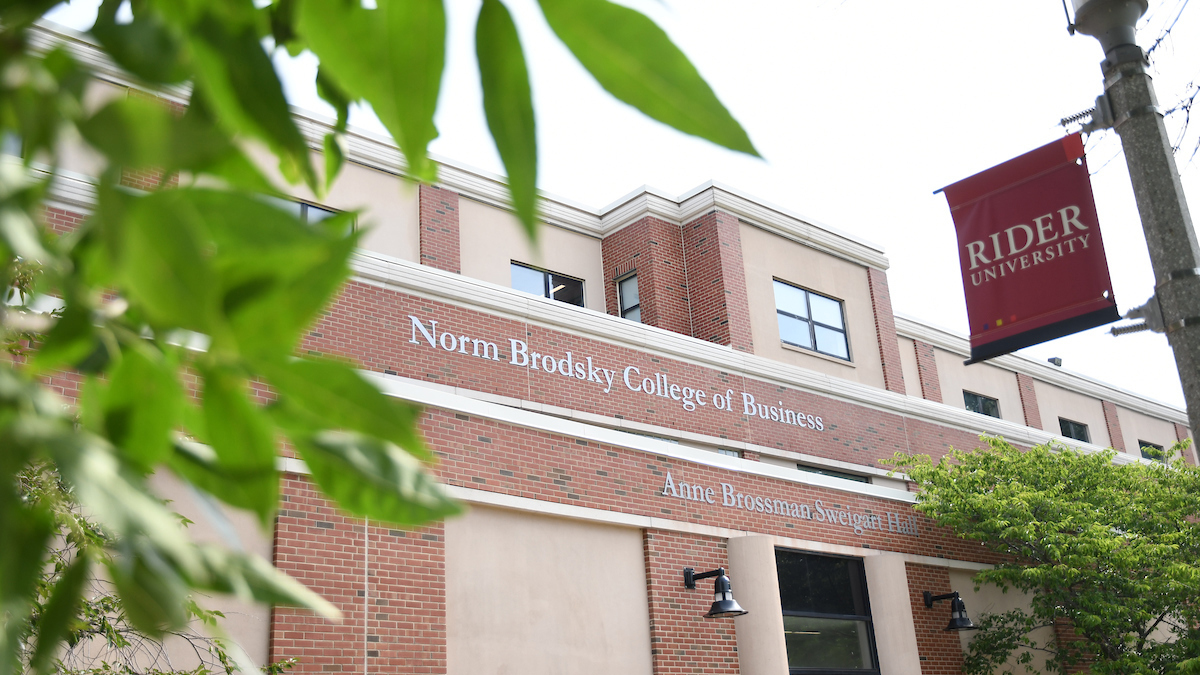 A team of Rider University undergraduate students were recognized in February by the Small Business Institute® (SBI) for their consulting project. The team placed in the top 10 in the national SBI Project of the Year Competition, which recognizes the best student consulting projects throughout the United States.

"It is clear that Rider has made an indelible mark on this competition," says Dr. Ron Cook, Associate Dean of the Norm Brodsky College of Business, and director of Rider's SBI program. "Each year, I am incredibly proud of the hard work our students put into helping real-world clients."

Competition teams are formed in Cook's consulting classes. This year's team, from fall 2019, consisted of Jake Malek '20, Olivia Gillingham ‘19 and Isaiah Jean-Baptiste ‘20. The team created a consulting plan for Fizzee Labs, an organization owned by Joe Hudicka ’93, ’00, his wife, Lora Hudicka, and their two children, Joey, 18, and Heidi, 13. The company centers its work around the idea of "productive play" — learning while having fun, something Hudicka's children have embraced since they were young.

Fizzee Labs has an array of learning games, resources, tools and events designed for a range of demographics, from elementary schools to the college and professional levels. The Rider team provided a marketing plan for Fizzee Labs' new educational curriculum, which focuses on children in second through sixth grade.

Michael Morsby '19, a graduate of Rider's executive master of business administration program served as a mentor to the team, meeting with them weekly. Morsby was "a valuable resource for the students as they worked on these assignments," Cook says. Morsby is the owner of SCN Solutions, Inc., which offers network support and managed IT services to Mid-Atlantic-based companies.

Rider's frequent success in the competition is notable because of the level of intensity from other colleges and universities, Cook says.

"Rider competes against some schools who require an SBI project in certain majors or programs and have 25 or more projects from which to select their best one to send to the competition," he says. "Having been a judge in this competition (in different categories from my entries), I can appreciate the quality of the projects submitted and the effort students must make to earn this kind of recognition."