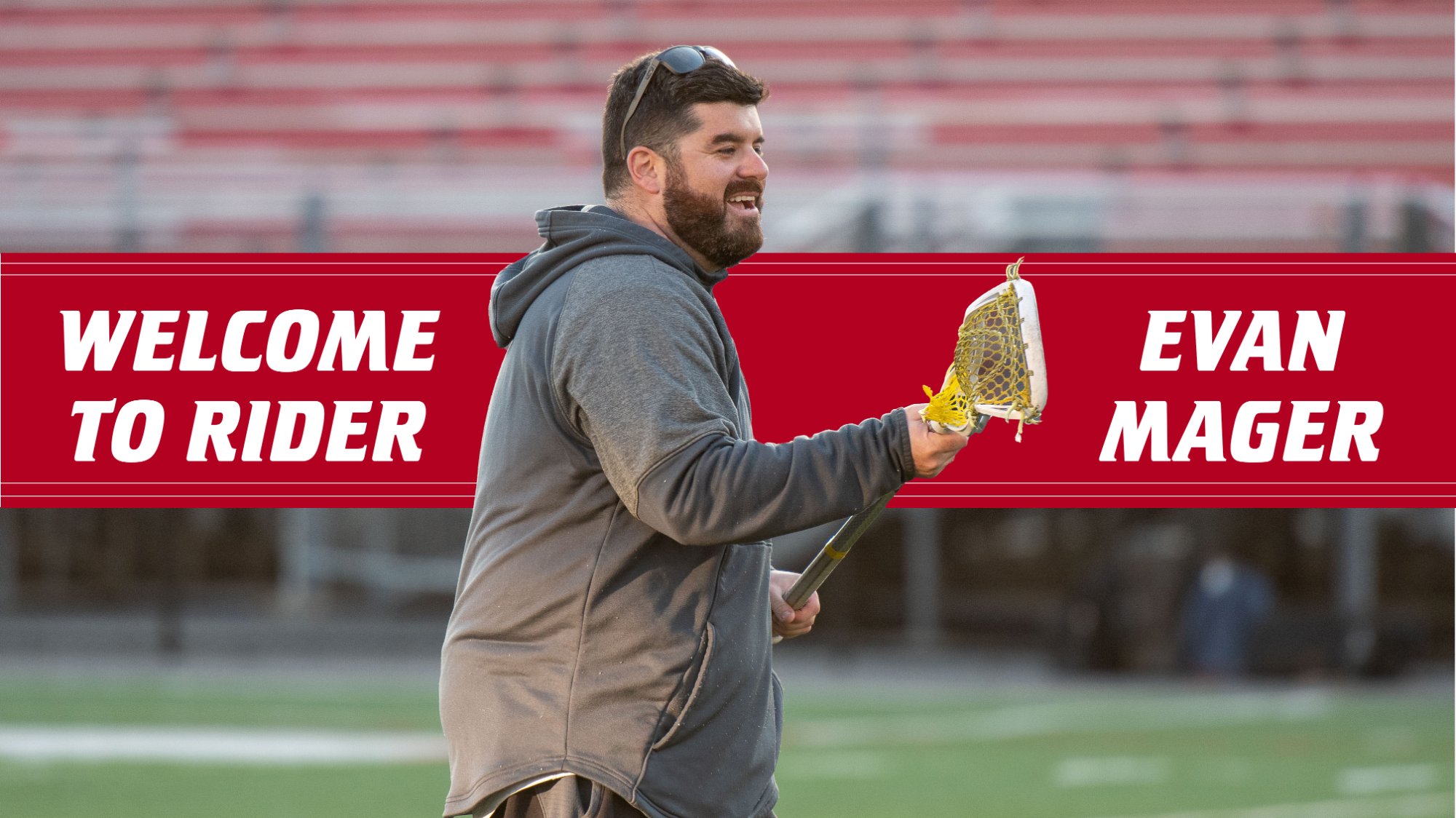 Rider University Athletic Director Don Harnum has announced the hiring of Evan Mager as head coach of the women's lacrosse team. Mager becomes the first coach in the history of the program, which was announced in Sept., and is expected to begin competition in the spring of 2024.

"I am beyond excited and honored to be the first women's lacrosse coach at Rider University," says Mager. "I want to first thank Don Harnum, Karin Torchia, Aimee Alt and the entire search committee for this amazing opportunity. To be a part of building a program in my home state of New Jersey is a dream come true. The commitment, dedication, and investment to starting a women's lacrosse program was evident from the first conversation we had. As I spent time with the staff at Rider, I immediately felt at home and could sense the amazing culture among the staff. I can't wait to start getting student-athletes onto campus and get everything going!"

Mager comes to Rider from Fairleigh Dickinson University(FDU)-Florham, where he produced a 34-7 record during his three seasons as coach of the Devils. In just his second season in 2021, his team produced a 16-0 record entering the NCAA Division III Tournament. Following the 2021 season, Mager was named Middle Atlantic Conference Freedom Coach of the Year and Intercollegiate Women's Lacrosse Coaches Association Boardwalk Region Coach of the Year with a pair of his athletes earning All-America honors following the season. In 2022, following a 16-3 season, he saw another one of his athletes earn All-America honors, with three claiming US Lacrosse Magazine All-America honors.

"We are excited to welcome Evan as the head coach as we begin recruiting and competing in women's lacrosse at Rider," says Harnum. "He has an impressive track record as a head coach and has proven to be a successful recruiter in the region. His passion for creating a positive, competitive experience for student-athletes really stood out throughout the process."

Prior to his time at FDU, Mager was the head coach at Morristown High School for nine seasons, where he accrued 103 wins, including the Morris County Championship in 2018. That team finished the year ranked No. 8 in the state and in the top 125 nationally. During his time at Morristown, he saw 26 of his players continue their playing careers at the collegiate level, including 12 at Division I programs.

Mager was also the Under Armour All-America Underclass Girls lacrosse coach from 2016-20, and is currently the director of D3 NIKE Recruiting XPO.

A lacrosse player himself, Mager was a member of the FDU-Florham men's lacrosse team where he played goalie and midfielder for the Devils. During his time with the team, he was named the Andrew Helgeson Memorial Award winner, which is awarded to the player with the most dedication and commitment to the team.