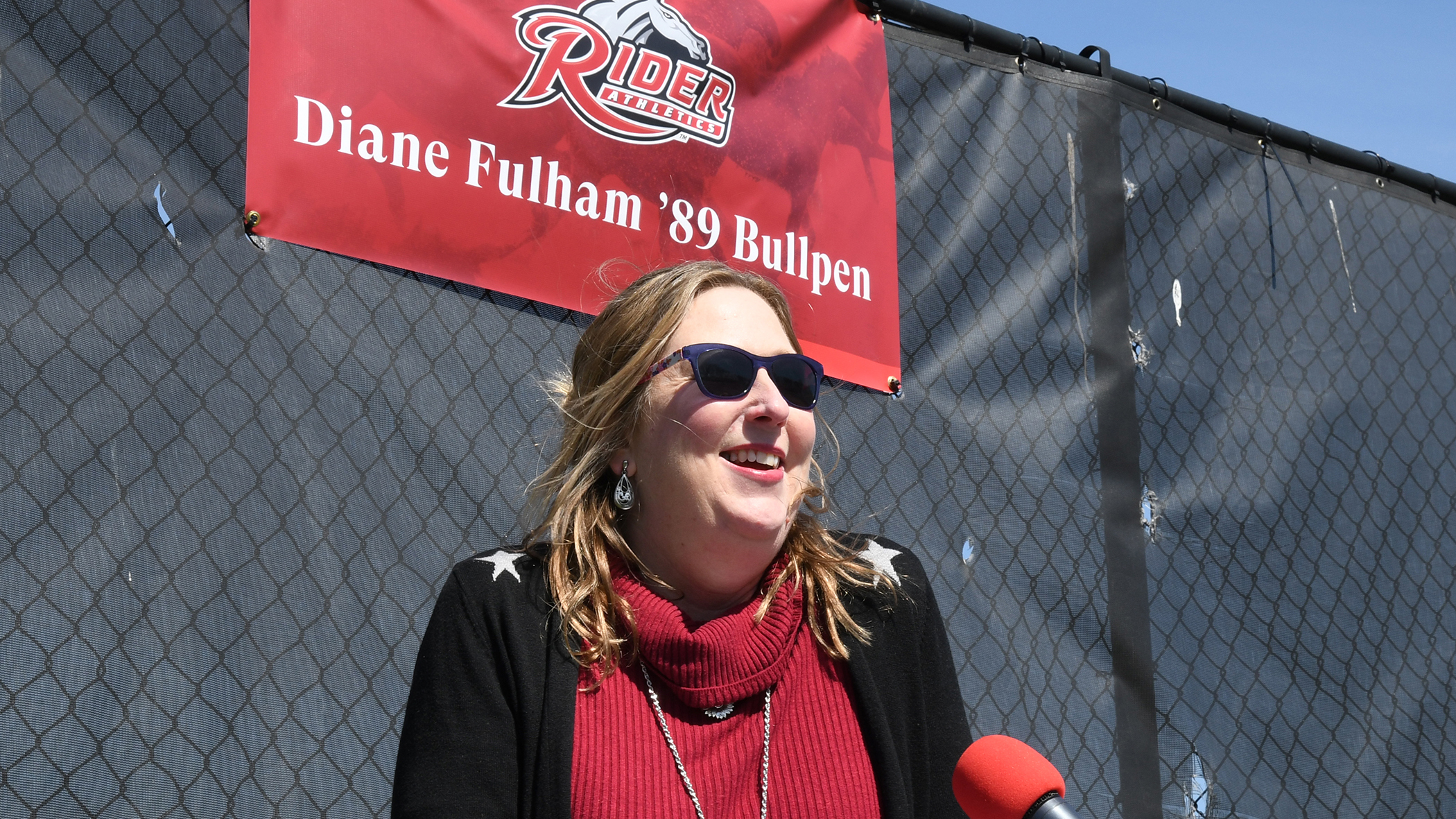 In recognition of a planned gift from Broncs’ softball standout Diane Fulham Blaszka ’89, Rider University held a ceremony on April 2 to formally name the team’s bullpen in her honor.

A planned gift is a contribution to a charitable organization usually through a will or bequest. This type of gift may be unrestricted, which would allow Rider to direct support to an area of greatest need, or it can be designated for a specific purpose.

“Rider is in my will because it provided me with a full athletic scholarship, a hands-on education and a warm, encouraging environment to increase my understanding of the world and my place in it,” says Fulham Blaszka, who is the director of institutional giving at Hackensack Meridian Health Foundation.

Fulham Blaszka led Rider to four consecutive East Coast Conference Championships. As a sophomore she was the ECC Player of the Year and ECC Championship Tournament MVP. She graduated with Rider records for wins and strikeouts in a season.

Rider inducted her into the University’s Athletics Hall of Fame in 2011. She and her teammates of 1989 and 1990 were also inducted the following year. 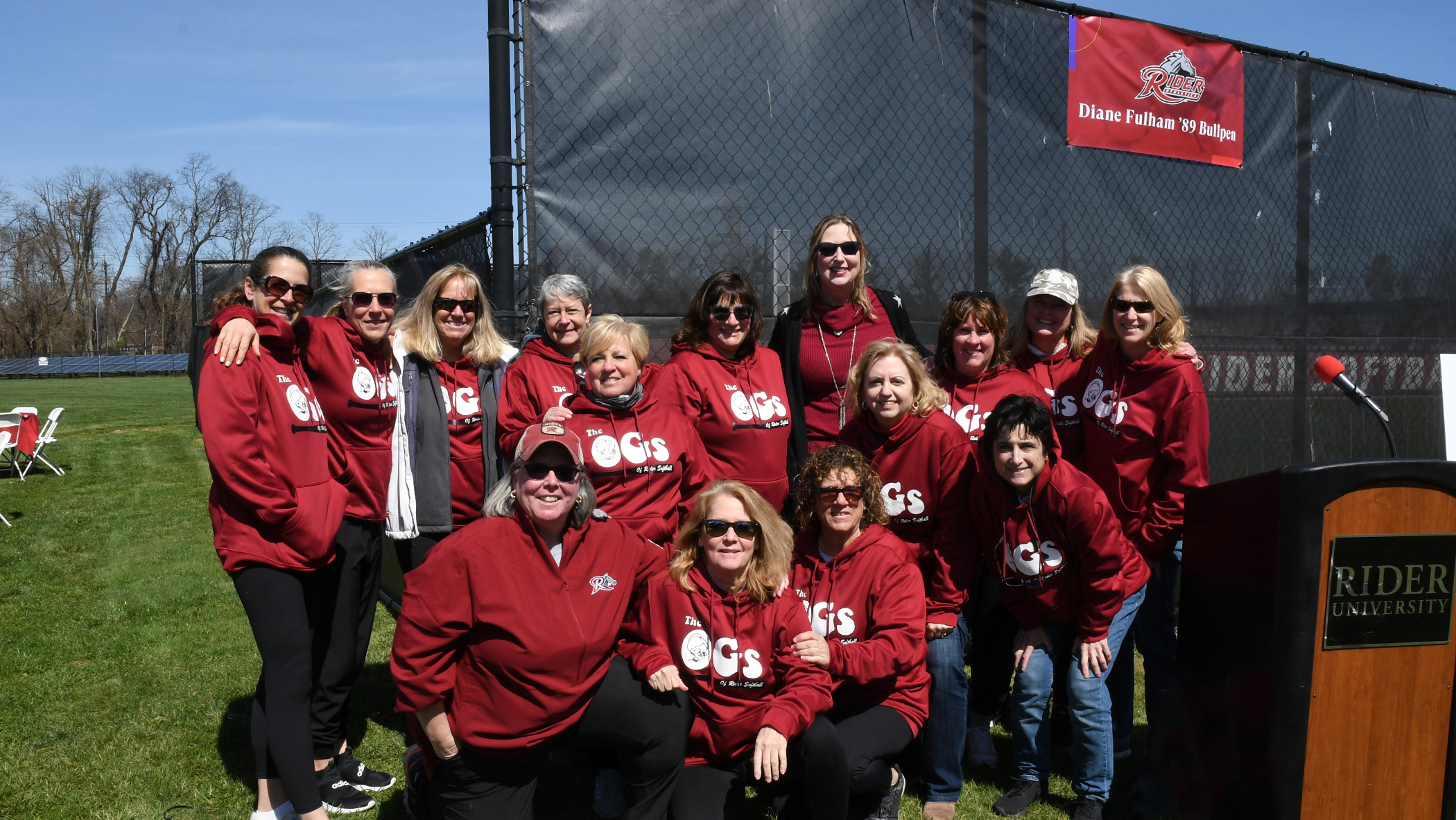 The presence of the former players clearly inspired the current team as they blanked Fairfield twice, over a combined 13 scoreless innings, including the first no-hitter for the program in nearly 10 years.

Later in the day, Fulham Blaszka and her teammates from the '80s, gathered for a softball alumni pick-up game and a fun time at the Rider Pub.

A planned gift provides a unique opportunity to leave a lasting legacy that reflects one’s values and personal mission. For more information on making a planned gift, contact the Director of Planned Giving Ryan W. Baumuller at [email protected] or 609-896-5233.