Dr. Pamela Pruitt was honored alongside husband Dr. George A. Pruitt on Dec. 6 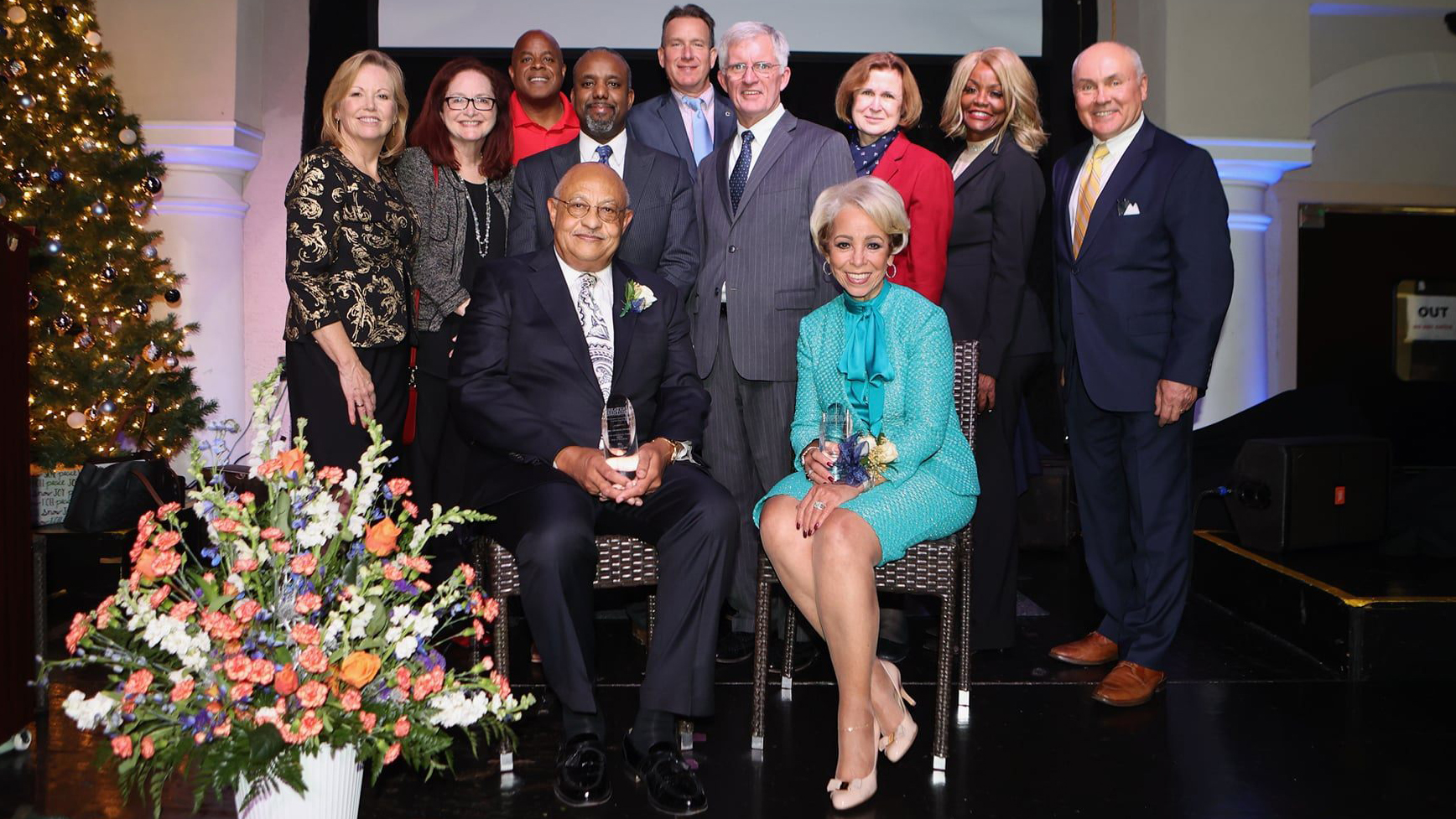 The event honors the legacy of Caren Franzini, a former CEO of the New Jersey Economic Development Authority and one of the founders of Greater Trenton, a nonprofit that works to advance economic revitalization efforts in Trenton.

“Congratulations to the wonderful honorees who are committed to pushing Trenton forward in equity, diversity, inclusion and making all the good things happen here,” said George Sowa, chief executive officer of Greater Trenton.

As the executive director of the Center for Diversity and Inclusion, Pruitt helps lead Rider’s efforts to foster understanding and appreciation of different cultures and ways of life. In addition to being a Grammy Award-winning songwriter, she has served in many capacities inside and outside of Rider. Pruitt serves as chair of the Northeast Tri-State Chapter (NY, NJ, PA) of the National Association of Diversity Officers in Higher Education (NADOHE) and is a board director of the Capital Area YMCA and the Trenton Health Team, among others.

“George and I are deeply honored by receiving this recognition for such a distinguished award representing the late Caren Franzini, an incredible champion of economic development in the State of New Jersey,” Pruitt said.

Dr. George Pruitt, president emeritus of Thomas Edison State University, is among the longest-serving public university presidents in the nation. He helped conceive and form Greater Trenton, serving as a founding member of the nonprofit’s board of directors. He is the recipient of five honorary degrees and numerous awards, honors and commendations. In addition to his work revitalizing New Jersey’s state capital, Pruitt has helped form educational policy across the country.

Past honorees of the Caren Franzini Capital City Award have included Rep. Bonnie Watson Coleman, who represents Rider’s district and is also the first Black woman to ever serve in her state's congressional delegation, and Anthony “Skip” Cimino, the executive director of the New Jersey General Assembly Office who played an instrumental role in the formation of Greater Trenton.

A portion of the proceeds from the Caren Franzini Capital City Award Celebration will be allocated to scholarships and internships for Trenton’s youth. Rider was among the program’s sponsors.