Professor focuses research on role of technology in math education 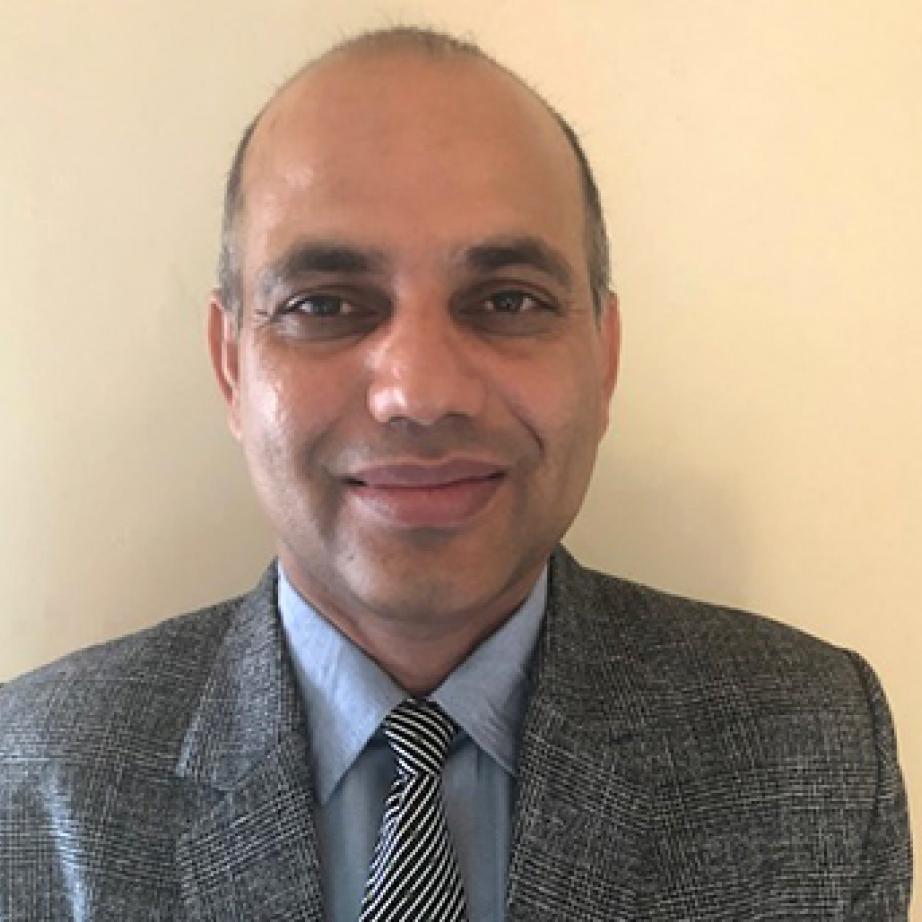 Dr. Bhesh Mainali’s love of mathematics dates back to his childhood in Nepal. “My math mindset began as early as elementary school,” he recalls, “and I was really good at it throughout high school.”

Nevertheless, he wasn’t planning on a career as a math educator until he received an unexpected phone call when he was in college. At the time, he was an undergraduate at Nepal’s Tribhuvan University, where he was studying for his bachelor’s in science. “There was a huge shortage of math and science teachers in Nepal, and a private school called offering me a position as a math teacher,” he says. “I took the job, and the more I taught, the more I loved it.”

For the next several years he taught elementary school and high school math, and after earning his master’s in theoretical mathematics, he also began teaching at the college level.

It was his experience in the classroom that led Mainali to reevaluate the very nature of teaching math. “I was trying to explain how to find mathematical solutions and I realized there should be a more efficient and effective way,” he says. “That’s why I became attracted to the idea of studying math education.”

He took a leave from his job and enrolled in the University of Amsterdam in the Netherlands, where he earned a master’s in math education, which he says has helped him to more effectively teach others how to do math.

“As a mathematician, I may see the beauty of mathematics, but I may not be able to explain it to somebody else,” he says. “However, as a math educator, I’m better able to share the meaning and logic of mathematics. Mathematicians and math educators both see math from the same lens, but the way we explain it to somebody else is very different. And the reason why I want to explain math in a better way to someone who doesn’t necessarily love it is because I want to help them to understand the reasoning and real-life applications behind math.”

After earning a master’s, he returned to Nepal, where he taught math to pre-service teachers at the university level. Wanting to enhance his education even further, he moved to the United States, where he earned a doctorate in mathematics education from the University of Central Florida.

Mainali came to Rider University in the fall of 2019 after five years as an assistant professor at the University of Wisconsin, Superior. He says what drew him to Rider was the chance to pursue his dual passions of teaching and research.

“I love teaching and I want to be the best teacher I can be,” he says. “But I also want to do research, and research can be an important part of teaching. I found that Rider provides me the best opportunity to do both.”

In addition to teaching math education courses, he is also mentoring some of Rider’s graduate students, helping them to incorporate mathematical concepts into their research. For example, he is currently working with Nicole Dickens-Simon, a doctoral candidate in the educational leadership program, on interpreting the data she has collected for her dissertation.

"Dr. Mainali has been very supportive of my dissertation research data analysis,” says Dickens-Simon. “He has offered both time and resources as I entered the final stages of preparation. He is an asset to the department."

A major focus of Mainali’s research has been the role of technology in math lessons. “I’m really a fan of using tools and technology in teaching math,” he says, “and I think research shows that technology really enhance teaching and learning.”

For his master’s thesis, Mainali taught similar math lessons to two groups of 10th-grade students, with the only difference being that he incorporated technology into the lessons for one group but not the other. He found that that group that had the benefit of technology outperformed the other group.

He says these results are consistent with his own experience. “Even as a math educator, sometimes I see math in a more dynamic way if I use technology to extol a mathematical concept, compared to using a pencil and paper.”

Mainali is also passionate about improving the quality of math education in his home country of Nepal. Last summer he led a group of 15 math educators from the United States who traveled to Nepal and spent three weeks providing professional development to nearly 1,000 high school math teachers there. He is also conducting an ongoing study of the job satisfaction among Nepal’s math teachers.

Always striving to find more effective ways to teach mathematical concepts, Mainali now finds that some of his best resources are in his own home. “I have two children, ages 4 and 5, and I learn so much from them,” he says. “Now I can read about the latest findings in a research paper, and go home and experiment with my kids to see if they respond in the ways that the research suggests. It’s really interesting!”

If you weren’t a professor, what would you want to do for a living?

I like to watch National Geographic. I love learning about the forest and exploring different plants and animals. So maybe I would be a biologist.

What is something about you that would surprise people?

I love soccer. Of course, we don’t call it soccer in Nepal, we call it football, but I was a good soccer player growing up and sometimes when I have a chance and I can find people, I still love to play.

What professional achievement are you most proud of?

I am proud that many of the pre-service teachers who have been in my classes came in with a mindset where they don’t like math. But as they’ve gone through my course, they’ve thought, “Oh wow, math is really interesting and it’s not as difficult as I thought in the beginning!” I feel so proud that I helped them to change their mindset, and that I’m making an impact on their ability to be good teachers.

What advice do you have for people who are considering a career in education?

In my opinion, being a teacher is one of the best professions because it’s not about the money, but about the impact you can make on others. Teachers are the ones who help to produce the doctors and engineers of tomorrow. So if you’re thinking about becoming a teacher, please come here and we will do our best to support you as you go through the program, and help make you a good teacher who can develop many good citizens for the future.

What do you love about being at Rider?

I’ve only been here a short time, but there is a strong community here. Not only in the Department of Teacher Education, but I’ve had a chance to get to know other new faculty and meet people from different departments. From a teaching perspective, I like the fact that we spend one day in the classroom and the next day in the field. I really like that because I can teach a theory, and then my students can gain real-life experience implementing what they just learned.