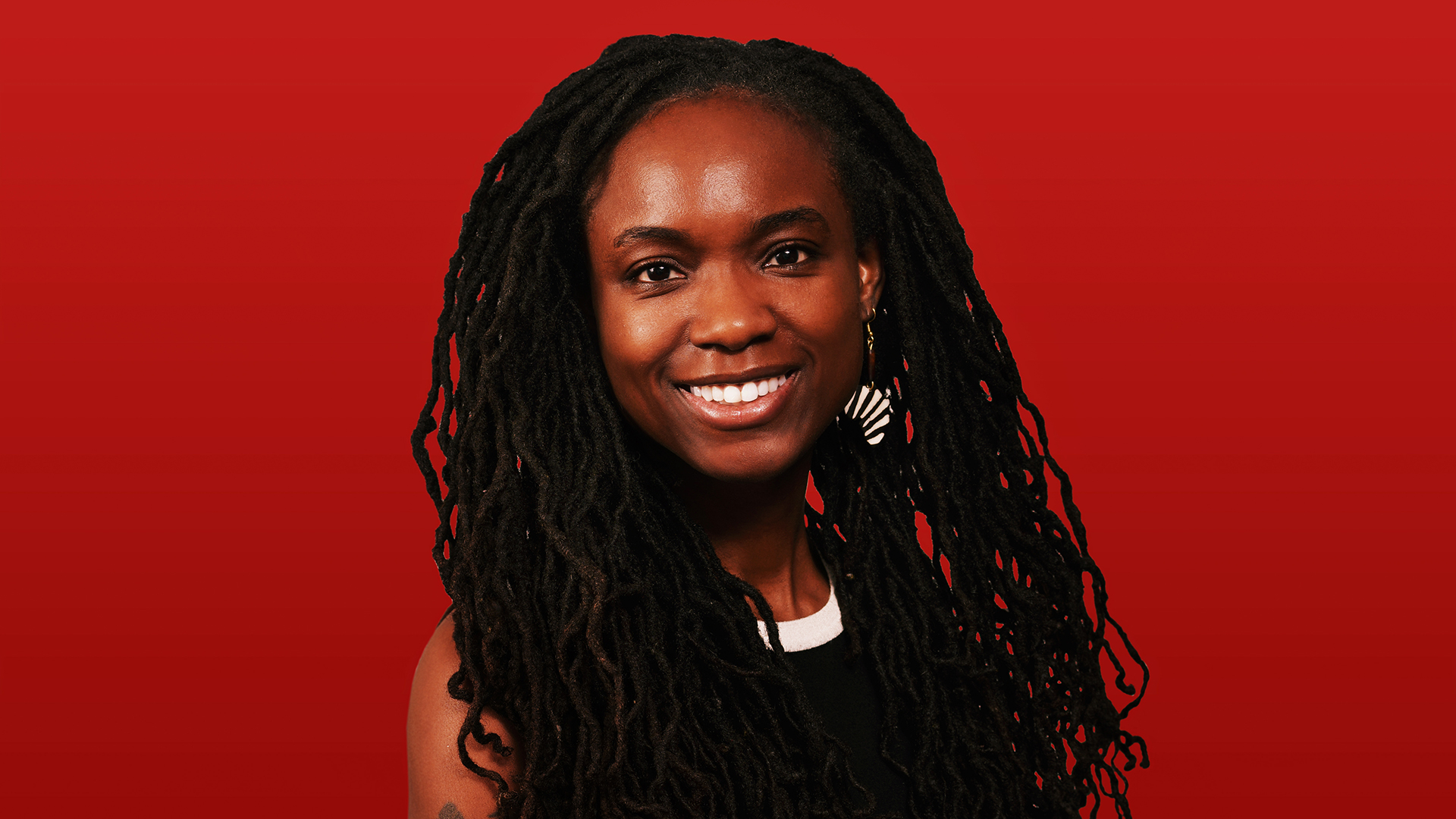 Sheena Howard, a professor in Rider University’s Department of Communication, Journalism and Media, is the author of a new Woman Wonder comic.

Her story appears in Wonder Woman Black & Gold #6, the final installation of a new anthology series that marks the superhero’s 80th anniversary. DC Comics will release the comic on Nov. 23.

To create the story, Howard brushed up on her Greek mythology and took a deep dive into Wonder Woman’s expansive history, which dates back to October 1941. The self-contained story is set in Center City, Philadelphia, against the backdrop of an environmental disaster. It features Wonder Woman relying on her sister, Nubia, to rescue her from the hands of Poseidon and Athena.

“There’s still a lot to do with Wonder Woman because her story is very flexible,” Howard says. “All of the gender dynamics she stands for, there’s a lot to play with there — and you can especially play with those dynamics as they change in society.”

Howard’s comic book writing credits already include co-writing Superb, one of the first comics to ever feature a superhero with Down syndrome, but Black & Gold represents the first time she is writing the iconic Wonder Woman. The black and gold theme honors Wonder Woman's famous golden Lasso of Truth. The visual style was brought to life through Jamal Campbell's art and Pat Brosseau's lettering, with Jamie S. Rich serving as editor.

For this project, Howard knew she wanted to feature Nubia, who has been portrayed over the years as either a sister or a non-familial ally of Wonder Woman. Nubia is recognized as among DC Comic’s first Black women superheroes. "Going in I knew I wanted these elements — Nubia and Wonder Woman working together and having sibling banter in a story set in Philly," Howard says.

Her biggest challenge was confining the story to eight pages. How do you include a beginning, a middle and an end into such a small space? “Comics can’t be too wordy — they’re more about the images and how the words interact with those images,” Howard says. “They’re not a dissertation.”

It was a dissertation, though, that gave Howard her start in comics. Her doctoral thesis at Howard University analyzed Aaron McGruder’s Boondocks comic strip. After earning a doctorate in communication and culture, she soon became the first Black woman to win an Eisner Award, the comic industry’s highest award, when she received the prize for her first book, Black Comics: Politics of Race and Representation.

As established as Howard had become as an academic, she felt like something was missing in her ability to discuss comics. “I wasn’t able to talk about it as an insider,” she says. “Now I can talk about comics both as a creator and an academic. That’s a blessing to me. What an honor it has been to be given the opportunity to write comics.”

Howard embraced such opportunities with a healthy amount of self-awareness (“You never want to be that person who studies hip hop and then goes and makes a terrible rap album,” she says, laughing) but also fearlessness. Those qualities have been present through the multiple ways she expanded into new fields and genres.

In September, she presented a TEDx Talk on self-empowerment. In 2016, she wrote, produced and directed a documentary, Remixing Colorblind, a study of higher education and how it shapes our perceptions of race. She is also the editor of a book-length collection of essays about Black Panther called Why Wakanda Matters. For her efforts, Howard has twice received a proclamation from the City of Philadelphia.

"Every year something even more crazy happens to me," Howard says. "I wouldn’t have thought I would ever write Wonder Woman, but now I really want to do more."