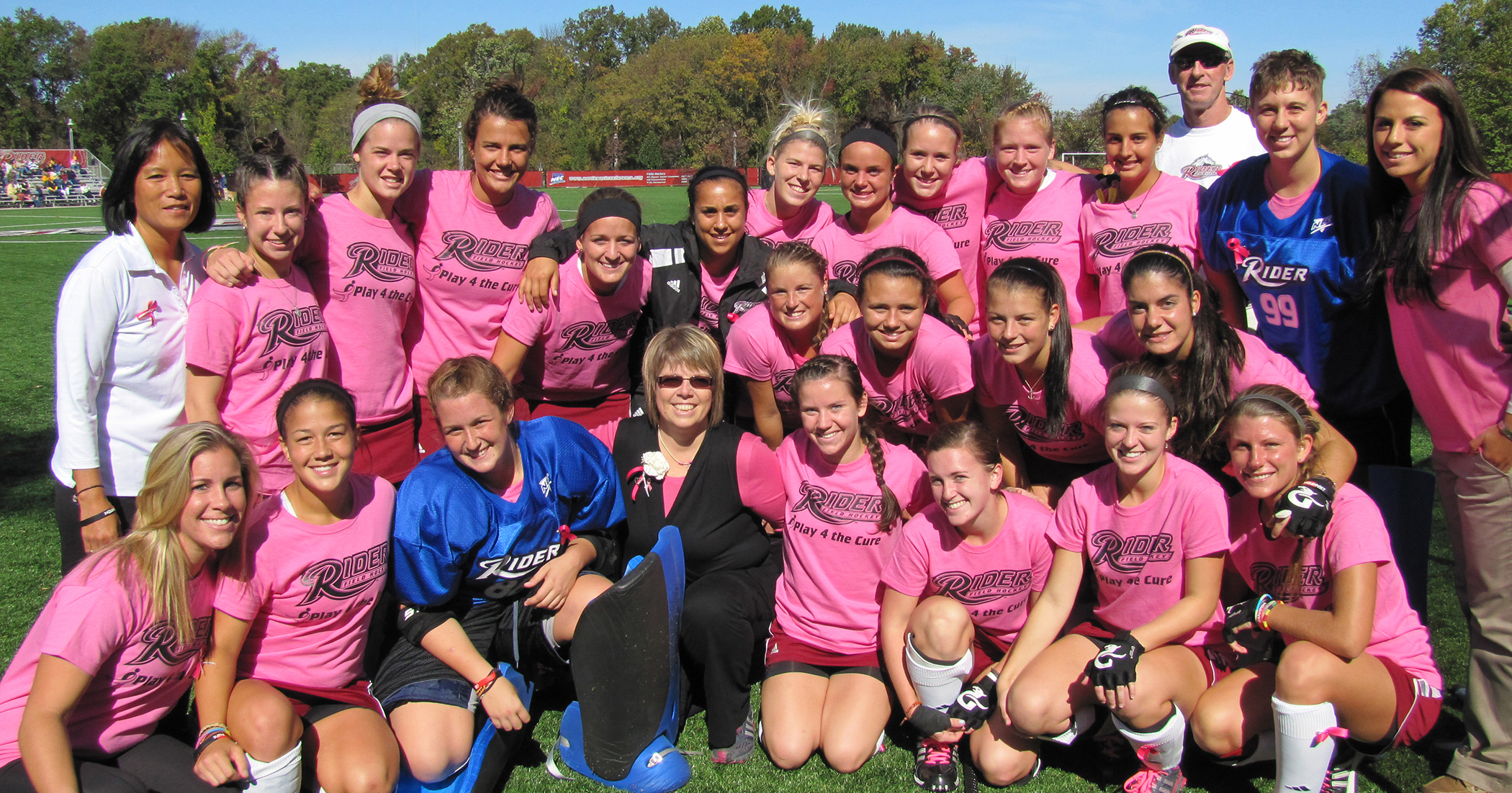 A scholarship fund to benefit field hockey student-athletes has reached the endowment level, guaranteeing a permanent source of support for eligible players. The fund was established to honor the memory of Cathy Carter-Romero, a former director of Creative Services at Rider, at the fifth year anniversary of her untimely passing.

Carter-Romero worked for 15 years in the Office of University Marketing and Communications, overseeing brand management, graphic design and photography. She was known on campus for her easy sense of humor; her love of family, including her Rider family; her enthusiasm for Canadian hockey (she was born and raised in Canada) and her enforcement of the University’s graphic standards. She jokingly referred to herself as the “logo police.”

Since her death in 2014 at age 49 due to breast cancer, family, friends and colleagues have continued to raise funds to honor her memory, and after a special campaign during the past academic year, made a strong effort to bring the scholarship fund to endowment level.

An endowment can be established with a minimum of $25,000, or with a pledge of that amount that is fulfilled over five years. When fully funded, endowed scholarships provide a perpetual source of financial assistance for students.

One hundred and seventy-five individuals contributed to The Cathy Carter-Romero Memorial Endowed Scholarship, raising more than $26,000 in total funding. Among those who supported the effort were 107.7 The Bronc Radio Station Manager John Mozes and students at the station who heavily promoted fundraising for the scholarship both on-air and at the men’s and women’s home basketball games, exclusively donating funds raised during “Launch A Bronc” promotions.

Carter-Romero was a passionate supporter of Rider and its athletic programs. She regularly attended athletic and student events with her family, and often adopted teams, having them over for dinner and celebrating their individual and team accomplishments.

She was particularly involved with the University’s field hockey team, becoming a mentor to several players and traveling long distances to cheer the team on during championship competitions. In tribute to that legacy of support, every October during breast cancer awareness month the field hockey team continues to dedicate a game to her memory. This year, to mark the anniversary, the team held a ceremony and tailgate for Cathy’s family.

“Cathy was a fighter, a friend, a true Bronc. She taught me so much about the meaning of friendship and to never lose sight of the brighter, humorous side of life,” says Debbie Stasolla, vice president for Strategic Initiatives and Planning and secretary to the Board.  “You couldn’t have asked for a more dedicated colleague and loving friend.”