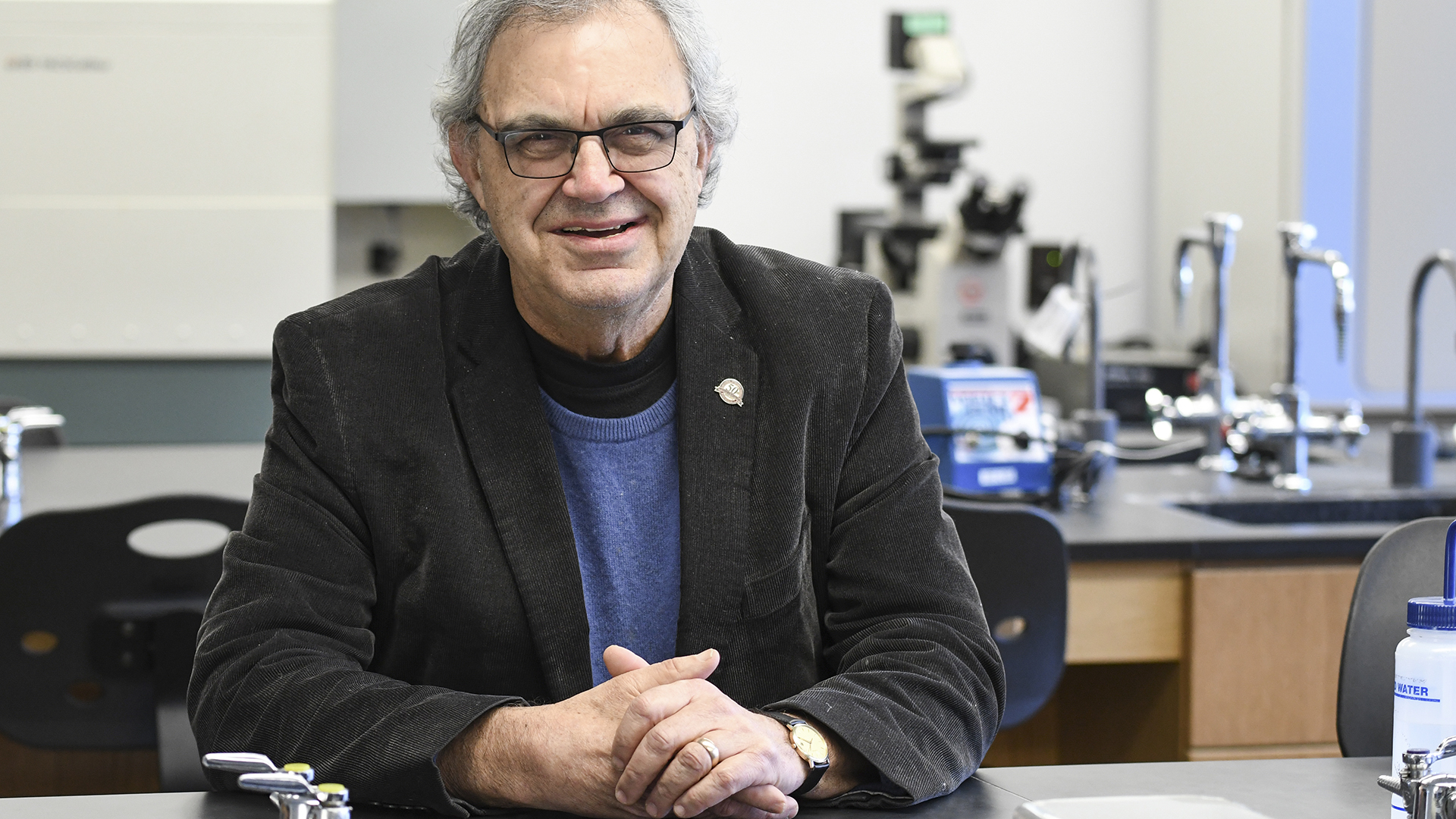 A new scholarship has been endowed in honor of Dr. Jonathan Yavelow for undergraduate science students with financial need.

On May 15, dozens of members of the Rider University community gathered to celebrate the endowment’s announcement and to pay tribute to the professor of biology’s years of steadfast instruction, counsel and friendship. Yavelow has been teaching at Rider for 38 years and is the director of the University’s Health Studies Institute. In April, the state of New Jersey recognized him for his exceptional service to the New Jersey Commission on Cancer Research.

The event occurred virtually due to the restrictions imposed by the pandemic and was a surprise to Yavelow, who logged into the meeting unaware of its true purpose. He is currently on an extended medical leave from the University and has recently announced his intention to retire.

Colleagues, former students and friends honored the distinguished teacher and researcher as a trusted mentor and a true friend. They lauded Yavelow a consistent cheerleader for Rider, its students, and the faculty and staff he worked alongside.

“Jonathan’s unwavering optimism, exuberant personality, and steadfast loyalty to Rider are among the many reasons that those who know him have such great affection for him,” says Dr. Kelly Bidle, dean of the College of Liberal Arts and Sciences. “I am so happy that we were able to endow this scholarship and recognize Jonathan for his distinguished career in a way he so richly deserves.”

Eighty-four individuals funded the scholarship, raising more than $27,000 for the tribute in just two months. Contributions from alumni sparked fond memories of their time as students in Yavelow’s classes.

“On my first day of college, Dr. Yavelow was there in Biology I, with some of the first words I ever heard as a college student,” recalls Wright Seneres ‘97, now a social media and marketing specialist with the Princeton Entrepreneurship Council. “He spun a grand tale of our universe and the life forms within it, and then said there was only one document that could possibly contain this wonderment: the syllabus. I was instantly hooked!”

Dr. Nicholas Tsarouhas ’85, an attending physician in emergency medicine at Children’s Hospital of Philadelphia and the medical director of the hospital’s Transport Team, is one of several alumni who spoke of Yavelow’s renowned championing as they pursued science as a career path.

“Jon took me under his wings, mentored me, taught me, stimulated me, inspired me, and cared about me,” Dr. Tsarouhas says of Yavelow’s ability to be a positive influence. “To this day, my emotional bond with Jon Yavelow is as strong as it was when I was his student. In many ways, I’m so proud to say, I’ll always be Jon’s student.”

Around Rider, Yavelow is as well-known for his big bear hugs, Birkenstock sandals and huge grin as he is for his genuine interest in the lives of others.

“He is a natural ‘people person’ and treats everyone he meets like an old friend,” says Dr. John Bochanski, an associate professor and chair of the Department of Computer Science and Physics.

He recalls meeting Yavelow for the first time. “He came bursting into my office, and my life, during the first few weeks of my first semester at Rider. He had learned that I was an astronomer, and wanted to welcome me to campus and talk about astrophysics. It is wonderful to watch him meet new people, and welcome old friends. And the Yavelow charm knows no age limits...my kids love talking to him.”

Dr. Mary Allessio Leck, a retired emeritus professor of biology and Dr. Robert Simpson, a former faculty member and chair, both say Yavelow’s influence and vision for the department were formative. Recalling the early days after his arrival at the University Leck says, “Jonathan brought instant energy to the department. He was knowledgeable, outgoing and the students loved him. He was the perfect fit for the biology department.”

The energy he brought to his daily work on campus is legendary. Dr. Patrick Chmel, a professor of theatre emeritus, recounts how Yavelow stood to give him a standing ovation when Chmel was called up to receive an award during an event that took place in 100-degree heat.

“All others remained seated in the sweltering heat...,” recalls Chmel, “except for one person in the middle of the faculty section who had risen to his feet, applauding with gusto at my accomplishment. That was Yavelow.”

“He is a positive force of nature for so many," says Dell’Omo. “Since joining Rider, I have found him to be among the institution's greatest advocates and it is a testament to his charisma that so many have joined forces to honor him by making this scholarship possible.”

The surprise Zoom featured remarks by Bidle, Dell’Omo and Provost DonnaJean Fredeen. It also featured a video made by Rider alumni. After witnessing the outpouring of affection for him during the event, Yavelow used his trademark phrase, "It’s a beautiful thing," to sum up his feelings.

“Just being able to pursue work out of love and pass that forward, and to be able to put love and work in the same sentence, is a beautiful thing," he says. "I thank you so, so much. Rider’s a great place, and with this endowment, whether I am there full time or not, I’m always going to be a part of it now, and that’s just great.”

The Jonathan Yavelow Endowed Scholarship is renewable for up to four years and may be given to any undergraduate science student with demonstrated financial need, but preference will be given to biology majors.