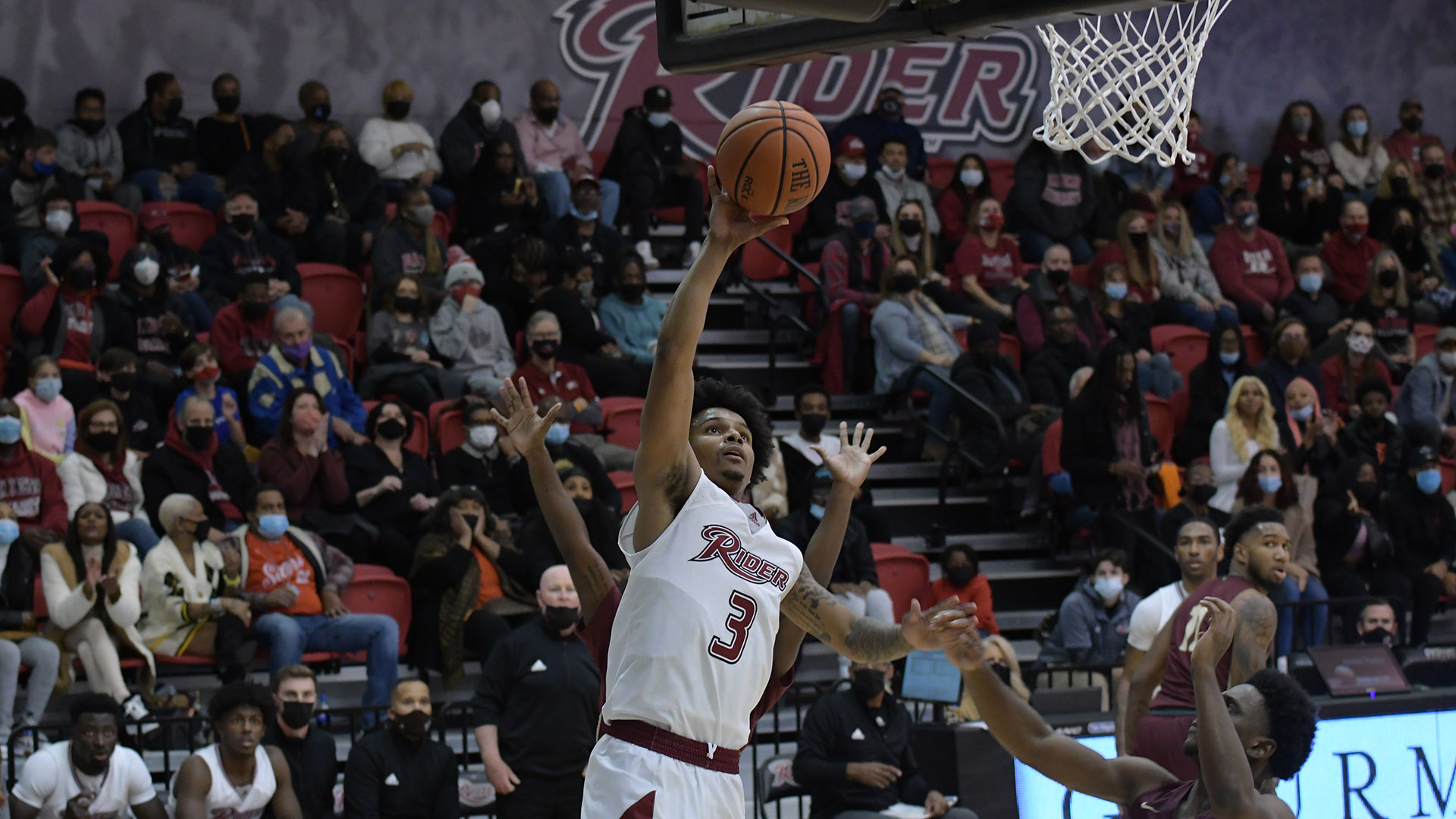 The MAAC Men's and Women's Basketball Championships are set to return to the historic Jim Whelan Boardwalk Hall in Atlantic City, N.J., from March 8-12. The tournament schedule, which will include games for Rider’s men’s and women’s teams, will be announced closer to the end of the regular season.

"With the tournament in Atlantic City, our fans have great access to see Rider compete for NCAA Tournament berths," said Rider Athletic Director Don Harnum. "I hope to see students, alumni and others come out to support our teams while taking advantage of all that Atlantic City has to offer.”

In 2018, the Metro Atlantic Athletic Conference (MAAC) Council of Presidents announced the tournament would move to Jim Whelan Boardwalk Hall beginning in 2020 through 2022. The first tournament held under this agreement was ultimately cut short because of the coronavirus pandemic, and last year, many safety precautions that restricted fan attendance were in place. Boardwalk Hall currently requires a facial covering or mask but is not otherwise limiting attendance.

Prior to 2020, the MAAC Basketball Championships were last played in New Jersey in 2003, when they were played at Sovereign Bank Arena in Trenton.

The historic Jim Whelan Boardwalk Hall was constructed in 1929 as the country's original convention center and was declared a United States National Historic Landmark in 1987. The venue, which seats more than 10,000, has hosted various professional and collegiate sporting events and concerts throughout its history. Atlantic City is a year-round destination that features dining, outlet and boutique shopping, world-class entertainment, and more.

In last year’s men’s tournament, No. 9 Iona defeated No. 7 Fairfield to become the champions. No. 1 Marist took the title in last year's women's tournament. In 2020, the Rider women’s basketball team was named the champion, despite the tournament being cut short because of the pandemic.

More information regarding tickets and fan packages, which include discounts on hotels located within walking distance to Boardwalk Hall, will be released soon. Rider also plans to release information about special pre- and post-game fan gatherings. All information will be shared as it becomes available on Rider’s tournament homepage at rider.edu/maac2022.