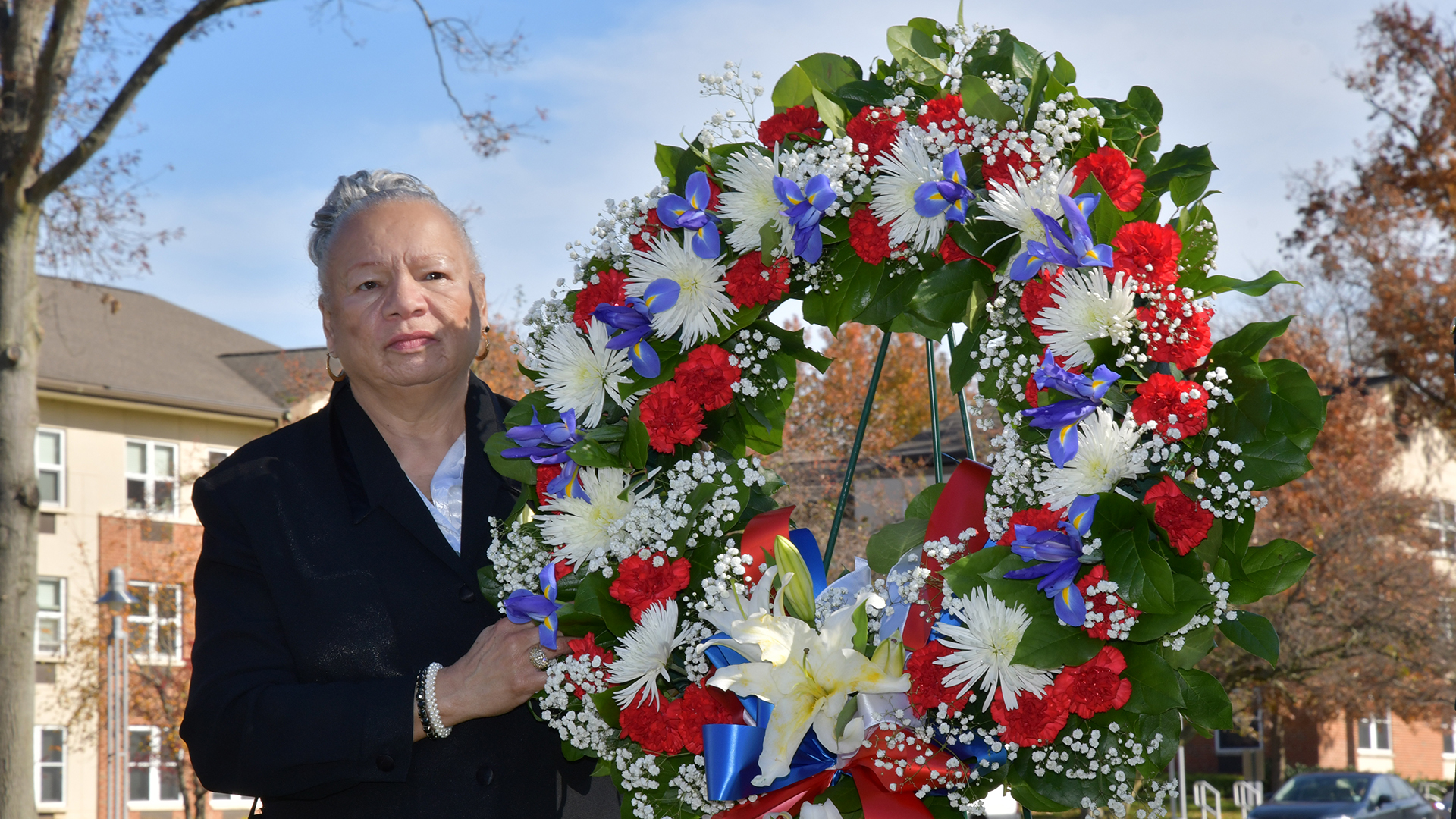 Each year, Rider invites Maria Vázquez to the University’s annual Veterans Day celebration. She has appeared as a featured speaker, but more often than not, she’s there as a guest to pay tribute to the servicemen and women of the United States.

Her son 1st Lt. Omar Vázquez '07 died while serving in Iraq in 2011. At the ceremony, Vázquez takes comfort in laying out a wreath for her son.

“I’m very happy with Rider — every year they call me,” she says. “It’s been many years since my son’s passing and they remember him. He will not be forgotten. Those little things make me very happy.”

In 2018, a casual comment Vázquez made after the ceremony caught the attention of Rider’s coordinator of veterans affairs, Thomas Reddington. Apparently through a mistake or misunderstanding, Vázquez was still paying two federal student loans she had taken out on behalf of her son Omar. Under federal regulations, they are supposed to be discharged if either the borrower dies or the student on whose behalf the loan was taken out dies.

Reddington intervened, summoning the help of Amanda Young, Rider associate director of financial aid, to untangle the misunderstanding. After several months, the loans were forgiven, and Vázquez was reimbursed for the payments she had made since her son’s death.

“Rider really worked hard and stayed on top of it for me,” says Vázquez. “They were really helpful."

Omar Vázquez graduated from Rider in 2007 with a bachelor's in history. In 2009, he added a master's in liberal arts from Rutgers University. He was compelled to enlist in the Army after the events of Sept. 11. Upon completion of his Army service, Vázquez planned to pursue a doctorate in history.

After joining the Army, Vázquez was assigned to the 2nd Squadron, 3rd Armored Cavalry Regiment based at Fort Hood, Texas. He was only 25 when he was killed during a mission in southern Iraq. He was the recipient of the Bronze Star Medal, Purple Heart Medal and many other decorations.

His mother says, "I didn't want Omar to be burdened with debt after college, which is why I took out the loans in my name." Now retired and living in part on her Social Security benefits, Vázquez says it has been a huge relief since those loans were forgiven.

Rider has a long and proud tradition of serving military veterans. When Rider opened its doors in 1865, some of its first students included Civil War veterans seeking job skills. Today, Rider is an active participant in several veterans programs including the Yellow Ribbon Program, which allows qualified military men and women the opportunity to attend college at a private institution through enhanced tuition benefits and supplemental scholarships and grants provided by participating colleges and universities.

"We're committed to helping veterans and take that role very seriously," Reddington says. "We can never give enough to people like Omar and his family."