Dwight Murray scores 19 of game-high 21 points in second half, including game winner with 7.5 seconds left 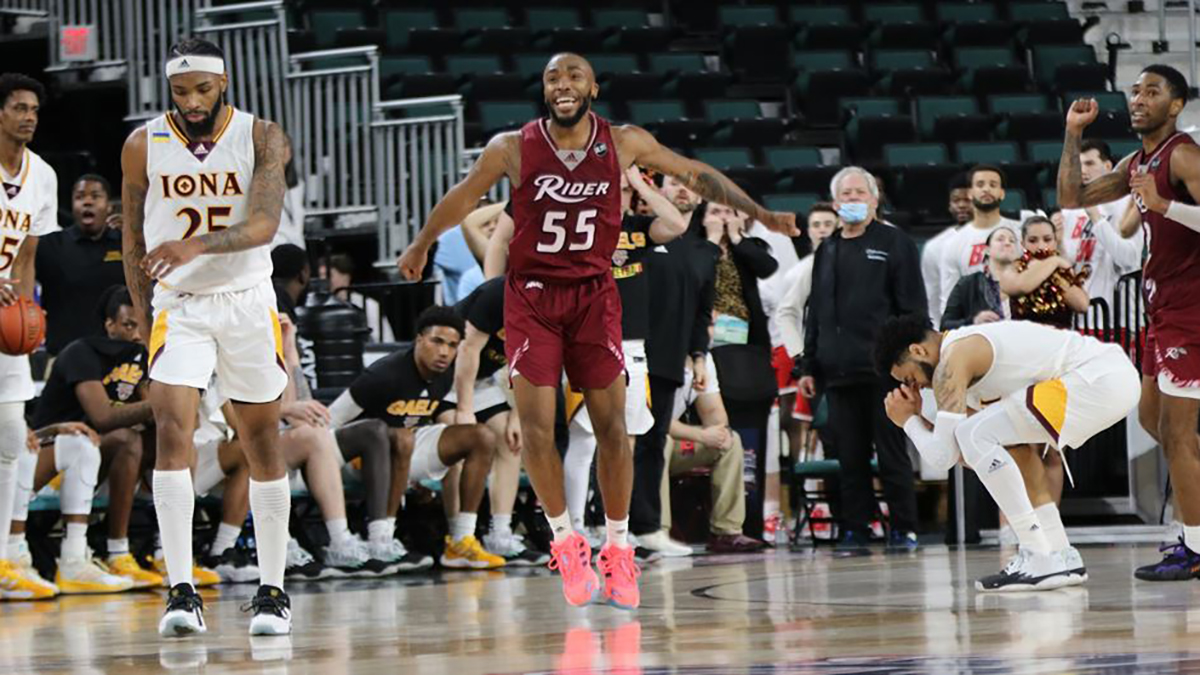 The ninth-seeded Rider University men's basketball team shocked top-seeded Iona, 71-70, Wednesday night in the MAAC Championship Quarterfinals. Dwight Murray scored 19 of his game-high 21 points in the second half, including the game-winner with 7.5 seconds remaining.

With the win, the Broncs (14-18) move on to Friday night's semifinals against the winner of Thursday night's quarterfinal between fourth-seeded Monmouth and fifth-seeded Niagara. Iona (25-7) now awaits either an at-large bid to the NCAA's or the automatic qualification for the NIT.

Iona maintained the lead into the second half until Murray hit a three and Mervin James followed with a three-point play to give the Broncs a 41-39 advantage at the 14:07 mark.

The Broncs' lead swelled to four on a fast-break bucket from Nehemiah Benson at the 13:14 mark. After a back-and-forth next 10 minutes, Iona built a five-point lead, 70-65, on an Elijah Joiner three-pointer with 2:58 left. Powell stopped the bleeding with a three with 2:03 remaining and James made one-of-two free throws with 1:11 left to cut the deficit to one.

The Broncs got the offensive rebound on James' missed second free throw with 1:11, but turned it over on a shot clock violation. On the other end, the Broncs forced a miss, but it was the Gaels grabbing the offensive board this time. Iona's Walter Clayton Jr. was fouled, putting him on the line, where he missed the front end of a one-and-one.

Opting not to call timeout and play it out, Murray picked up his dribble and looked to be stuck. But he pivoted toward the basket, elevated and his off-balanced one-hander splashed the net with 7.5 seconds left.

Following a timeout, Iona's Elijah Joiner got the ball across midcourt and looked for MAAC Player of the Year Tyson Jolly at the left wing. But the two weren't on the same page, with Murray blanketing Jolly defensively and Joiner's pass went out of bounds in front of the Gaels' bench with less than a second remaining. The Broncs inbounded with issue to close out the victory.

"Everybody's been locked in since we got here,” Murray says. “Quarterfinals was something we wanted to do for a long time. But now we've got to finish the whole thing. We've got two more games. It's not over with.”