With the outbreak of COVID-19, members of the Rider community have pitched in to help support their local communities. 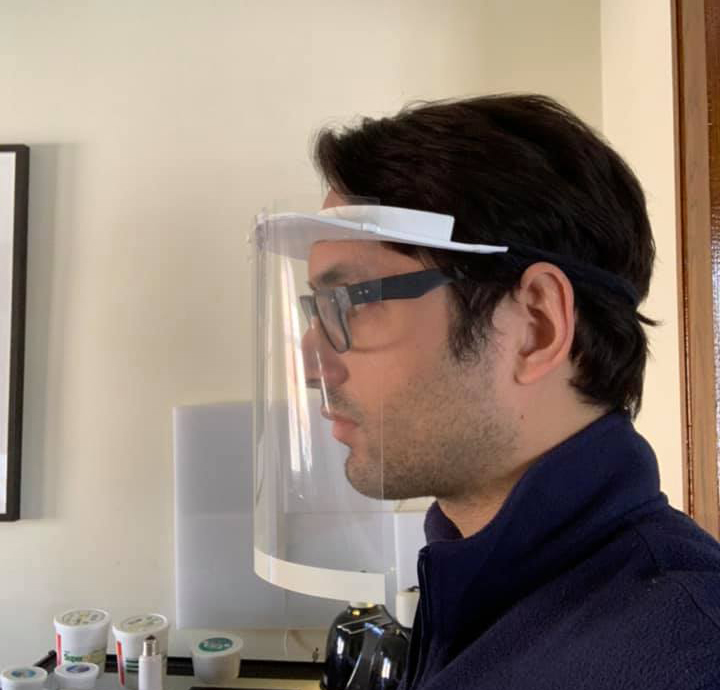 Bochanski, chair of Department of Computer Science and Physics, began printing ventilator splitters, which allow two patients to be connected to the same ventilator in case of a shortage. Ezzo began printing and assembling face shields for local members of the medical community. Neither an expert in 3D printing, Bochanski, a Rider physics professor, and Ezzo, the choral director for South Orange Middle School, say they were just trying to do their part to give back during the worldwide public health emergency.

"There's hundreds of people all over the country who are pitching in to do what they can to help the medical community," says Bochanski. "I'm just one step on the ladder, but I wanted to do what I could to help."

Both Bochanski and Ezzo's 3D printing operations came to fruition through passing conversations during the early days of COVID-19's presence in New Jersey. Bochanski was casually talking with a friend who works at Google who mentioned he found a website that provided access to 3D printer plans for creating ventilator splitters. After exploring the site and speaking with his colleagues at Rider, he brought one of the University's 3D printers home with some supplies and started producing them.

"Dr. Jonathan Yavelow (professor of biology) has established a relationship with Capital Health so when I got this idea, I was able to reach out to their CEO directly," he says. "Their supply chain director said they could use eight of them. These splitters would only be used in a worst-case scenario if they had a shortage, but as we're seeing in New York, it may be a possibility."

Ezzo purchased a 3D printer in January on a whim. He intended to use it as a hobby, but after his parents shared an article with him that a local 3D printing business, Budmen Industries, converted to exclusively printing personal protective equipment, he wanted to participate. Using the company's open-source design for face shields, Ezzo made five on his first day. To date, he has created nearly 400 face shields and counting.

Ezzo has also created a community of makers who have further contributed to the growth of printing homemade personal protective equipment. His Facebook group, SOMA NJ 3D Printers Alliance, has created a network of nearly 60 people devoted to the assembly line of printing and delivering the face shields to local hospitals in north Jersey. Members come from all walks of life, including Broadway performers, real estate CEOs, LEGO employees and even a sixth grader from Ezzo's school. The group has crowdsourced a number of material donations, including appealing to Amazon for certain items and a second 3D printer for Ezzo. His printers have been running 24/7 since March 22. He hopes to expand drop-offs to central and south Jersey as well.

"I'm used to organizing groups of people as a choral director," says Ezzo. "To not have that day in and day out has left me feeling a little helpless. There's not much a layperson can do for this virus except sit home, but creating these face shields looked like an easy way for me to play my part and help alleviate some of the difficulties the medical community is facing."

Ezzo and his team have delivered about 150 face shields to local health care facilities and recently got an order from the local fire and EMS departments, which will require an additional 250 units. He plans to continue printing as many as he can and continue to crowdsource materials.

"The end goal is when this pandemic is over," Ezzo says.

Bochanski similarly continues to print ventilator splitters in excess of Capital Health's needs and hopes to make future deliveries to other local hospitals.

"This project is really just an example of how we can use the resources we have at Rider to give back to our communities," he says. 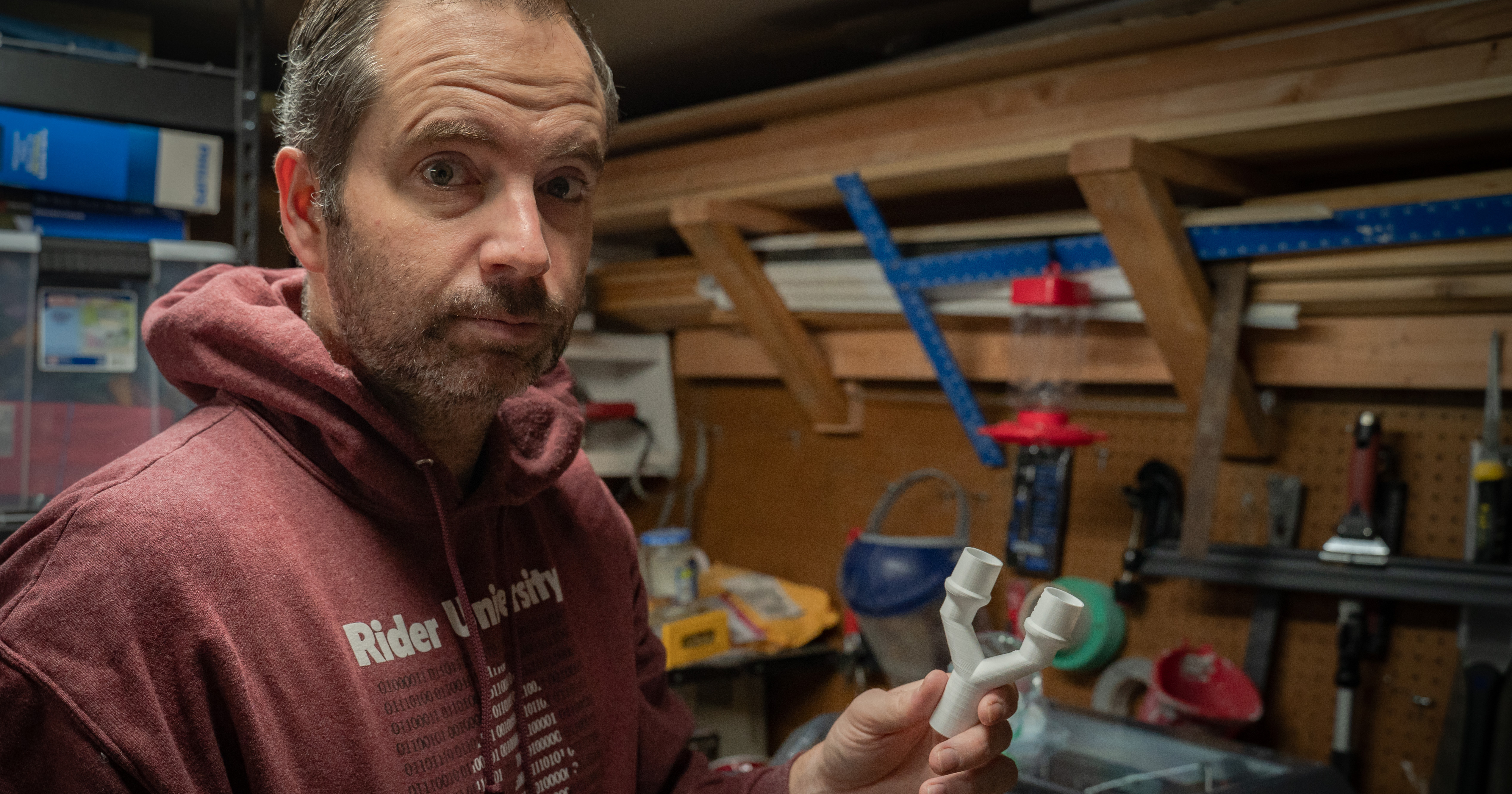