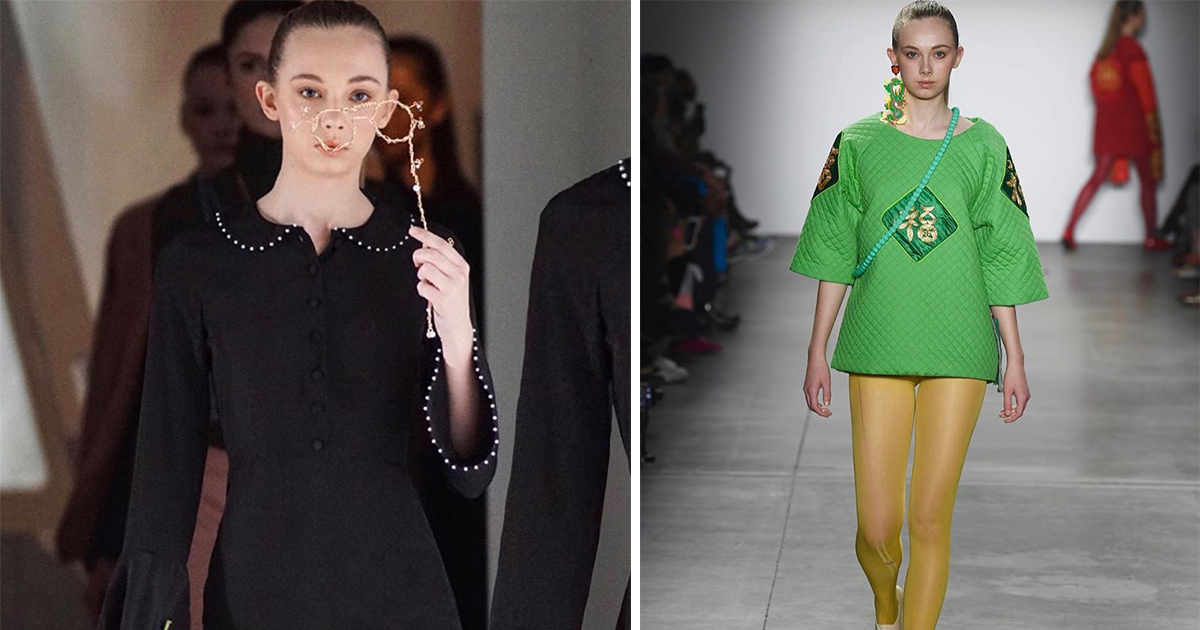 Gillian Dittmer loves a specific moment before every runway show. It's the moment before walking out into the blinding lights and incessant camera clicks that accompany the fashion industry's biggest event of the year: New York Fashion Week.

"There's just something about waiting backstage and hearing the music — there's a rush that comes with it," she says.

This February, the junior musical theatre major made her third appearance modeling at Fashion Week. She walked in the Council of Aspiring American Fashion Designers' Emerging Designer Showcase, a show dedicated to three up-and-coming fashion designers. In that show, Dittmer modeled for Pakistan-based designer Sania Maskatiya. During her previous two appearances, she walked for Global Fashion Collective, a collection of emerging international designers. Last year, she had the privilege of opening the show for Australian fashion house Ozlana.

"Typically, the first look of a show is one of the designer's favorite so I was very honored," she says.

Dittmer didn't plan to become a model. She originally signed with Alexa Model & Talent Agency in her hometown of Tampa, Fla., for acting gigs, but was encouraged to try modeling because of her frame. Since then she's booked print ads, commercials, editorial shoots and runway shows.

"My agent taught me to walk in my black heels from Target, which have made appearances at Fashion Week," she says. "I was used to auditioning so learning to model was a lot of watching and practicing."

While Dittmer enjoys her modeling career, she still wanted to pursue a degree in musical theatre. On the same day in 2018, she received a sign that she could continue both.

"I was accepted into Rider's musical theatre program and I signed with Nova Management in New York," she says. "I took it as a sign from God that school and work would be so close to one another."

She booked her first job with Nova the first week of classes.

"My professors have been so supportive of being in the arts in any capacity," she says. "Rider was the best program I auditioned for because they've had so much alumni success and there's a strong balance between acting, singing and dancing."

Dittmer has always enjoyed performing. She grew up studying ballet and after seeing her first Broadway show, Mary Poppins, her passion for musical theatre blossomed. Coming from a musical family — her mother was a piano teacher and her father and each of her siblings play multiple instruments — her interest was encouraged. At Rider, she performed in the musical The Will Rogers Follies and will pursue either theater or modeling this summer before she begins her senior year.

"Musical theatre is moving in a special way," she says. "As a performer, you get to share stories that can connect with so many people on a deep level."