Danny Feldman's 'Hide & Seek' will be featured at Feinstein’s/54 Below in New York City on Feb. 21 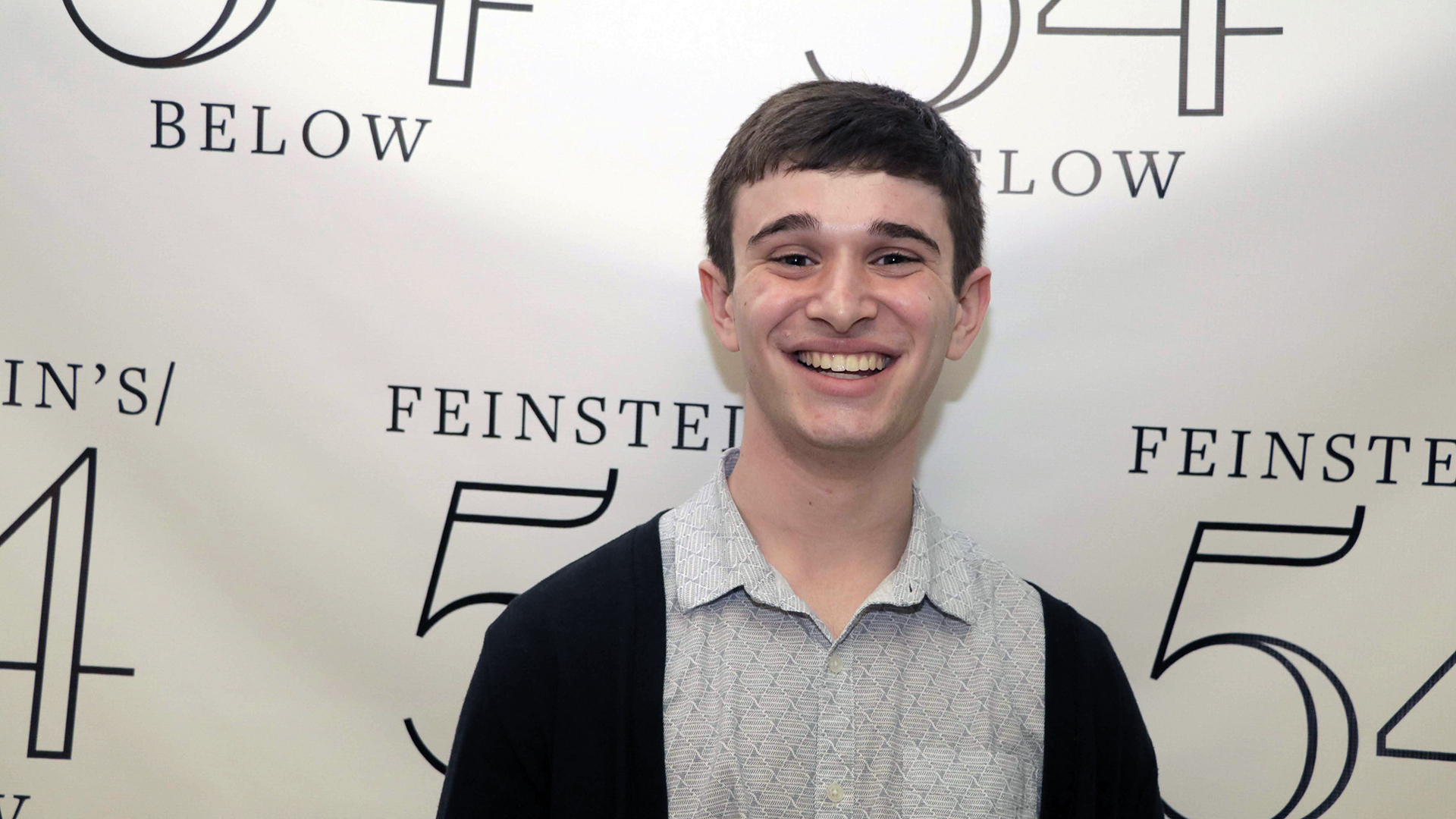 Danny Feldman, a first-year musical theatre student at Rider, has always seen himself as a performer first, but now he is taking on a new role as a writer. At 16, Feldman wrote seven songs that have now become a full musical, Hide & Seek, which is being performed at Feinstein’s/54 Below in New York City on Feb. 21 and at Rider on March 28.

Hide & Seek is a musical about a high school student named Andrew realizing he is gay and dealing with relationships with his friends, former girlfriend, new boyfriend and family while navigating coming out.

“I’m very intent on getting new stories out into the world, stories that aren’t being told,” Feldman says. “I think the story of a modern-day high schooler coming out sounds like something there are 18 shows about, but there’s not one. I think it’s a common story and right now we’re in a world where coming out is supposed to be accepted and it definitely is more than in the ’70s and ’80s and that’s what the shows [that have already been written] are about...and that’s not an accurate representation of how it is now.”

“I had written seven songs for a very general idea of a musical, just kind of for fun, and someone from Feinstein’s/54 Below in the city had heard some of the music and reached out to me about possibly writing a full musical, which was not something I was really ever thinking about doing,” Feldman says. “I’ve been seeing shows there since I was 11, so I said, ‘Of course, I’d love to.’”

Originally, Hide & Seek began as a completely different story. With the addition of a minor character who was a gay man, Feldman began to see himself in the character and became more interested in exploring the idea of coming out in high school — something he was dealing with himself at the time. He says, “I put a lot of personal experience into it, but it’s not 100% autobiographical.”

The first-ever performance of Hide & Seek was in August of 2017 at French Woods Festival for Performing Arts and featured Sophie Smith-Brody, now a junior at Rider. In August 2018, the show was performed for the first time with a script and featured another Rider student, sophomore Maya Ifrah. The first professional performance was at Feinstein’s/54 Below on Nov. 16, 2018.

For Feldman, the most fulfilling part of writing is talking with audience members after shows and knowing that they feel represented on stage through his story. “I find that people will always come up to me, sometimes one or sometimes 10, and say, ‘Thank you for putting me up on that stage.’”

Though he is already accomplished in the theatre, Feldman is also focused on enjoying his college experience as a first-year student at Rider. “It’s definitely a 24-hour job,” he says. In high school, Feldman knew he wanted to do a musical theatre major, and out of all the schools he toured, he chose Rider for the “balance between singing, acting and dancing,” that Rider’s program offers.

Feldman has two upcoming performances of Hide & Seek: a 75-minute cut of select songs and scenes on Feb. 21 at Feinstein’s/54 Below in New York City and a full performance on March 28 at Rider. In the show at Feinstein’s, the audience will get to see Feldman on stage performing; for the Rider performance, he is taking the offstage role of music supervisor.

"The Rider faculty is so proud to showcase Danny's show this spring," says Associate Professor Mariann Cook. "He is a gifted composer and this work resonates with so many young people."