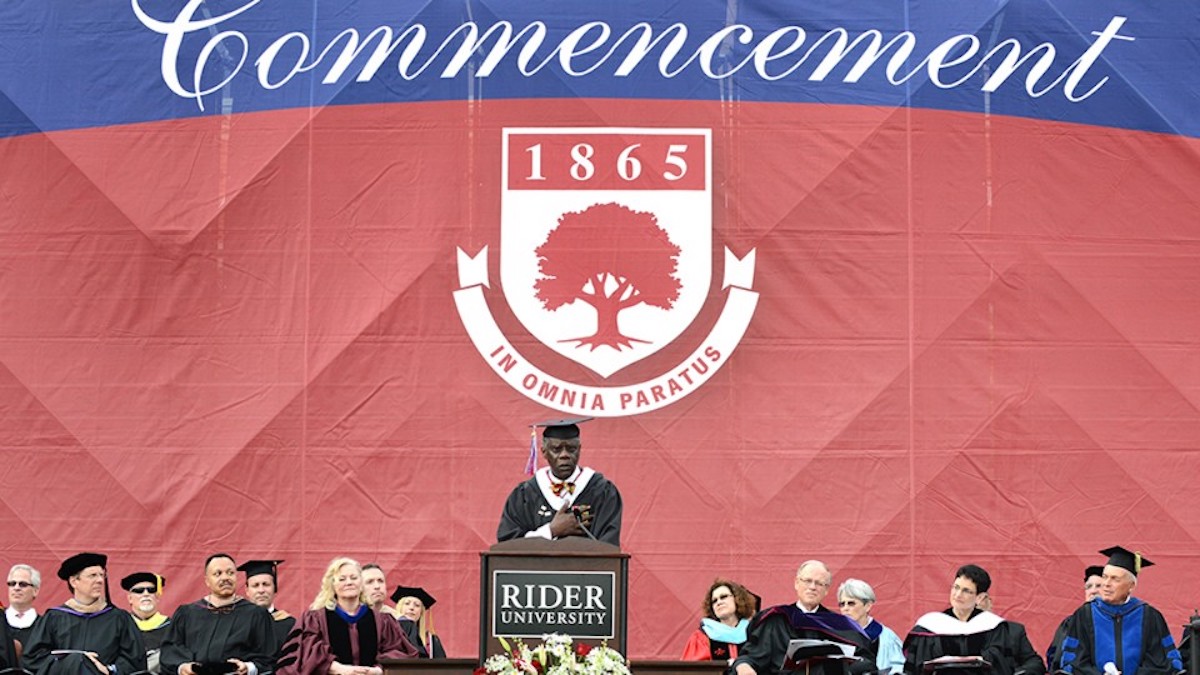 Eugene Marsh ’13, ’18, a student in Rider University’s Educational Leadership doctoral program who already holds two degrees from the University, has been appointed to the Department of Veterans Affairs Central Institutional Review Board (IRB).

The purpose of the VA-Central IRB is to provide opportunities for military veterans to participate in research studies, and to ensure that the subjects of the research studies are afforded adequate protections.

“We’re here to make sure that no research is done unethically on individuals,” Marsh says. “The whole concept is to make certain that no harm is done to any vulnerable population of veterans or senior citizens or children.”

A decorated Vietnam veteran, Marsh was homeless for three years following his return from the war. He went on to become a successful owner of a construction management company before setting his sights on receiving a college education. He was in his 60s when he earned his bachelor’s in liberal studies from Rider, and four years later he earned a master’s in clinical mental health counseling.

In recent years, Marsh has devoted much of his time and energy to protecting the rights of veterans and working to advance access to healthcare in underrepresented communities. He says his appointment to the VA-Central IRB is particularly meaningful to him because it allows him the opportunity to work toward both objectives.

He cites the Tuskegee Syphilis Study as a prime example of the type of research the board is working to prevent. This was an infamous study that took place over a 40-year period from the 1930s to the 1970s, in which scientists analyzed the effects of syphilis on hundreds of black men, and allowed the disease to go untreated in the process.

“Today, men of color are less likely to volunteer for research because of this stigma,” Marsh says. His goal is to help bridge the divide between the Veterans Administration and those who can benefit from studies by creating greater transparency between researchers and participants, and by helping the VA have a better understanding of the cultural differences that could impact their communication with minority groups.

His appointment is just the latest example of Marsh’s commitment to advocate for the rights of veterans. Since 2017 he has been one of 12 members of the Veterans’ Community Advisory Board (VCAB) in Philadelphia, and the only Vietnam veteran among the group. The board meets with researchers who are proposing to conduct studies where veterans are subjects, and they have the authority to approve, reject, or request modifications in the proposals.

In the last year, Marsh has also embarked on a new journey by enrolling in Rider’s Doctorate in Educational Leadership (Ed.D.) program, and he hopes that he will be able to use his doctorate to increase his influence and further effect change in health-related areas that affect veterans, including suicide prevention, PTSD, opioid addiction and cancer.

“My focus is on the organization of the VA Medical Center,” he says. “I am deeply passionate about healthcare, and the educational leadership program provides me the opportunity to look within the VA and determine what issues I would like to facilitate change. I can be a person who can bring solutions to the issues that I believe are very important for the VA to resolve.”

He adds that his Rider experience is playing a crucial role in helping him realize his goals. “Being at Rider is helping me to expand my knowledge," he says. "The support that I’m receiving from the faculty is enormous in terms of their understanding of who I am. They know my background and what my purpose is."