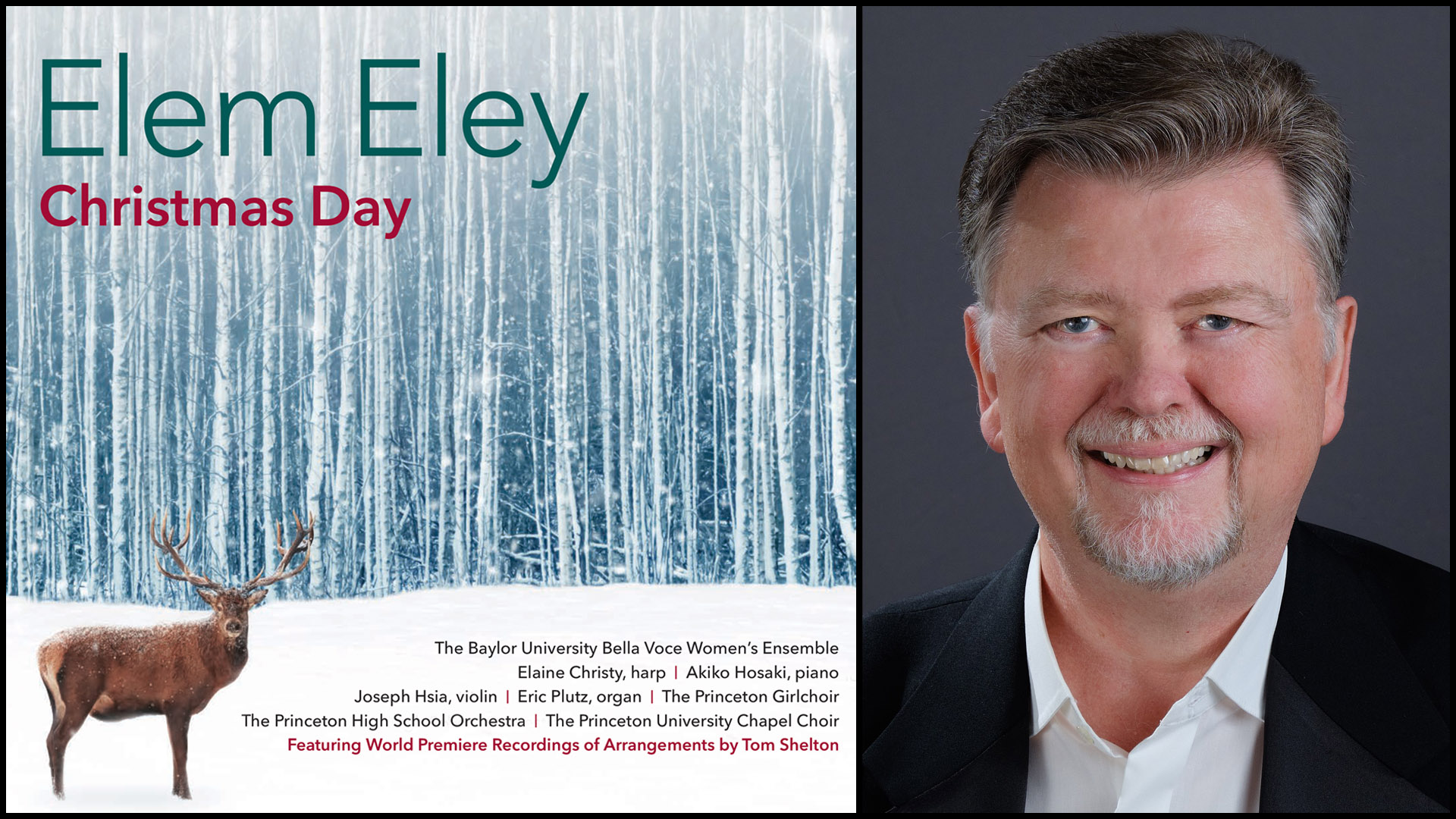 “How well I remember first playing the annual Christmas album, just purchased from the Goodyear tire store in my hometown,” says Professor Elem Eley, recalling his childhood holiday celebrations. “For several years back in the 1960s, my Dad faithfully brought home those ‘Stereophonic LP’ discs that introduced me to so much of the classic holiday repertoire, both sacred and secular.”

Today, nearly five decades later, Eley, and his many fans, can listen to his own Christmas album, aptly titled Christmas Day. Released in October on the Affetto label, it features Eley with Westminster colleagues organist Eric Plutz and pianist Akiko Hosaki. It also includes the world premiere of Tom T. Shelton’s arrangements of two holiday classics: In the Bleak Midwinter and Silent Night.  A portion of Christmas Day was recorded at Eley’s alma mater, Baylor University, with the Baylor University Bella Voce Women’s Ensemble, conducted by Lynne Gackle. Choral collaborators closer to home are the Princeton Girlchoir and the Princeton University Chapel Choir, as well as the Princeton High School Orchestra.

Reflecting on the wide range of music and artists who joined him for the recording, Eley says, “Our program offers a measure of nostalgia, Christmas magic and inspired reflection on the true meaning of the season — worth considering throughout the year.”

Christmas Day is available for purchase and streaming at all major recording outlets, including Amazon, Apple Music and Spotify.

Baritone Elem Eley has served as Professor of Voice at Westminster Choir College since 1987. In addition to his teaching and work as director of the summer program, Vienna: Language of Lieder, Mr. Eley enjoys a remarkably varied career — from opera, oratorio and recital to premières of contemporary vocal music. In addition to Christmas Day, his discography includes 10 CDs, among them the highly-acclaimed solo album (with JJ Penna), Drifts and Shadows: American Song for the New Millennium on the Albany label, a program of contemporary American art song. Eley and Penna have also recorded a program of lieder by Schubert, Schumann, Brahms, Wolf and Frank Martin, titled Der Geist spricht/The Spirit Speaks, released in 2013 by Centaur Records.