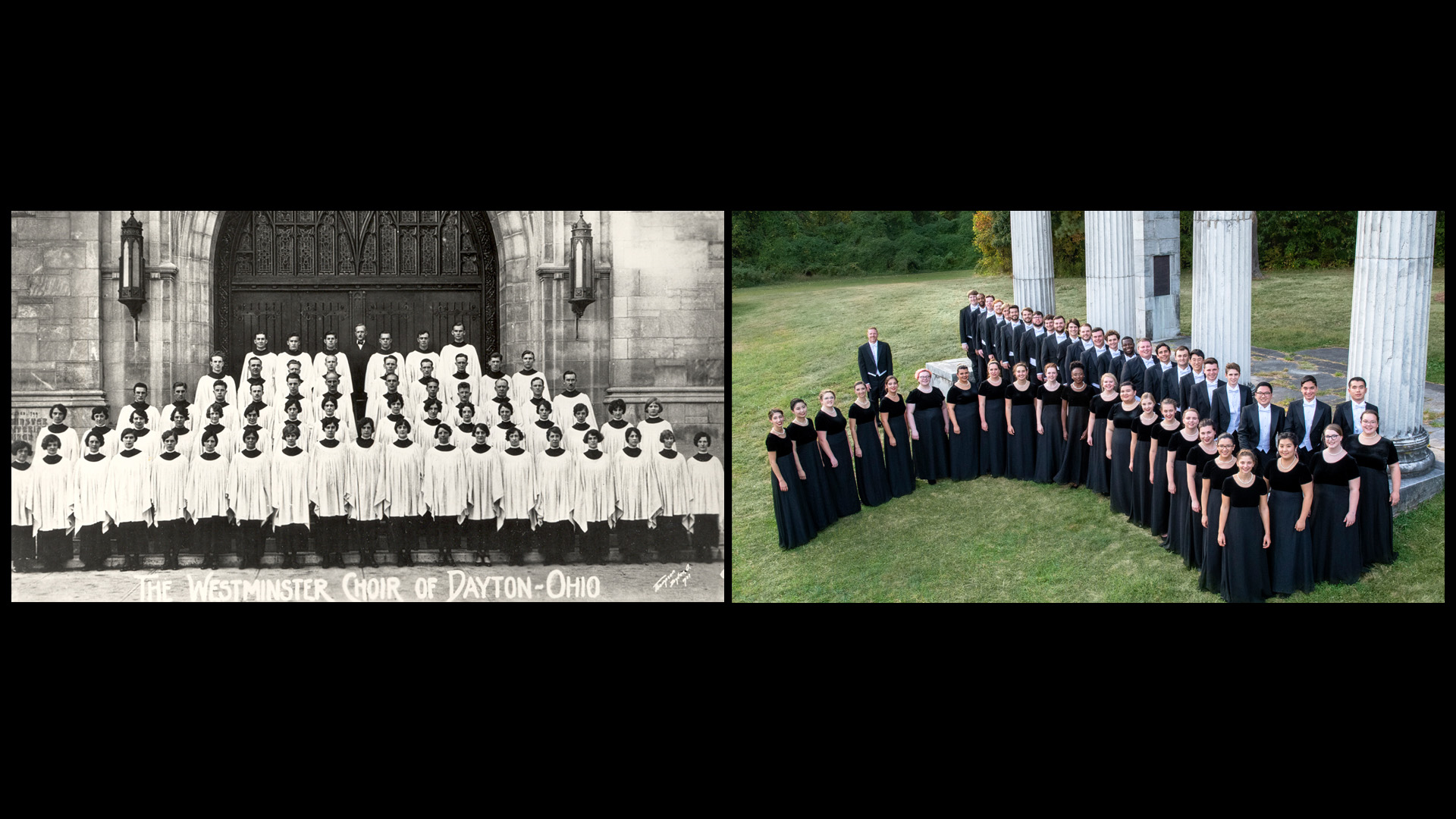 In January it will continue to mark the choir’s centenary with a concert tour in the western United States with performances in Seattle, Boise, Salt Lake City (hosted by Melanie Malinka ’01), greater Los Angeles (hosted by John Romeri ’74) and La Jolla (hosted by Alex Benestelli ’10). While on tour, the ensemble and Dr. Miller will present workshops in nearby high schools and colleges.

The tour program is titled “Appear and Inspire,” and a highlight is Benjamin Britten’s Hymn to Saint Cecilia, reflecting the Westminster Choir's spirit and mission as it has "appeared and inspired" thousands of choral musicians over the past century. The choir will also perform Psalm 96 “Sing to the Lord a New Song,” composed by Westminster Professor Christian Carey to celebrate the ensemble’s 100th anniversary.  Speaking about the new work, Carey said, “It seemed to be an especially appropriate text to celebrate the college's rich tradition of music-making and express hope for its continued vitality.”

Other works on the program are O Magnum Mysterium by Daniel Elder ’12, Jake Runestad’s Let My Love Be Heard, Arnold Schönberg’s Friede auf Erden, J. David Moore’s arrangement of the traditional Appalachian tune Will the Circle Be Unbroken and works by Pawel Lukaszewski, Michael Ostrzyga and Jeffery L. Ames.

“Thinking about the deep impact the Westminster Choir has had on our choral culture as I developed this concert’s program, I’ve imagined the ‘touch’ that 100 years of music have made on so many people’s lives,” says Dr. Miller.  “Our program reflects the dedication and hope of so many musicians and supporters. We stand on the shoulders of all who have gone before us and we are grateful to be able to share this tradition with our audiences.”

Audiences worldwide will be able to listen to the choir perform when its annual Tour Homecoming Concert at Richardson Auditorium in Princeton is broadcast live on Monday, Jan. 27, at 7:30 p.m. EST broadcast live on WWFM, The Classical Network. Details about the concert and broadcast will be available on the web at rider.edu/westminsterchoir.

In April the Choir will travel to Ohio to perform J.S. Bach’s St. Matthew’s Passion at the Baldwin Wallace Conservatory of Music’s Bach Festival 2020 on Saturday, April 25. On Sunday, April 26, the choir will present a 100th Anniversary concert at Westminster Presbyterian Church in Dayton, Ohio, where John Finley Williamson founded the Westminster Choir in 1920.

In May, the Choir will travel to Charleston, S.C., for the Spoleto Festival U.S.A., where it is the ensemble-in-residence. Its performances at the Festival will be announced in January.