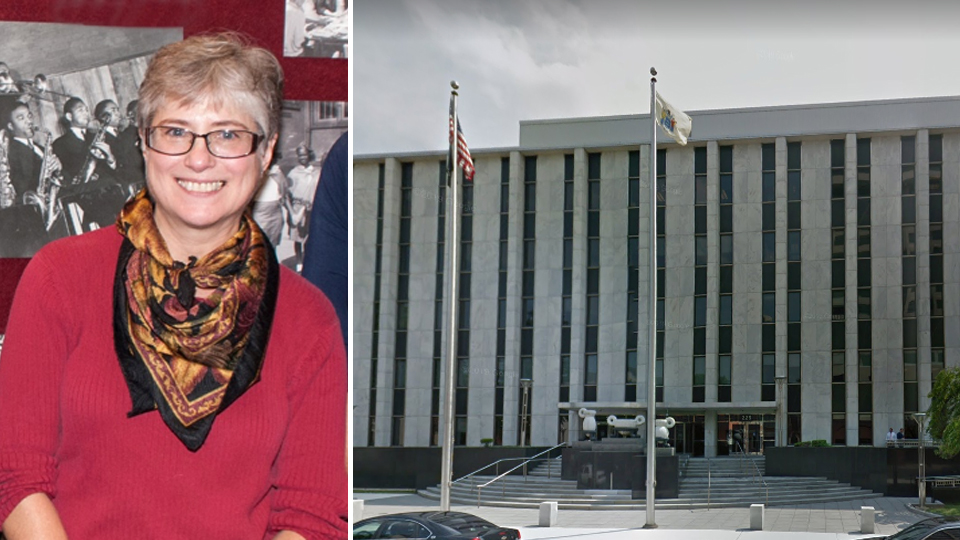 Ellen Callahan '80, whose career at the New Jersey State Archives spanned 28 years until her retirement in 2018, will receive this year’s Roger McDonough Librarianship Award on Oct. 12. The annual award recognizes excellence in service to researchers and the general public interested in New Jersey history.

The State Archives is New Jersey's official research center for public records of enduring historical value. Its records date back to New Jersey's founding in 1664 as a British Colony. Overall, the archives contain 37,000 cubic feet of paper records.

“It’s fascinating stuff and highly underrated,” Callahan says. “It was a wonderful job to have.”

Among her accomplishments were the creation of detailed guides to Revolutionary War records and playing a critical role in assisting State Archivist Joseph Klett in planning and executing the move of the archives to its present location on West State Street in Trenton.

As part of her job as collection manager (a position she held for the last 17 years of her career), Callahan supervised the intake of new records. Sometimes, as many as 1,000 cubic feet of paper would arrive at one time. “It takes a long time to tunnel into it all,” she says.

The archives contain information vital to genealogists, historians, students and others. Materials include centuries' worth of birth, marriage, and death records; censuses; tax lists; land and probate records; and military service and pension documents. Crucially, court cases, county filings and much more related to government activity are stored and organized in the archives.

“I always felt that these records help make government transparent and keep them accountable,” Callahan says. “It’s important that officials know that information will be made available to the public.”

Such materials can also shine a light on marginalized people who may not have had access to power in their lifetimes.

“If you were a woman or poor or a hardscrabble farmer, you’re not necessarily going to show up in many places [in the historical record], but you might show up in court records,” Callahan says. “A lot of the old cases had to do with land. If you go back and look at those records and there’s a woman involved, that might be all you are going to find out about her. To be able to dive back into those records, you can find out all sorts of things about people.”

Callahan majored in history at Rider and later added a master’s in library science from Rutgers University. “I had always been drawn to history — it’s in my nature,” she says. “Even in high school, history made sense to me, and I always liked doing it. I learn from the ground up and need to have a foundation. As a student, the fundamentals of everything I needed was in the archives.”

After graduating, Callahan worked at Princeton University for about seven years, helping the development office research potential grants. Looking for new opportunities, she took advantage of a workshop at Rider’s Office of Career Development and Success that helped point her in the direction of library science. She soon began working in the State Archives.

Callahan, whose husband, Dr. Thomas Callahan, is a Rider professor emeritus of history, will receive the award on Archives and History Day at the Monmouth County Library headquarters. The award is named for Roger H. McDonough, New Jersey State Librarian from 1947 to 1975. Since 2002, it has been given to a librarian, archivist or manuscript curator for excellence in service to the New Jersey history research community and/or the general public.