Following an internship, Rachelle Runyon will continue as part of a mobile application team for New American Funding 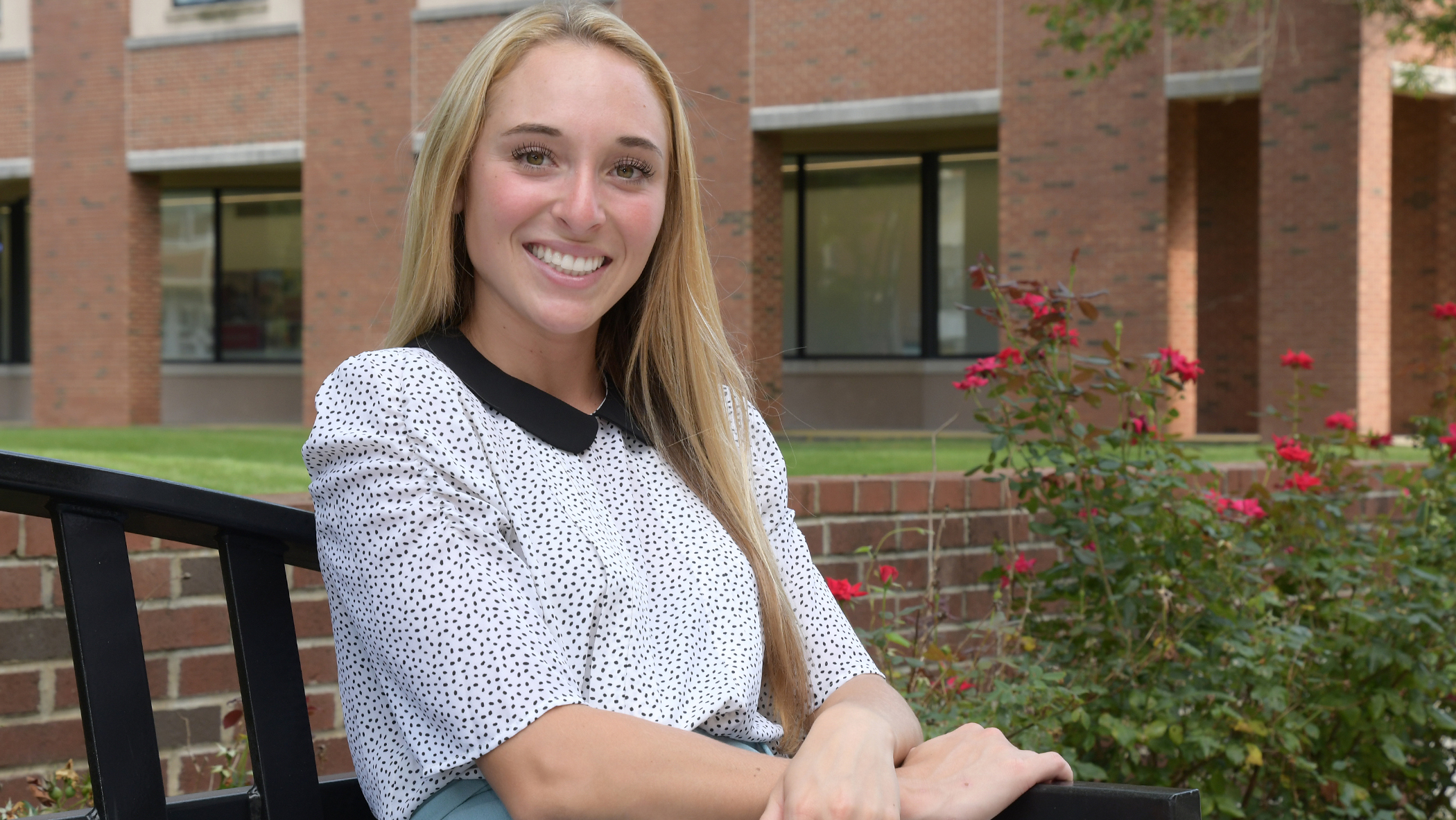 Rachelle Runyon already has what every college senior wants.

Weeks ahead of the start of her final year at Rider University, she has secured a full-time job offer, with a company she knows and loves.

Mortgage lender New American Funding has offered Runyon, Class of 2020, a position with its Zigzy mobile team. She will work part-time during the fall and spring semesters and begin full-time following graduation. The offer came after the completion of a full-time internship this summer.

During her internship, Runyon conducted quality assurance tests and collaborated daily with developers, project managers and others to develop a new mobile and web application, building on the skills and knowledge she learned in Rider’s computer science program.

“They’re an amazing company, and I had a great experience,” Runyon says.

Originally from Orange County, Calif., Runyon was recruited to play volleyball at Rider. She was captain of her high school team, leading them to the league championship three years in a row. “I knew I wanted to go somewhere out of state, to help me grow up and mature,” she says. “I didn’t know that would mean New Jersey! But I went on an official visit to Rider and loved the girls and the family atmosphere.”

Runyon discovered an aptitude for mathematics as a high school student and made that her focus when she came to Lawrenceville as a first-year student. “I knew math was my subject, but I didn’t know what exactly to do with it,” she says.

Considering teaching as a potential career path, she sat in on a mathematics class at Princeton High School. “It just wasn’t for me,” she says.

Nearing the end of her sophomore year, Runyon decided to minor in mathematics and pursue a computer science major. She had taken physics classes with Dr. John Bochanski, who chairs Rider’s Department of Computer Science and Physics, and she consulted closely with him on the decision, eventually completing a supervised study with him to help prepare her for the program.

The transition was challenging, but Runyon worked hard to keep on track. She often took extra classes each semester and challenged herself outside of the classroom to sharpen her skills.

Runyon has been captain of the volleyball team since her sophomore year. Last season, she earned All-MAAC honors for the first time and led the MAAC with 574 digs. She also recorded the third-most digs in single-season program history. It’s not unusual for student-athletes to dedicate the equivalent of a full-time job to their sport, in addition to being a full-time student, and at times Runyon misses classes when she’s traveling to compete.

The support of her professors has been invaluable in helping her maintain a strong academic record. In addition to Bochanski, Runyon says she's thankful for the mentorship of Dr. Md Liakat Ali, an assistant professor of computer science. “I have all my classes with him and I'm always in his office,” she says.

Faculty are only one part of a large support network she has developed at Rider, where she’s also a tour guide and the public relations director of the University’s chapter of the Association for Computing Machinery. About her teammates, Runyon says, “These are my best friends here. It’s going to be so hard when the season is over, but when I graduate I’ll have friends all over the country.”

Even though she has achieved her goal of obtaining a job — well ahead of many of her peers — she still believes her success on the volleyball team is her greatest accomplishment at Rider. “It’s made such an impact on my life in preparing me for the real world,” she says.