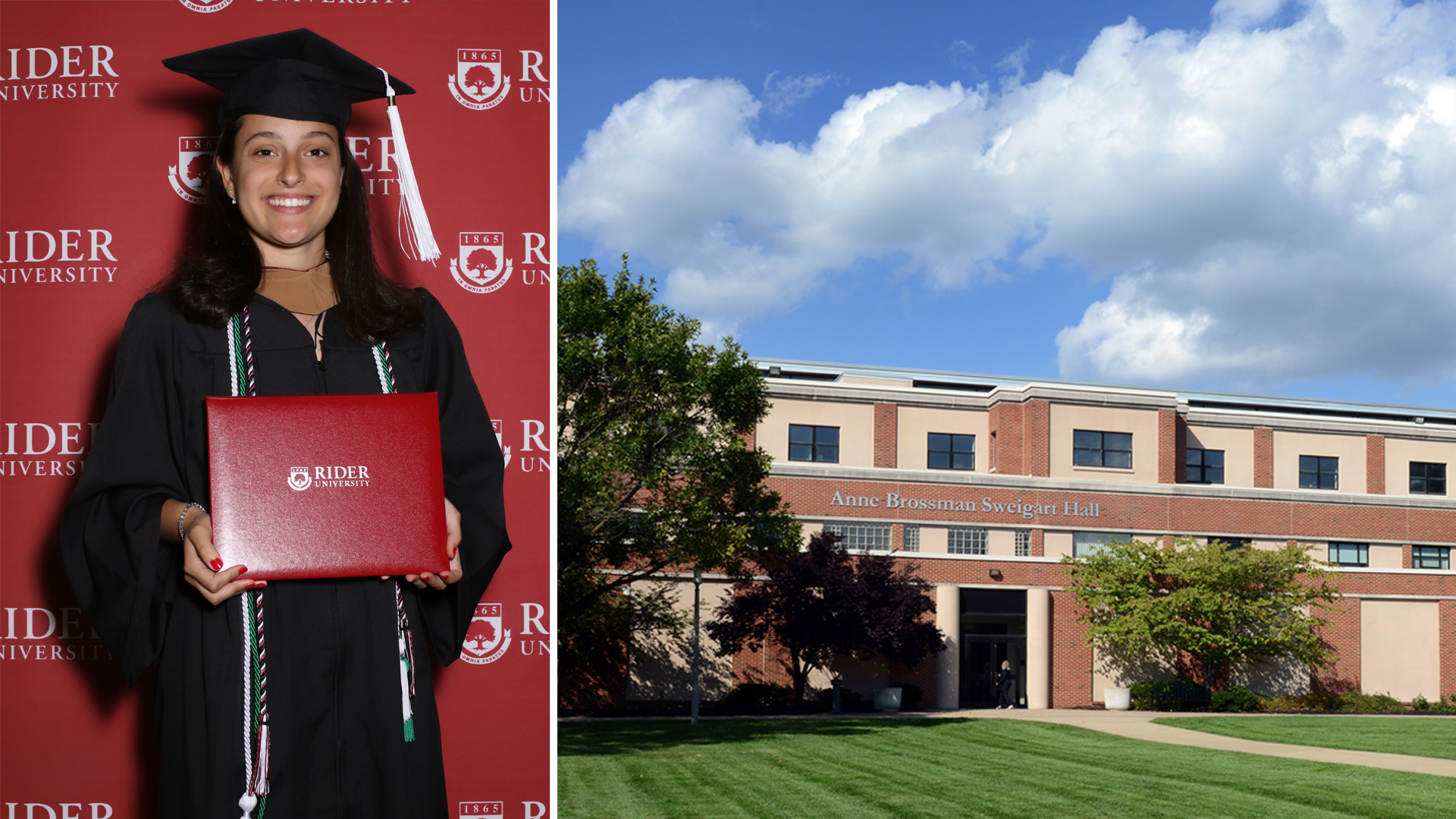 Adriana Tirado ’19, who received a bachelor’s in accounting from Rider University in May and will begin in the University’s graduate accounting program in the fall, has been selected to receive a $10,000 scholarship from the Public Company Accounting Oversight Board (PCAOB).

Tirado is one of 207 students from U.S. colleges and universities named a PCAOB Scholar for the 2019-20 academic year.

"Adriana is richly deserving of this award and we're so proud that she will see an immediate benefit as a result of her hard work and talent," says Dr. Marge O'Reilly-Allen, chair of Rider's Department of Accounting.

Tirado graduated from Rider in only three years — one of the hardest things she's ever accomplished in her life, she says. As an undergraduate, she completed two internships, at Wilkin & Guttenplan in East Brunswick, N.J. and Mercadien in Lawrenceville, N.J. She was a member of the accounting society and a devoted member of Rider's ultimate frisbee club, where some of her teammates became her best friends. She's currently in the middle of a third internship, with KPMG, which will conclude before she begins the master's program in the fall.

"What I learned in the classroom gave me a great foundation and all of my internship experiences helped me grow my knowledge and apply it to a work environment," Tirado says. “I’ve learned more than I ever could have imagined interning with KPMG. I’m so fortunate to have the opportunity to work at this company."

Tirado was well-exposed to accounting even before enrolling at Rider. Her mother is an accountant, and in high school, she studied the subject for three years. “Accounting has always made sense to me,” she says.

She applied to Rider based on the recommendation of a high school teacher, and she ultimately chose the University based on the reputation of its accounting program, the connections Tirado felt she could make and the small class sizes where she could receive personal attention.

Her expectations were borne out through her undergraduate experience. "My professors were absolutely incredible,” Tirado says. “They gave me guidance and direction and really helped out and cared. I practically lived in Dr. O'Reilly-Allen’s office. She guided me on the exact path I needed to go on.”

Rider's undergraduate and graduate programs in accounting are regularly recognized in national rankings for their excellence in preparing graduates for success in the field, including with the Big 4 accounting firms as well as large regional firms and major corporations. The accounting programs are housed under Rider's College of Business Administration, which holds dual AACSB accreditation in both accounting and businesses. Only 2 percent of schools worldwide hold dual accreditation.

PCAOB Scholars are nominated by their educational institutions, which are encouraged to consider students from populations that historically have been underrepresented in the accounting profession.

Since 2011, Rider has offered the Aspiring Accounting Professional Program, which combines tutoring and practical experience through an informal professional mentorship specifically to help underrepresented groups in the accounting field. The program was created by Dr. Evelyn McDowell, a Rider associate professor of accounting, and Allen Boston, an Executive Advisory Committee member and retired Ernst & Young partner.

Tirado says she benefited from the program, as well as McDowell’s mentorship, and the two continue to stay in touch post-graduation. “She’s a fantastic person and a fantastic teacher,” Tirado says of McDowell.

To become PCAOB Scholars, students have to rank in the top third of their class and have an overall GPA of 3.3 or higher.

"The PCAOB Scholars program aims to benefit outstanding students who are likely to become accountants and auditors," says PCAOB Chairman William D. Duhnke. "We congratulate this group of students and look forward to engaging with them as they continue to pursue a career in the profession."

In the fall, Tirado will begin working toward her Master of Accountancy full-time. Her goal is to take, and pass, the exam to become a certified public accountant before graduating. Ultimately, she wants to receive a full-time job offer from one of the Big 4 accounting firms.

“The profession itself is highly regarded and there’s so much you can do with it,” Tirado says. “I like that the workday isn’t the same every single day and that the work contributes to the greater good. It’s a definite way of feeling good about myself.”