After John Gulliver graduates, he will begin as a Ph.D. candidate at Purdue University 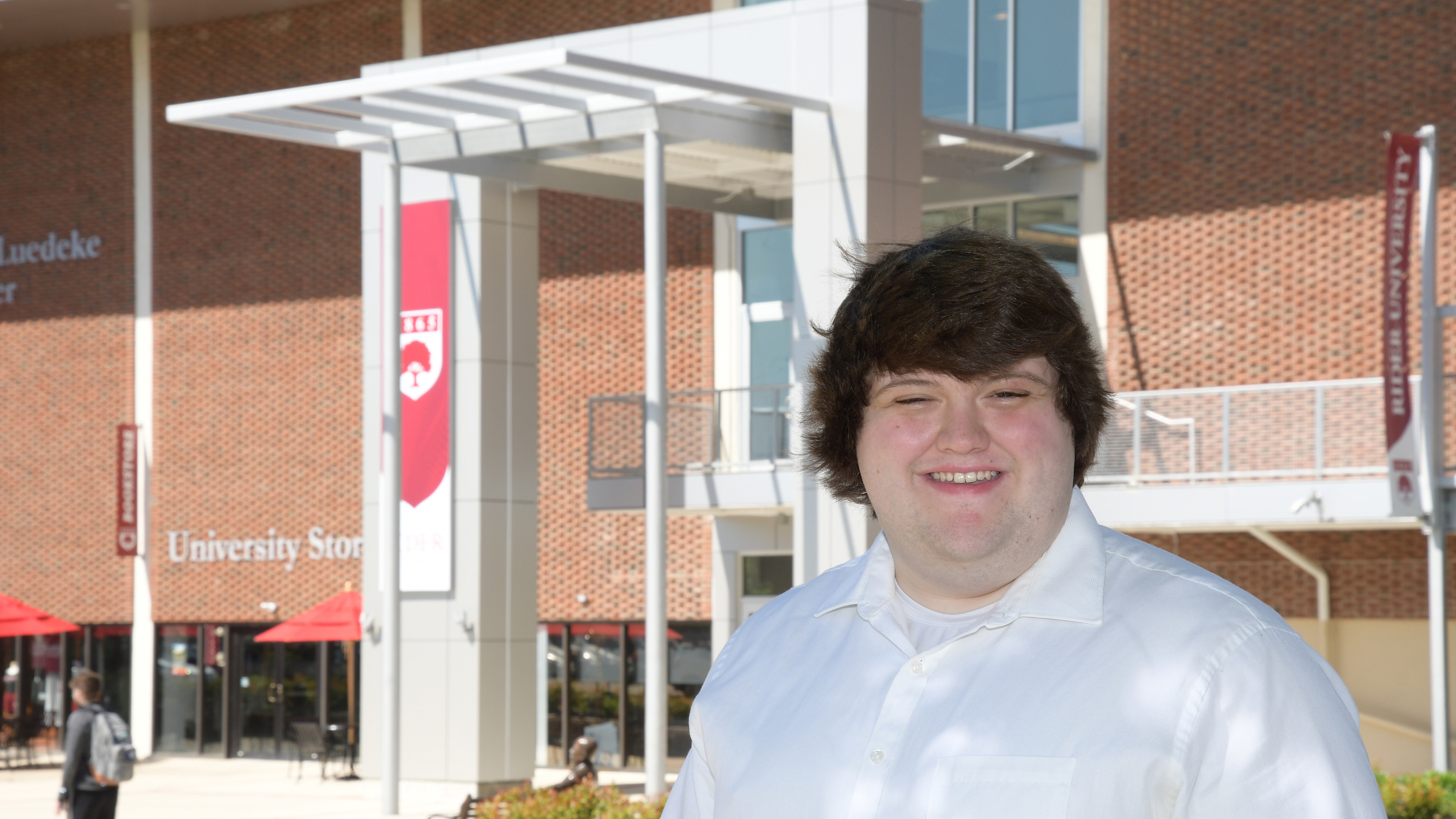 In a typical week, John Gulliver spends about 12 hours in Rider University’s chemistry labs. Over the summer, that would usually increase to 60 hours a week. After his junior year, while conducting research at the University of Arkansas as part of a National Science Foundation-funded program, he spent as many as 70 hours a week in the lab.

Putting in the hours paid off.

Gulliver is set to graduate from Rider on May 18 with a Bachelor of Science in Chemistry, with an acceptance letter in hand to the doctoral program at Purdue University, which has agreed to provide financial support as he pursues his studies in synthetic organic chemistry.

Gulliver says the key to his success, and a successful experience in a science lab in general, is persistence. “For a single project I probably completed over 150 reactions where none of them worked,” he recalls. “But despite having less than a 1 percent success rate, I still wanted to go at it.”

That kind of experience is not uncommon in scientific research. “Even when in theory a reaction should work, you’re venturing into unknown grounds,” Gulliver says. “It’s expected that you’re not going to get it right on the first try or even the 150th try.”

He’s now looking forward to spending the next five or six years persistently seeking success in a program tied at No. 24 with Johns Hopkins University among all U.S. graduate chemistry programs, according to U.S. News & World Report.

“Above all, I’m excited to gain new knowledge through the program but I’m also looking forward to the ability to do more research,” Gulliver says. “I like the independent thought process that accompanies the work.”

Those kinds of critical-thinking skills were aided, Gulliver says, by philosophy courses he pursued in Rider's College of Liberal Arts and Sciences in tandem with his science classes. “It has been useful for me to learn to think critically and read arguments closely and analyze them, and I think those skills will also help me when it comes time to defend my thesis,” he says.

During his college search, Gulliver found Rider fit his criteria — small and local, with a solid science program. Originally from Levittown, Pa., he had become interested in chemistry as a junior in high school, but he traces an affinity for the field going all the way to playing with Legos as a child. “Putting all these pieces together, with their different options for connectivity — it’s the same way with atoms,” he says. “I like the puzzle and challenge of it and how there are so many options you can use to arrive at the same conclusion.”

Gulliver says it was Rider that introduced him to “real chemistry research,” and he benefited from instruction and close collaboration with members of Rider’s chemistry faculty, such as Assistant Professor Jamie Ludwig and Associate Professor Danielle Jacobs.

Although Gulliver envisions a career in research and not teaching, part of his responsibilities at Purdue will be serving as a teaching assistant. He performed that role in the Rider chemistry labs over the past two years in addition to also serving as a chemistry and math tutor. He was involved with other educational outreach as a Rider student, as well. He conducted presentations for middle schoolers and other youngsters as president of Rider’s chapter of Gamma Sigma Epsilon, the chemistry honor society, and of the student chapter of the American Chemical Society.

“A lot of people think chemistry is scary — and it can be intimidating,” Gulliver says, “but it’s very rewarding and fulfilling in terms of the understanding and knowledge you gain from studying it.”