Once told to forget about college, graduating student finds footing at Rider 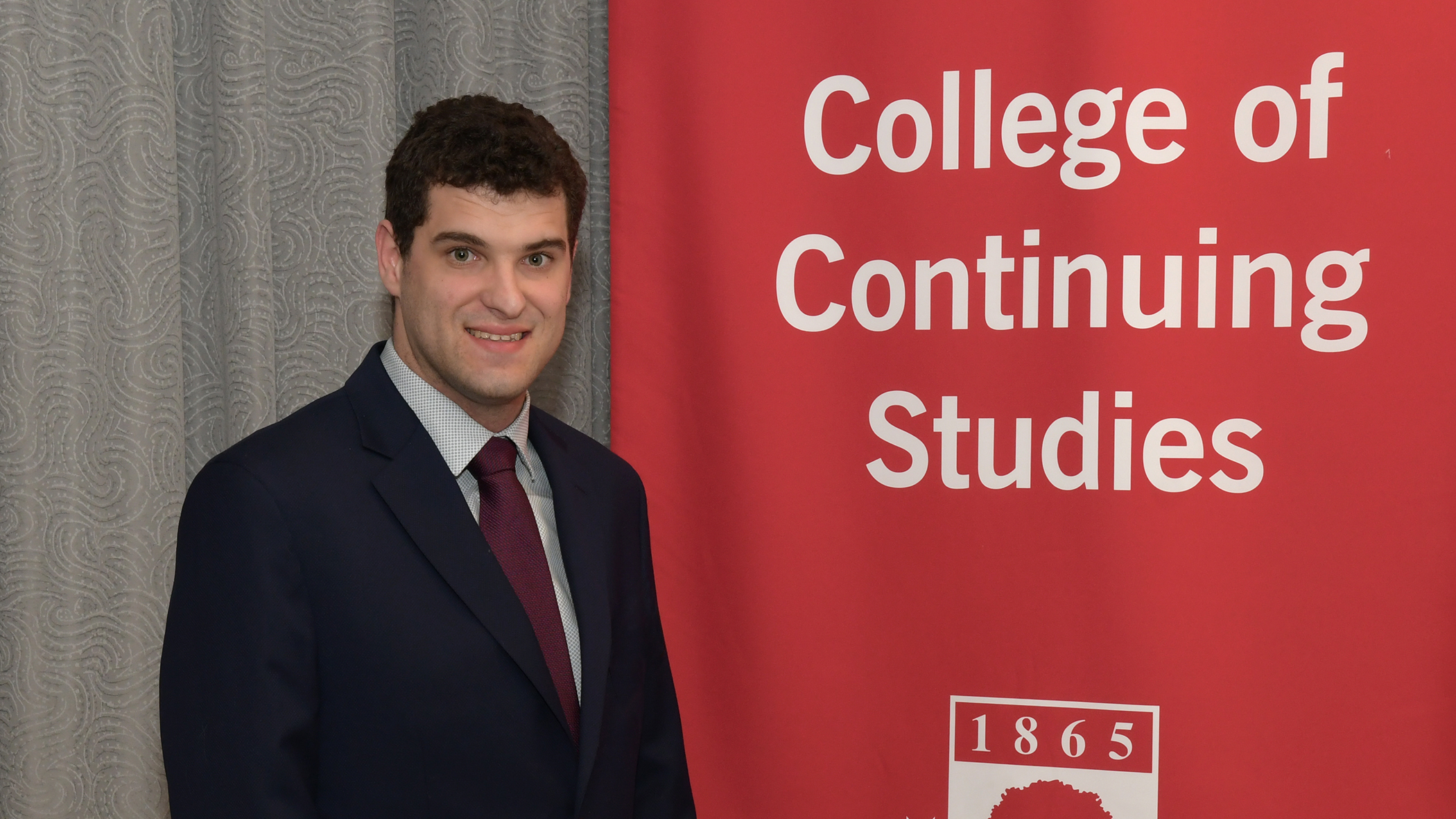 Robert Lott's spirit was broken as a high-school freshman. While attending a public school, he says he received the message "several times" that he would never succeed in college.

This month, Lott will receive a bachelor's in psychology from Rider University when he proudly joins his peers from Rider's College of Continuing Studies during this year’s Commencement ceremony. He has also been awarded the Ralph F. Gommer Award, given to a Rider student who has demonstrated the most significant scholastic improvement.

The first step on his journey toward a college education began as a teenager when he enrolled at The Lewis School in Princeton, which provides programs designed to address learning differences through multi-sensory processes and strategies tailored to each student’s academic, communication and social needs. “Lewis changed my life,” Lott says.

He learned to read and write and developed the confidence to tackle the rigor of college-level work. Still, when Lott enrolled at Misericordia University in 2012, he was overwhelmed by the demands of a full course load. In the fall of 2013, he transferred to Rider and opted to take classes part-time while also working part-time at a car dealership.

To manage his schedule, he registered for two classes each semester, along with classes in the summer and the JTerm winter session. Recognizing that he has difficulty multitasking and deficits in processing information, Lott knew he was limited in the number of assignments he could handle at one time.

He also benefitted from personalized academic advising and student support while working closely with Dr. Barbara Blandford in Rider’s Student Accessibility and Support Services, which offers a range of services to assist students with documented disabilities.

“One of Rob's strengths is that he has an excellent understanding of how he learns and what works best for him," Blandford says. "This has allowed him to be a successful student, to be a full participant in determining the accommodations appropriate to the class and his needs, and ultimately to go on to a master's program."

While Lott was pacing his way through classes, it was difficult for him to see his friends graduating while he was only in the early stages of his college education. But he learned not to compare himself with others. “There is no right or wrong path for me, just a different path,” he says.

It's a message he shared with current Lewis School students when returned to his alma mater as an intern for his senior capstone project. He was excited to see his former teachers, and they were equally thrilled to have him back to inspire their current students.

“We are indeed very proud of our alumnus Rob Lott," says Director of The Lewis Clinic Chantra Reinman. "As a student, he was steadfast in his commitment to unlocking his academic potential. As an intern, he was as committed — this time not to his own personal and academic growth alone but to the growth of the students with him. He showed respect for the educational process and exercised compassion and maturity each and every day.”

Beyond helping young students navigate through their current and future plans, Lott also volunteered as a student at Pickering Manor, an assisted living facility in Newtown, Pa., helping the senior community.

“Rob is an exceptional young man and it is my pleasure to work with him," says Meri Barboni, admission and social services director at Pickering Manor. "His innate emotional wisdom and strength will guide him to influence and bless lives of people in his path.”

These off-campus work experiences provided Lott with the knowledge, skills and aspiration to continue his education. This fall he will attend Kutztown University in pursuit of a master's in social work.

Lott looks forward to a career as a school social worker to ensure children receive the proper care and support in identifying the proper learning environments. He is also considering working with seniors in a community setting or perhaps children and families in a protective agency.

"Words once eluded him," says Reinman. "He will now use words to speak for those who cannot yet speak for themselves.”