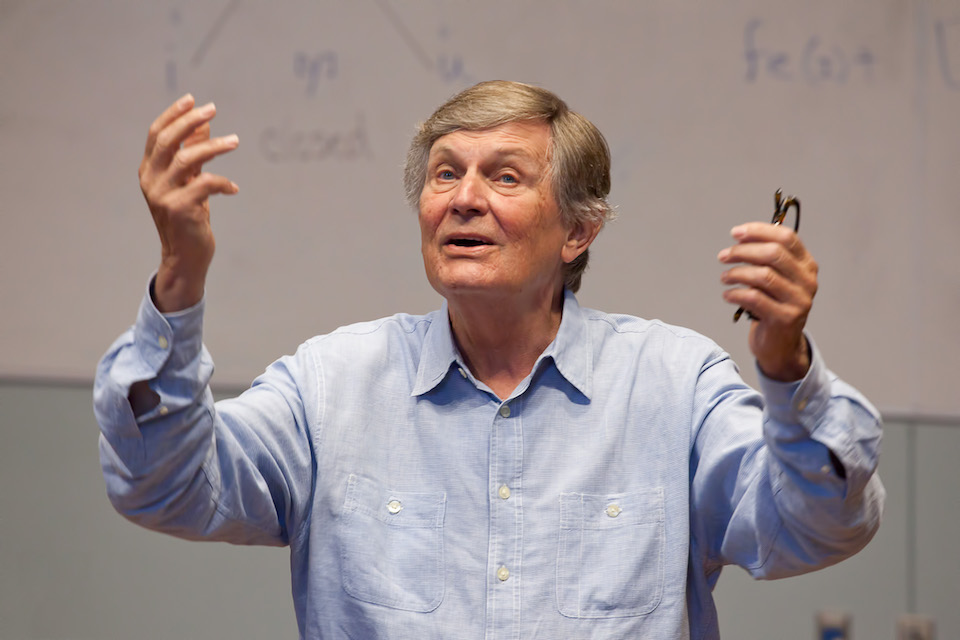 Joseph Flummerfelt, emeritus professor of choral conducting, conductor laureate and former artistic director at Westminster Choir College, died on March 1, 2019 in Indianapolis.  He was 82.  Musical America’s 2004 Conductor of the Year, Dr. Flummerfelt was founder and musical director of the New York Choral Artists; for 33 years he was conductor of the Westminster Choir. In 2016 he retired from 44 years of choral preparation for the New York Philharmonic.

Joseph Flummerfelt’s Westminster Symphonic Choir and New York Choral artists have been featured in 45 recordings, including Britten's War Requiem and Brahms' Ein Deutsches Requiem and Schicksalslied with Kurt Masur and the New York Philharmonic; Mahler's Symphony No. 2 and a Grammy Award-winning Mahler's Symphony No. 3 with Leonard Bernstein; Puccini's Tosca and Berlioz's Romeo and Juliet with Riccardo Muti and the Philadelphia Orchestra; and Messiaen's Le Transfiguration de Notre Seigneur Jesus Christ with the National Symphony. His collaboration with Samuel Barber included the Grammy Award-winning recording of the composer's opera, Anthony and Cleopatra. In 2004 he was awarded a Grammy for the New York Choral Artists recording of John Adams’ On the Transmigration of Souls with Loren Maazel conducting the New York Philharmonic.  Earlier, he was nominated for the Westminster Choir’s recording of Haydn’s Lord Nelson Mass with Leonard Bernstein and the New York Philharmonic, and Berlioz’s Romeo et Juliette with Riccardo Muti and the Philadelphia Orchestra.

Among the many recordings he made with the Westminster Choir, Singing for Pleasure, his Delos recording of Brahms' choral works, was chosen by The New York Times as a favorite among all existing Brahms recordings. Their 2004 recording Heaven to Earth received high critical acclaim and their 1981 release Folk Songs remains a standard for American recordings of that genre. Folk Songs included a number of arrangements by the conductor, including Danny Boy, a signature work of Flummerfelt and the Westminster Choir, sung on their many tours throughout the United States, Korea, France, and Italy.

As an orchestral conductor, Flummerfelt made his debut with the New York Philharmonic, conducting Haydn’s Creation in 1988.  In 2001, he conducted the world premiere of Stephen Paulus’ Voices of Light with the Philharmonic and the Westminster Choir.  He also appeared as guest conductor with the New Jersey Symphony Orchestra, Orchestra of St. Luke’s, the Juilliard Symphony Orchestra, and the San Antonio and Phoenix symphonies. He also conducted more than 60 choral/orchestral performances with the Spoleto Festival Orchestra in the United States and Italy.

In 2004 Dr. Flummerfelt retired from his position as artistic director and principal conductor of Westminster Choir College in Princeton, N.J.  He began his academic career as director of choral activities at his alma mater, DePauw University, from 1964 to 1968.  He served in the same capacity at Florida State University from 1968 until 1971, when he began his tenure at Westminster.  After retiring from Westminster, he held many visiting professorships and conducted performances at a number of universities, including Eastman School of Music, University of Texas, New England Conservatory, University of Illinois, Kansas City Conservatory of Music and DePauw University. He had recently also served on the boards of the American Piano Association and Spoleto USA, as well as the “Music for All” Choral Music Artistic Committee for the National Choir Festival.

For 37 years he served as director of choral activities for the Spoleto Festival U.S.A. in Charleston, S.C., from which he retired in 2013; and for 23 years he was the maestro del coro for the Festival dei Due Mondi in Spoleto, Italy.

A master teacher, Flummerfelt’s many former students occupy a number of major choral positions throughout the United States. Yannick Nézet-Séguin, the conductor of the Philadelphia Orchestra and the Metropolitan Opera, studied with Flummerfelt as a teenager in an advanced conducting summer workshop, and he cites him as one of the two major influences in his life as a conductor.  A 2009 New York Times article wrote, “Mr. Nézet-Séguin called those sessions with Mr. Flummerfelt the only significant conducting lessons he ever had.”

Donald Nally, another former student, who is now director of choral activities at Northwestern University and the founder and artistic director of The Crossing, a professional choir and the recipient of two consecutive Grammy Awards, collaborated with him on the 2011 book Conversations with Joseph Flummerfelt.
​
In addition to his Grammy awards and nominations, Dr. Flummerfelt’s honors included Le Prix du President de la Republique from L’Academie du Disque Francais.   He was awarded honorary doctorates from Westminster Choir College of Rider University, Purdue University, Vincennes University, Ursinus College, and DePauw University.  He received DePauw’s two highest alumni awards: the Old Gold Goblet in 1988 and the DePauw Gold Medal in 2005.

A  memorial service will be held Friday, May 3 at 11 a.m. at St. Paul's Episcopal Church in Indianapolis.  Plans are being finalized to honor Joseph Flummerfelt's life and legacy in Princeton.