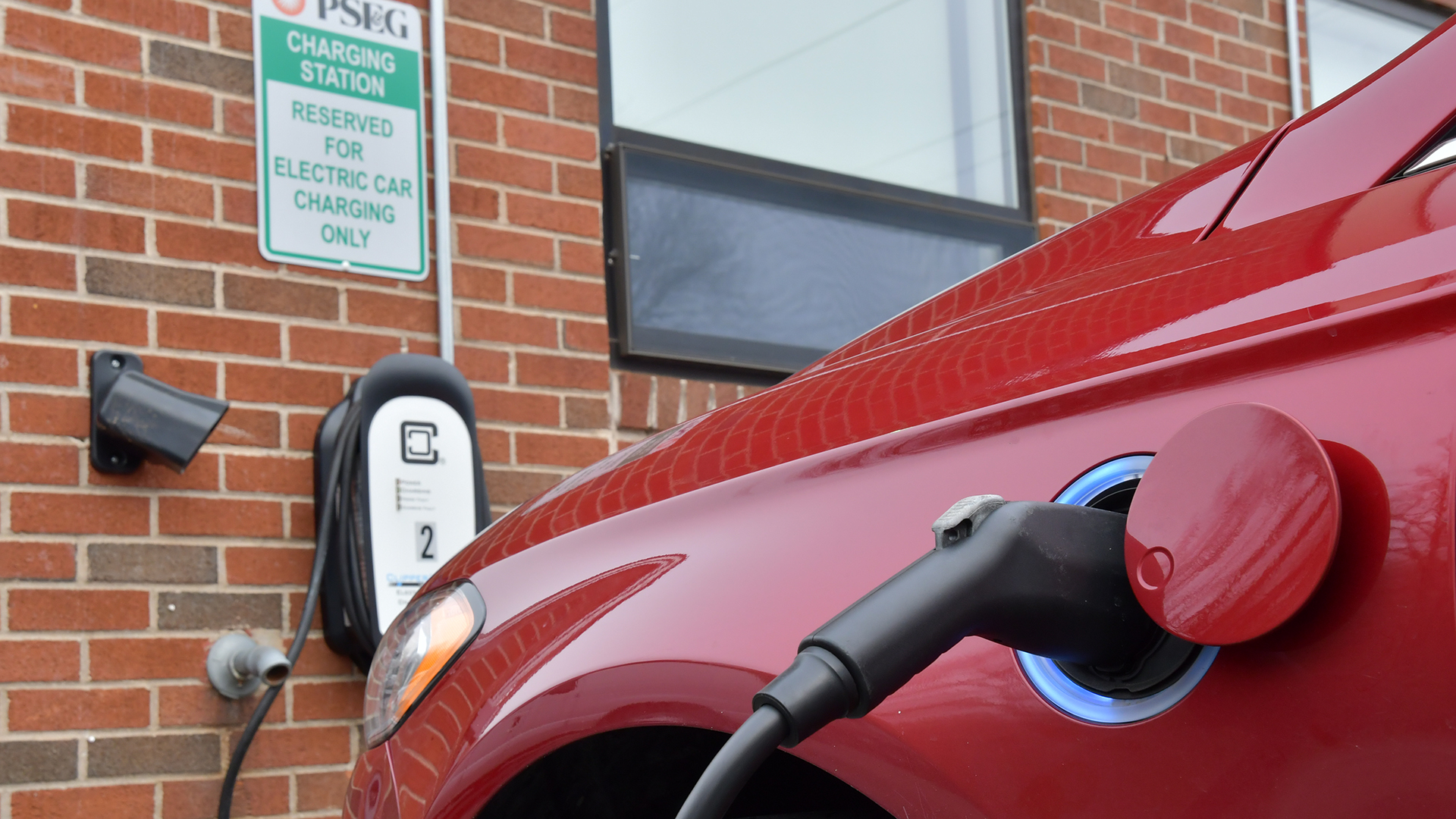 Recognizing the University’s efforts to be environmentally conscious, the New Jersey Department of Environmental Protection named Rider a winner of the New Jersey Charging Challenge: Electrify Your Workplace recognition program in December 2018.

Rider received a certificate of recognition for its installation of five single-port level two electric vehicle (EV) charging stations and the use of smartphone applications that provide information on proper charging etiquette.

“It feels great to be recognized for a project that contributes to Rider’s environmental impact reduction goals. This particular program makes me proud that we are encouraging our Rider community members to consider plug-in vehicles,” says Rider LEED Green Associate and Sustainability Manager Melissa Greenberg. “Having an incentive like free EV charging at work is a very positive motivator and shows our commitment in a very visible way.”

The apps that Rider EV drivers can download include Liberty Access, which allows users to determine and evaluate the kilowatt-hours charged, which is the electricity used to power EVs.  The Liberty Access app also allows users to start and stop charging their vehicles remotely and it sends a message when a vehicle is fully charged. WhatsApp Messenger is another tool where members can join a group to communicate the availability of the charging stations, which is convenient when users are located in buildings all around campus.

To meet the goal of the challenge, which was to recognize New Jersey organizations for their EV advocacy, the requirements were that the workplace has EV charging stations and the employers aid in improving the community environment and reduce air pollution from vehicles.

This was the first year that Rider qualified for the award (because of its recent EV charger installation). Winning included an invitation to be honored at the Governor's Environmental Excellence Awards ceremony on Dec. 10, 2018.

Offering a variety of education and outreach events aided in the decision to make Rider a winner. Some of those activities include a Green Film Series, hosted by Rider’s Office of Sustainability multiple times each semester, as well as hosting events to celebrate occasions such as National Campus Sustainability Day and Earth Day.  Rider’s partnership with PSE&G to produce renewable energy on the Lawrenceville Campus was included in these efforts as well.

For more than 50 years, New Jersey has made advances in reducing air pollution through its implementations of programs, including a push toward zero emission vehicles like EVs, according to the DEP’s congratulatory letter sent to Rider. Transportation is the largest source of emissions in the state.

Clusters of charging stations continue to grow around the state at least in part because of the New Jersey’s Charging Grant Program expansion last summer.

Rider has received several accolades recently for its sustainability initiatives, including being named a Green College by Princeton Review for the 9th straight year and receiving its first New Jersey Smart Workplaces Award by the Greater Mercer Transportation Management Association.

Significant progress has also been made in Rider’s commitment to being carbon neutral by 2050, such as having 65 percent of the university’s annual energy use being offset in the form of green-e certified RECs from national wind energy production and an on-campus trigeneration energy plant for utilization of natural gas to generate electricity.

Since the adoption of the Carbon Neutrality Plan in 2010, 25 percent of its overall goal has been met.

In the future, Greenberg hopes to install solar canopies over the University’s parking lots, as well as to add more EV chargers for what she sees as a growing demand.

“We need to spread the chargers out to make them more convenient for EV drivers who work in different buildings around campus,” Greenberg says. “This is only the beginning for EV drivers; I believe that population will continue to grow.”