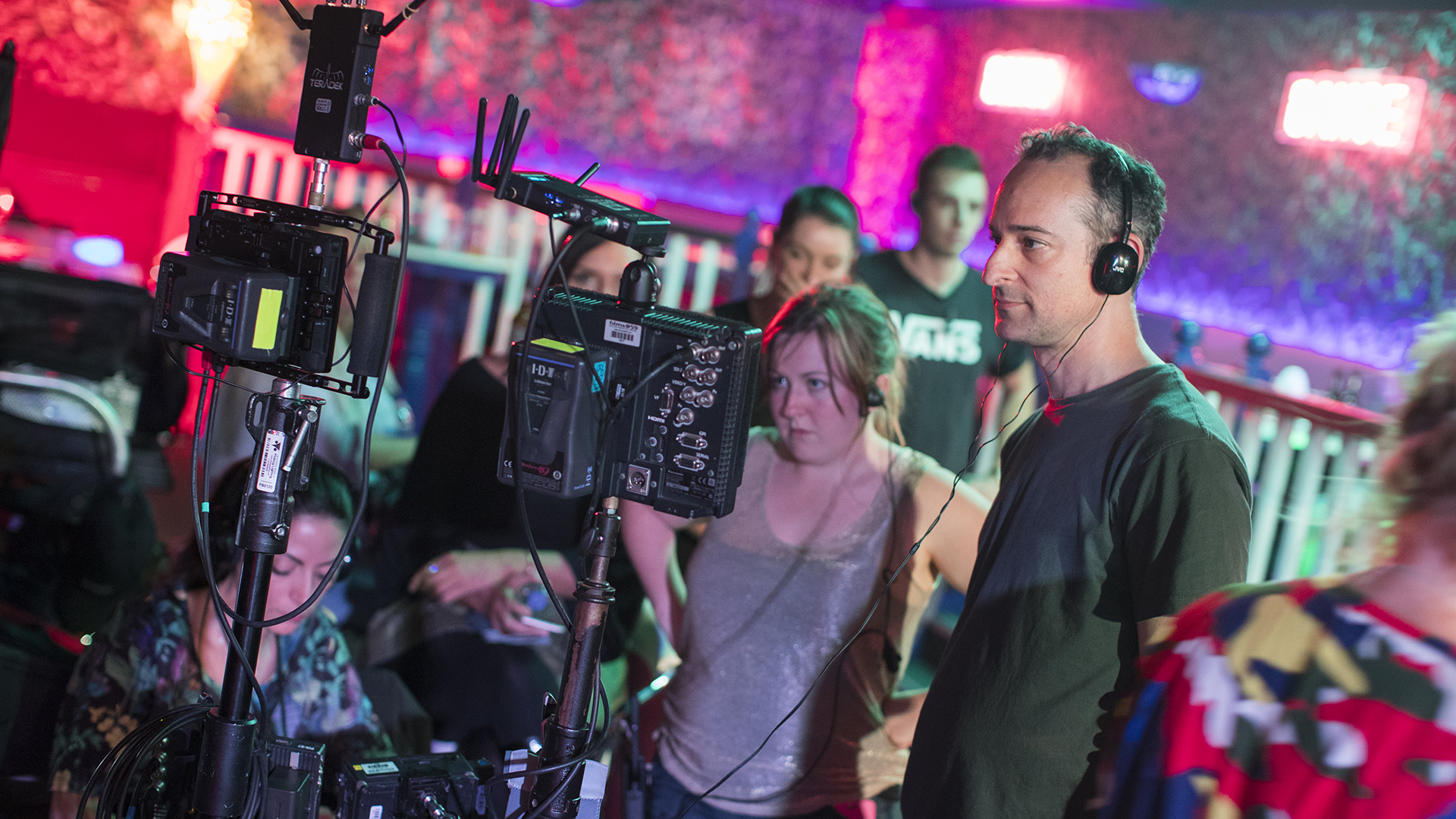 The film is Stern’s fourth full-length as director. He has produced and directed more than 30 short films that have played at festivals across the U.S. and Canada, as well as theater productions.

Shot over three weeks in the United Kingdom, Say My Name takes place on a fictional Welsh Isle and tells the story of a one-night stand gone wrong. Currently touring film festivals internationally, the romantic comedy caper is set for a wider release in 2019.

The film was written by Deborah Frances-White, a comedian who hosts the popular podcast The Guilty Feminist, and stars Lisa Brenner, an actress who appeared in the 2000 film The Patriot starring Mel Gibson. She and Stern (the two are friends) helped develop the screenplay.

“Lisa wanted to take on a new, gutsy project, and I was looking for a fun and engaging project that could push me forward as a director,” says Stern, who began dreaming of making movies as a child tinkering with a Super 8 camera. His first feature film, an adaptation of Middleton and Rowley's The Changeling, opened in New York City in 2007. Two others followed, Spirit Cabinet in 2013 and The Adventures of Paul and Marian in 2014.

“As a director, I’m always looking to capture little moments of beauty, something that’s happening that’s passionate or comedic or dramatic,” Stern says.

Based in Manhattan, Stern began teaching at Rider as an adjunct last year. This fall, he joined the Department of Communication and Journalism as an assistant professor. Stern is currently completing his doctorate in media philosophy. He received a bachelor's in writing from Columbia University and a master's from European Graduate School in Switzerland. At Rider, he teaches various classes on both the aesthetics of film as well as field production.

“I’m trying to get students to see and think cinematically, but on a practical level, they have to know the technical side,” Stern says. “I’m talking to them about aesthetics and poetic language, but I’m also teaching them how to wrap a sound cable. My goals are for them to become proficient in cinematic language and have the tools to tell effective stories in this medium and the skills to excel in the environment of a professional film production.”

Students majoring in Filmmaking, TV & Radio have the opportunity to learn the fundamentals of successful production in a small classroom setting and in Rider's television and radio studios, as well as out in the world through internships and co-ops. The University's 14-week Semester in LA program also offers students in the Department of Communication and Journalism an unforgettable way to experience and work first-hand in the world’s center of media production and entertainment. Since joining the department, Stern has also used his professional connections to conduct a weekend workshop for his students in visual language in filmmaking. Other workshops, on cinematography and dramatic writing, are in the works for next semester.

Say My Name was accompanied by the largest budget of Stern’s career. “Even though I’ve gone through several feature-length productions before, it doesn’t make it any easier, though you do know what you’re in for,” he says. “I’ve learned to trust my instincts, how to respond creatively to unexpected problems on set and how to establish the tone of the work environment on set. I like to be open and collaborative and create a cheerful environment, but you can’t be too laid back.