Since 2000, the chapter has helped teachers teach writing, and so much more 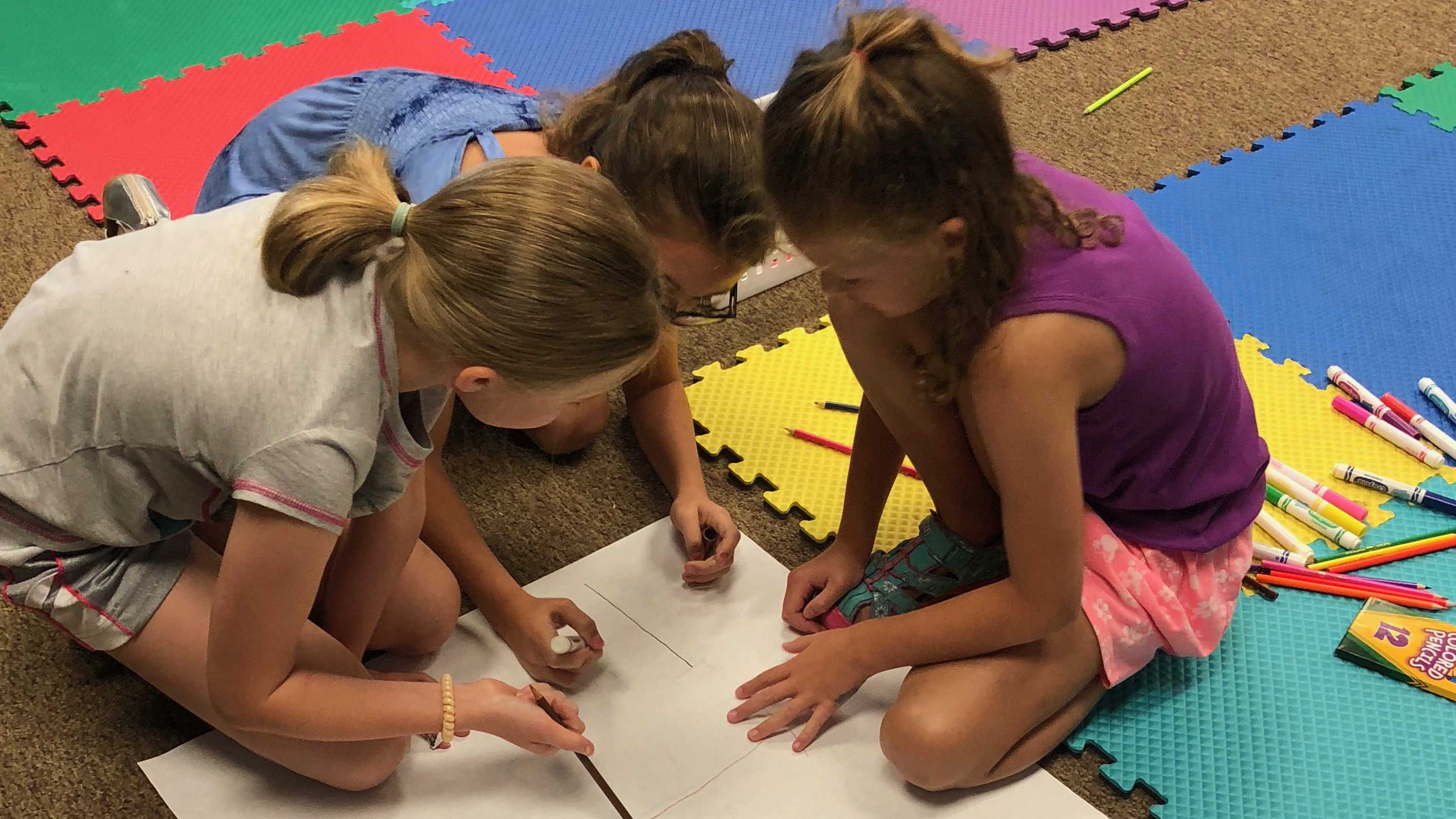 In 2000, three Trenton-area elementary school teachers approached Carol Brown, their former professor of teacher education at Rider University, with an idea to help improve the reading and writing in their schools. Their plan was to form a local chapter of the National Writing Project, an organization that was launched in 1973 at the University of California at Berkeley.

The National Writing Project, which is dedicated to teachers’ self-improvement in the teaching of writing and in their own writing, is comprised of nearly 200 affiliates anchored at colleges and universities, and supports teachers across all disciplines, from pre-kindergarten through grade 12.

After applying for and receiving funding from the national organization, Brown and co-founders Louise Beste, Susan Kadish and Ruth Palmer formed what was then called the Trenton Area Writing Project. “Every summer we held an institute for three or four weeks,” recalls Brown, who later became associate dean of the College of Liberal Arts, Education and the Sciences at Rider before retiring in 2009. “We ran it like a summer course on campus at Rider. And then during the winter, the teachers who had participated would attend meetings back on campus, and we would go out to their schools and help them provide workshops for the other teachers in their buildings.”

After several years of sustained growth, the organizers decided to expand beyond the Trenton area. “We changed the name to the National Writing Project at Rider University (NWP @ Rider),” says Brown. “We then reached out to neighboring communities like Lawrence and Hamilton and Ewing and across the river to some of the Pennsylvania districts and invited teachers from all over the area to come to the summer institute.”

Today, NWP @ Rider has grown into a year-round series of events, with approximately 200 educators from Mercer County and the surrounding area taking part annually. In addition to the flagship summer institute, the diverse offerings include a literacy fair, quarterly “continuity sessions,” a youth writing camp, and K-12 school and district-based professional development.

Heather Casey, a professor of literacy education and site director of NWP @ Rider, believes that what makes the program so special is the dedicated team of educators K-16 who make up the full NWP @ Rider leadership team and oversee and support all areas of the organization. “The National Writing Project recognizes that when educators are driving their own professional learning, more effective instruction happens in the classroom,” she explains. “Our programming is centered around the needs of the local educators and often driven by their ideas. The programs themselves are not prescriptive, but collaborative.”

Another core belief of NWP @ Rider is that writing is fundamental to learning across all curricula. As such, the program’s offerings are relevant to all teachers, not just those who teach English/language arts.

“All disciplines have a literacy lens that allows students to be successful,” Casey says.  “Take math, for example. You need to read a word problem differently than you do a narrative. If students are having difficulty, it may not be because they’re unable to solve the equation, it may be that they’re not able to resolve the information that’s in the text to get to the math. The same is true for science or social studies. So there’s growing awareness that we need to help students with literacy strategies for success across all disciplines.”

Since NWP @ Rider’s founding, the summer institute has been a cornerstone of the program’s success. This year’s institute will take place from July 9-12, where attendees will take part in four days of instruction and collaboration. The week will conclude with a brand new event, called “Writing in the Wild,” on July 13.  Participants will meet at the Tulpehaking Nature Center, where they will read nature writing and share techniques for getting started, and then spend time on the nature trails writing.

Also in July, NWP @ Rider will be hosting a Kids’ Writing Camp for incoming third through eighth graders. Over the course of eight sessions, students work with teacher consultants in small group settings on creating and publishing their own original work, including books, websites and animated videos.

Four times throughout the year, NWP @ Rider hosts continuity sessions, which are after-school community workshops focused on a variety of literacy topics. For example, on May 8, NWP @ Rider held a “Meet the Authors” event, where four local authors offered advice to attending teachers on subjects ranging from getting their own books published to motivating young writers in their classrooms.  Other topics of recent continuity sessions have included STEAM (Science, Teaching, Engineering, Arts, Mathematics) Literacy, and Mindfulness for Educators.

In Casey’s opinion, one of NWP @ Rider’s most successful events is its annual literacy fair —a series of roundtables where teachers discuss topics such as new teaching methods they’re trying out in the classroom, or work connected to grant-funded projects. “They share their ideas, and from the sharing comes really great conversations that create more opportunities for sharing,” she says. “Everyone, myself included, leaves energized about things that are happening at schools.”

Funding for NWP @ Rider comes from a variety of sources. For many years, the National Writing Project received federal support that was then dispersed to the local affiliates. While federal funding is now limited, local sites, including Rider, now apply for specific competitive grants. Organizers also seek out external funding from other grant opportunities to deliver low-cost or no-cost opportunities to educators and children. Fee-based programs provide an additional source of funding.

Looking back on her experience with NWP @ Rider, Brown takes great pride in the achievements of the participants. “Teachers have had revelations into the way they’re teaching writing that have changed their teaching lives in some cases,” she says, adding that the successes have gone beyond the classroom. “We’ve had several teachers from the program who are now published authors. We require them to write something when they’re with us during the summer, whether it’s a story for young children, an article for a journal or a novel or a play. Sometimes they continue even after the session is over, and that’s been fabulous.”

Karen Sapudar, a 5th and 6th-grade writing teacher at the Pace Charter School of Hamilton, says that thanks to NWP @ Rider, she is better able to connect with students to whom writing doesn’t come naturally. “Not everyone likes to write. For some, it is a struggle that frustrates them very easily. I want my students to love writing. I want them to feel relaxed in my class and inspired to put their thoughts down on paper. That comfortable, have fun, write-for-yourself sensation is what I have brought back to my students. I now have writers that don’t ‘absolutely hate’ writing anymore, and it is a joy to watch their creativity shine.”

Kathleen Troy, a 7th grade English teacher in Edison, has also found NWP @ Rider to be extremely beneficial. “It allowed me to collaborate with like-minded educators who are passionate about writing for varied purposes,” she says. “I wrote. I shared. I got feedback. I felt supported. This was an invaluable experience that inspired me in so many ways. I attacked this current school year with renewed energy and positivity!”

Even after 18 years, NWP @ Rider is continuing to find new avenues to promote its mission. “I think the beauty of the National Writing Project and the local affiliations is that each site can respond to the unique setting in which it is situated,” says Casey. “We are not bound by a prescription of what should or shouldn’t happen, but instead are guided by what we are identifying as needs in our community. And that allows us to evolve and grow.”

For the first time, NWP @ Rider is looking to expand beyond offerings for educators and children and is exploring the possibility of community-based programming. To achieve that goal, organizers are in the process of seeking out grant funding to partner with a local community organization that provides support to families in times of crisis, and to provide a writers’ workshop experience for adults seeking to grow professionally and personally.

Information about current and future NWP @ Rider programs can be found at www.nwprider.org.