Rider junior selected in 7th round of MLB draft 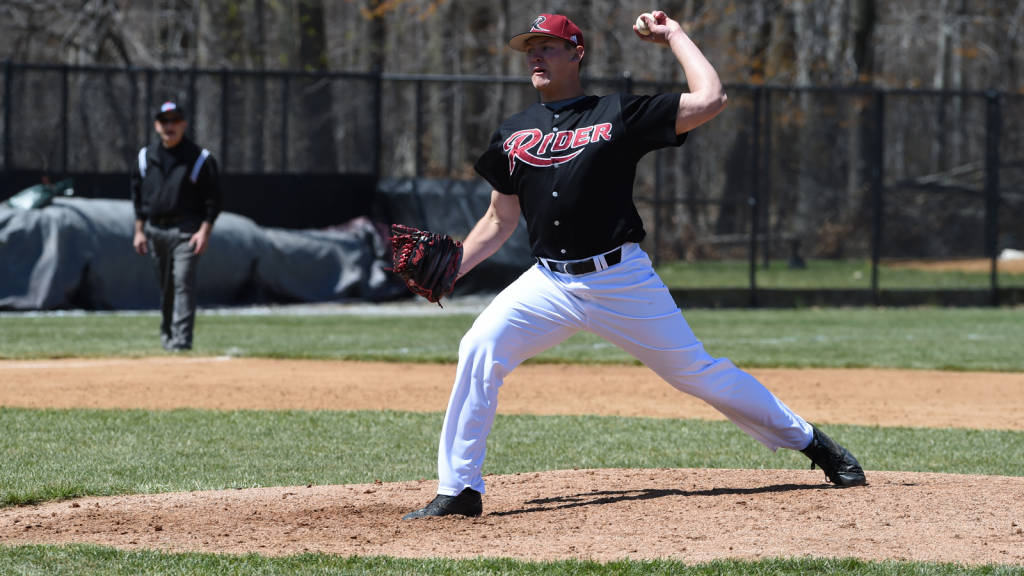 Margevicius becomes the 64th Bronc to be picked in the MLB draft and he is the highest-selected Rider student-athlete since Ken Kramer went in the fourth round in 1988. Under current Rider Head Coach Barry Davis, he is the sixth Bronc to go in the MLB Draft.

“I'm very proud of Nick,” Davis said. “He made a commitment to become a professional pitcher and now he gets the chance. He has a tremendous work ethic with a plus make up. The Padres organization got a good guy who has all of the tools.”

Margevicius, a 6-5 starting pitcher, earned postseason accolades from the Metro Atlantic Athletic Conference (MAAC) for the second straight year as he was tabbed First Team All-MAAC after landing on the Second Team as a sophomore.

"Playing baseball has been a dream of mine since I was three years old," Margevicius said. "This experience is a result of a lot of hard work and sacrifice from my family, my coaches and teammates I've had over the years. I had a lot of people help me out along the way and I wouldn't be here without them. Coach Davis had faith in me when a lot of other coaches didn't and I'm happy with what I've been able to do at Rider. Getting drafted on my dad's birthday means the world to him and me."

This season, the southpaw went 6-4 with a 2.89 ERA in 87.1 innings of work. Margevicius struck out 79 hitters and had a WHIP of 1.24 in 14 appearances (13 starts). He tossed two complete games during this spring, including his last home start in MAAC play against Monmouth, and he picked up his first career save during the final weekend of the regular season at Youngstown State.

He led the team in wins, innings pitched, WHIP, ERA, strikeouts, complete games, quality starts and strikeout-to-walk ratios (3.5-to-1). Margevicius went six or more innings in 11 of his 13 starts in 2017 and he has eight quality starts.

Amongst starters in the MAAC, he ranked third in ERA and innings pitched, fourth in batters struck out looking and tied for fifth in wins.