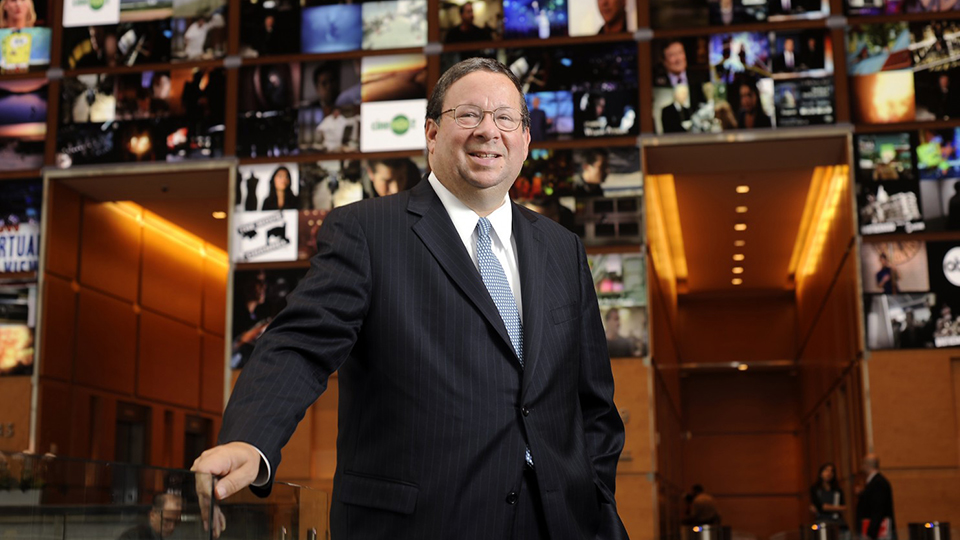 Senior Executive Vice President David Cohen of Comcast Corporation will discuss "The Business and Politics of Media" on Monday, Nov. 14, at 7:30 p.m. at Rider University. This post-election event, which is free and open to the public, will provide an inside view of the global media and technology company.

Cohen will discuss the interplay between politics and media and provide insight into one of the nation’s leading providers of entertainment, information, and communication products and services. NBC10 anchor/reporter Rosemary Connors will moderate the event.

“This event provides a unique opportunity to understand a media giant from the inside,” says Jonathan Millen, dean of Rider’s College of Liberal Arts and Sciences. “David Cohen is well positioned to provide insight into the changing ways in which media are shared and consumed and the effects that has on our political and personal lives.”

Before joining Comcast, Cohen served as a partner in and chairman of Ballard Spahr Andrews & Ingersoll, LLP, one of the 100 largest law firms in the country. From January 1992 to April 1997, Cohen served as chief of staff to the Hon. Edward G. Rendell, mayor of Philadelphia, where he played a critical role involving a variety of policy and operational issues relating to the city.

Cohen, who lives in Philadelphia with his wife and their two sons, has received numerous awards for his civic and charitable activities, as well as honorary Doctor of Laws degrees from Drexel University and Rider. He serves on many distinguished boards and committees, including as chairman of the Trustees of the University of Pennsylvania and its Executive Committee. He also serves as a member of the Trustee Board and the Executive Committee of Penn Medicine.

Emmy-winning journalist Rosemary Connors joined NBC10 in 2009. She can currently be seen anchoring NBC10's weekend morning newscasts and reporting for NBC10's newscasts during the week. Connors is a three-time Mid Atlantic Emmy Award winner, most recently for her ongoing coverage of school closures in the Philadelphia School District.

The event is made possible by a generous gift from Rob Hagedorn ’81.

Rider will host the event in the Cavalla Room inside the Bart Luedeke Center on the University’s Lawrenceville campus. RSVP is requested by visiting www.rider.edu/cohen.