Symposium examines the role of music in film

‘Film Music Inside & Outside of Hollywood,’ a symposium presented by the Film and Media Studies program, takes place Oct. 16 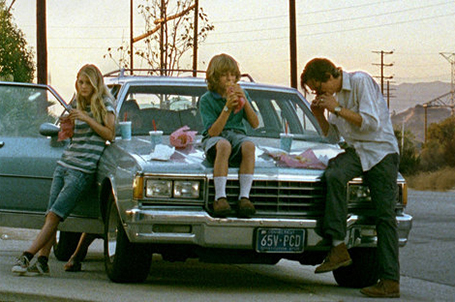 For her first feature-length film, writer and director Olivia Silver wanted the music to create a sense of nostalgia. While assembling the film — a coming-of-age story called Arcadia — she recalled the feeling of listening to certain songs as a teenager and being moved to tears. She wanted Arcadia’s music to evoke similar feelings.

In her previous short films, Silver created soundtracks by working with composers and music supervisors. For Arcadia, she hooked up with The Low Anthem, a folk-rock band who had released several albums but never composed for the screen. Silver worked with the band much the same way she works with actors, collaborating on how to achieve one aim: “It has to move you — that’s the point,” she says of film music in general during a phone interview from New York City.

Silver will appear alongside composers and academics during “Film Music Inside & Outside of Hollywood,” a symposium presented by the Film and Media Studies program on Oct. 16 at 6 p.m. in Sweigart Auditorium on the Lawrenceville campus. Hollywood studio musician Gary Nesteruk will also be present to talk about making music for dozens of Hollywood movies, including Spider-Man 3. Following their presentations, a roundtable discussion will feature Penn State professor and opera composer Paul Miller and Rider professors Jerry Rife and Cynthia Lucia.

Music in film serves several functions. Among them, it helps shape emotional responses, creates a rhythm to scenes and segments, and comments on the action. Music is often crucial to the experience of a scene and, in some cases, becomes as iconic as the movies themselves. Certain pieces of film music have transcended their cinematic roots, such the shrieking strings of Psycho and the haunting tuba of Jaws. Those musical accents mean terror whether or not they're associated with the images of showers and sharks.

“Film music is something viewers don’t pay much attention to, but they ought to,” says Lucia, who is also the director of Rider’s Film and Media Studies program. “We think of film as a visual medium, but music adds so much to the experience.”

The art of using music in film is to choose music that underscores emotion without telegraphing it, says Silver, a graduate of the UCLA MFA directing program. Music enters her mind early in the creative process, even while she’s writing scripts. Selecting or creating music grows in importance as she gets closer to production. “It happens gradually and organically,” she says. “As you get closer to production, it’s there most of all because that’s when you’re thinking about how the movie’s going to look and how you’re going to visualize it.”

As an independent filmmaker, Silver is often constrained by a limited budget that affects creative decisions. For Arcadia, which stars Oscar nominee John Hawkes taking his family cross-country in a beat-up station wagon, a crew member suggested Silver approach The Low Anthem — a band that operates in the world of independent music — to work on the soundtrack. The band’s sepia-toned sound proved a good match for the movie — an example of how constrained conditions can produce positive creative results.

Nesteruk, on the other hand, has helped create music for Hollywood blockbusters with huge budgets. He has been an active studio musician since 1983 and has performed on more than 100 films and television shows. His biggest movies include Spiderman 3, Rounders, Tales From The Hood, Murder At 1600, Swordfish and Sweet November. His work has been featured on cable offerings like Norma Jean and Marilyn and The Fatherland and on TV like Twilight Zone and 3rd Rock From The Sun. A Pittsburgh native, he received a bachelor’s in music education and a master’s in music performance from Indiana University of Pennsylvania.

“Film Music Inside & Outside of Hollywood” runs ahead of the spring symposium, which will focus on animation. Music is central to that art form, as well, though perhaps in a more obvious way. “Think of the way music can replicate the movement of character,” Lucia says. “Every step a character in a cartoon takes can be accented. Music in animation has many different functions.”

“Film Music Inside & Outside of Hollywood” takes place Oct. 16 at 6 p.m. in Sweigart Auditorium.