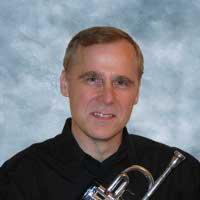 He performed in and composed and arranged for various bands and recording studios in Hollywood and New York City in the 1970s and 1980s. For more than ten years he performed in a jazz idiom as a "house pianist" in the atrium of a major Princeton hotel. He currently maintains active trumpet and piano performance schedules in area orchestras, chamber and jazz ensembles, concert and brass bands, and pit orchestras.

Mr. Green orchestrated Ahrens & Flaherty's Broadway show Lucky Stiff and co-wrote and performed on the score for the PBS documentary film Fat: What No One Is Telling You. He taught at many "jazz outreach" clinics and concerts sponsored by the Pennsylvania Jazz Society with Jerry Rife's Rhythm Kings jazz band, and at the Philadelphia Chamber Music Society's Children's Concert Series with the Jubilant Brass Quintet. He has taught at Westminster Conservatory's Summer Jazz Program and also has adjudicated for area jazz band competitions.

As a published composer, Mr. Green was appointed the Princeton Brass Band's composer-in-residence in 2008 and 12 compositions or arrangements have been premiered since then. A recent composition Keewahdin Connection for two oboes and piano was premiered by Elaine Douvas (Metropolitan Opera Orchestra principal oboist) at the prestigious Hidden Valley Music Seminars in Carmel, California. A chamber ensemble work Elegy: Before Their Time for oboe, harp, piano and strings was premiered at Rider University in 2014. Other recent commissions have included several compositions for concert band and other ensembles.